‘I spoke with him and it is a possibility’: Barcelona boss Ernesto Valverde says he may rest Lionel Messi for Huesca trip after Argentine was left bloodied and bruised from Man United match

Barcelona could rest Lionel Messi for their La Liga clash with bottom side Huesca on Saturday.

The Argentinian star was given the all-clear after scans following a collision with Manchester United’s Chris Smalling in the Champions League on Wednesday that left him bruised and bloodied.

But, with Barca 11 points clear at the top of the table and the second leg against United to come on Tuesday, boss Ernesto Valverde is set to make a number of changes. 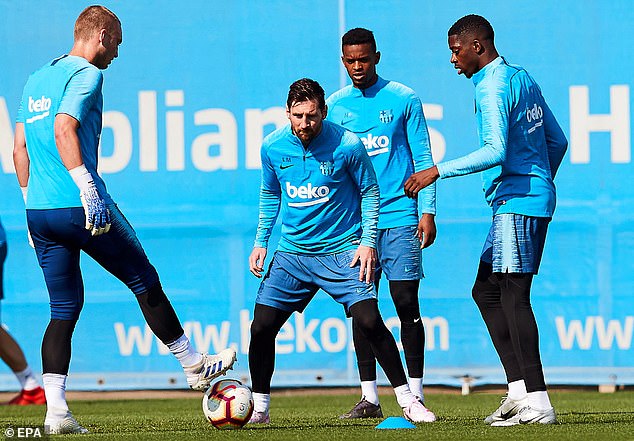 Messi was all smiles in training on Friday afternoon but Valverde strongly suggested he may opt to save his star man for the visit of Manchester United on Tuesday,

Valverde told a press conference: ‘It is possible that Messi will be rested. The blow was strong, as if a train passes over you. I spoke with him and it is a possibility.’

Valverde insists he does not yet think that Barca are assured of the title but feels he needs to find the right balance.

‘Circumstances are what they are,’ he said. ‘There may be changes tomorrow but we do not forget that we have 10 points left to be champions. No matter how much we think it is won, it is not, far from it. 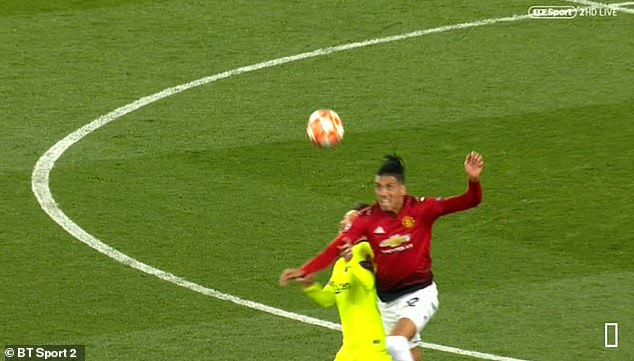 In the Champions League quarter-final first leg, Messi was roughed up by Chris Smalling 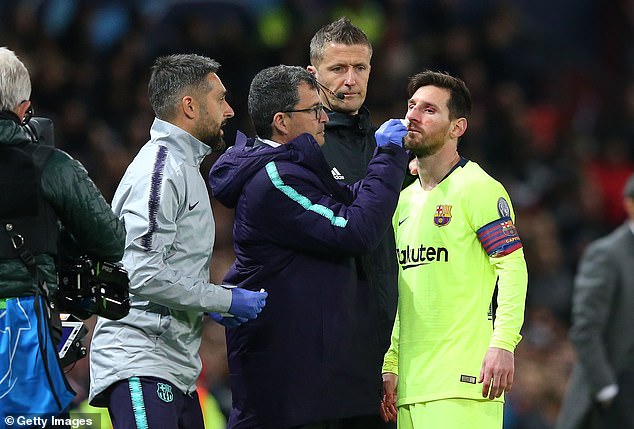 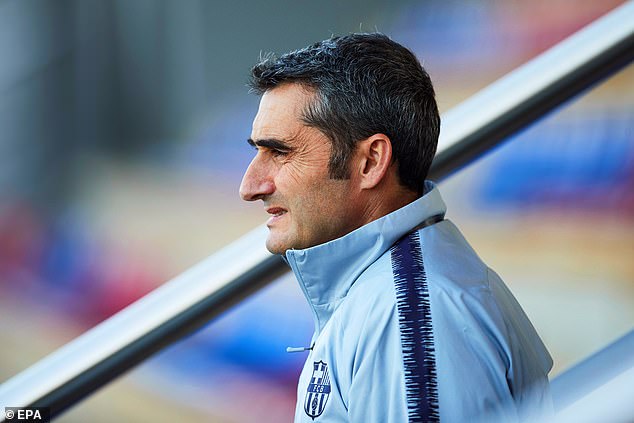 ‘The intention of the changes is to strengthen us and be competitive. It’s a risk, and it will also be a risk that they play on Tuesday. There are inactive players who have to play.’

Huesca lost 8-2 when the teams met at the Nou Camp earlier in the season and sit six points adrift of safety but have improved through the campaign.

Coach Francisco said: ‘Everyone can understand that it is the best time to face Barca, because they are in the Champions League and come from beating Atletico to leave LaLiga almost wrapped up.

‘But they always have the obligation to play well and win, regardless of the players who come. We have to be aggressive, but we must be balanced against a rival that with space is going to kill you. We are going to suffer.’

Top scorer Ezequiel Avila does not feel Messi’s potential absence will make too much difference, saying on sdhuesca.es: ‘He is the best player in the world, but they have many other great players and they will not all be missing.

‘We know that in this type of match we are not going to have many chances and that we have to take advantage of them.’ 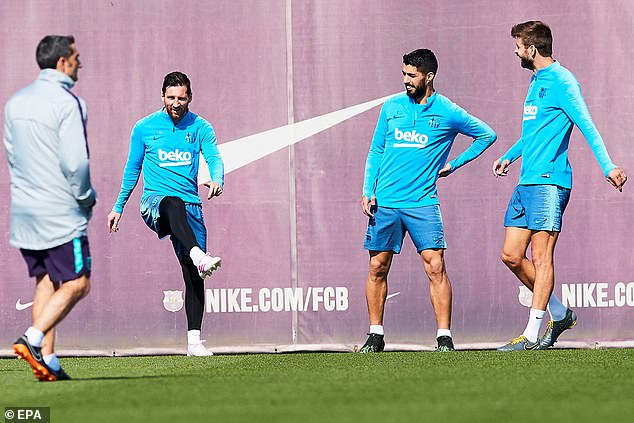 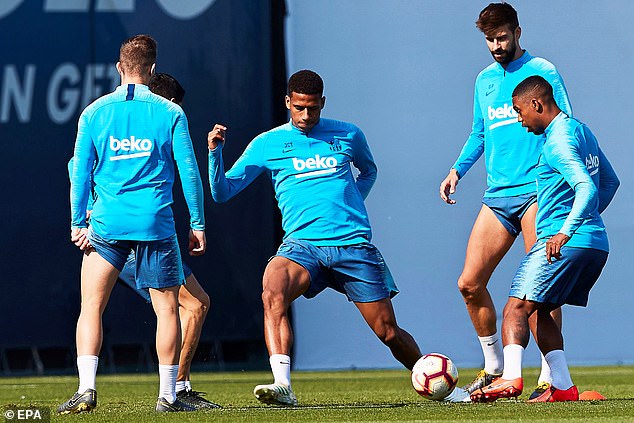