Dani Alves has revealed that Barcelona loved facing Arsenal in the Champions League as they ‘dominated and controlled’ them.

The Brazilian defender, who now plays for Paris Saint-Germain, faced Arsene Wenger’s side three times in the elite European club competition, sending the north Londoners packing on every occasion.

Lionel Messi famously netted four times in one game as Pep Guardiola’s side convincingly beat Arsenal over two legs 6-3 in 2010. 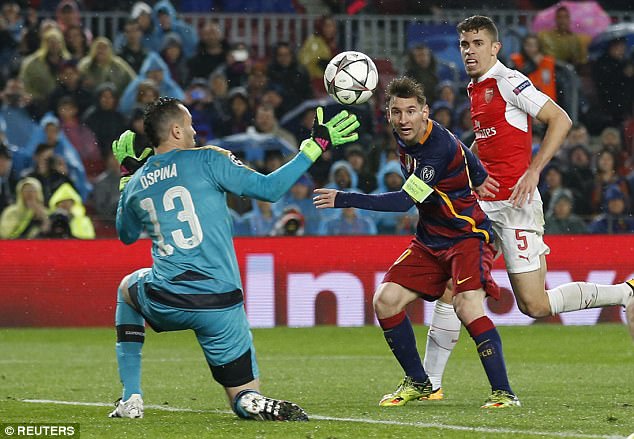 ‘They were a team we dominated and had a control over. Every time we faced Arsenal, we’d have a good result or good performance.’

‘They had a similar football style to ours, and this sometimes helped to facilitate our way of playing.’ 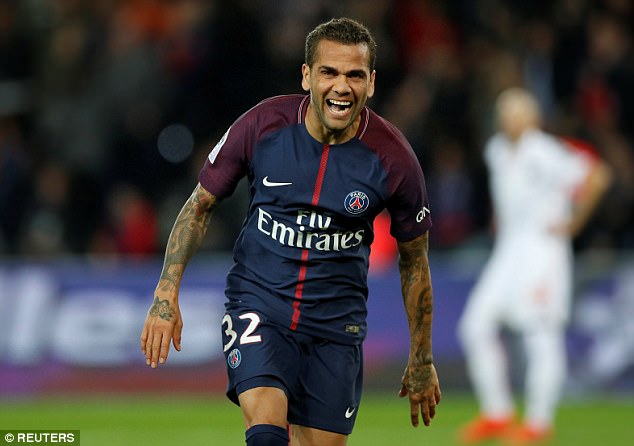 Dani Alves, now at PSG, revealed how he and Barcelona loved facing Arsenal in Europe

Arsenal were also eliminated in 2011 and 2015 as Messi struck three more times to send the Premier League side out in the knockout stages.

The Gunners failed to qualify for Europe’s premier club competition this season and currently play in the Europa League. They were held to a goalless stalemate by Red Star Belgrade on Thursday night.