Barcelona down Girona to continue winning start to season

Barcelona swept past Catalan neighbours Girona 3-0 for their sixth straight win of the new LaLiga campaign, thanks largely to two own goals.

The league leaders forced both Francisco Aday and Gorka Iraizoz to put through their own net, in a competent victory that cemented their four-point lead at the top of the table.

Luis Suarez powered home his 87th Barcelona goal on his 100th club appearance after the break, and even forced Iraizoz’s own goal with a cute step over.

goal that stood out on the night. Tie in Aleix Vidal’s smart backheel to boot and Barcelona’s power and panache was clear to see once again.

Stat of the day: 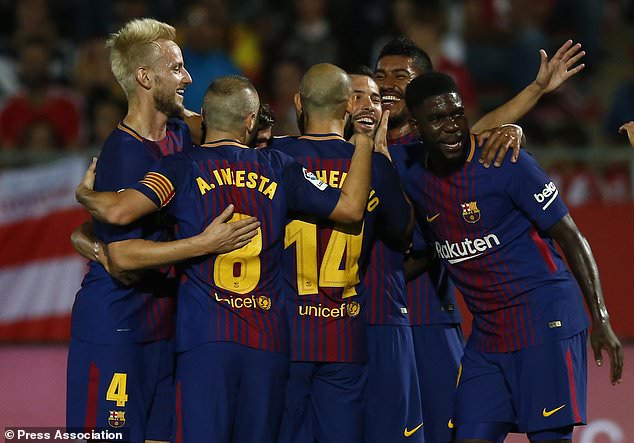 Barcelona have won their last 13 LaLiga games, equalling their best run since October 2013 under Tito Vilanova.