Luiz Suarez has returned to Barcelona for pre-season early in a bid to regain fitness ahead of the new season.

The 32-year-old was given extra time off due to his participation in the Copa America but was evidently eager to get back to the grind, coming back six days earlier than scheduled.

Suarez was put through a rigorous sandpit routine on his own as he attended his first session back at Barcelona’s Ciutat Esportiva Joan Gamper training base on Friday. 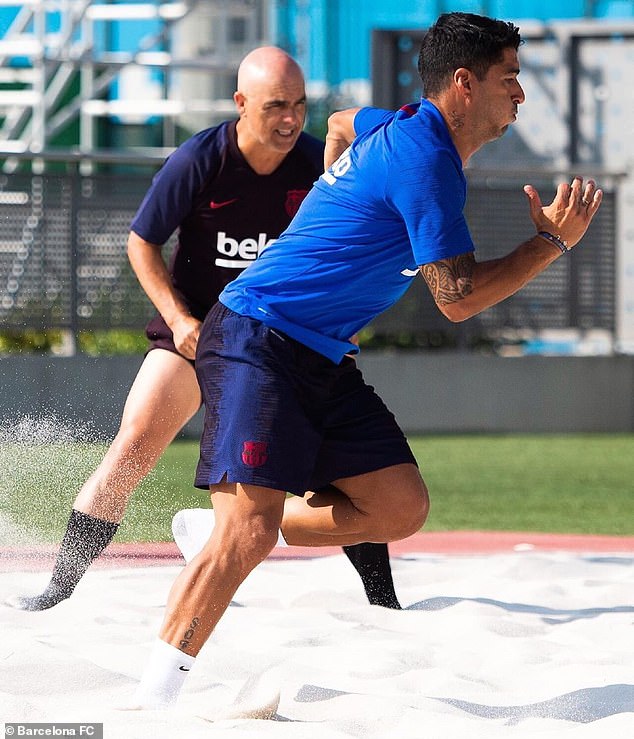 The forward was seen sprinting, twisting and turning sharply through the sand as he trained in the sweltering Spanish sun.

Suarez later worked with a resistance band with a member of the Barcelona fitness coaches before working on his leg strength in the gym.

The arrival of Antoine Griezmann is likely to cause competition for places and Suarez, although is expected to remain a starter, seems keen to get himself fully ready to hit the ground running. 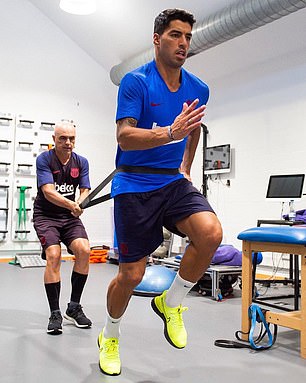 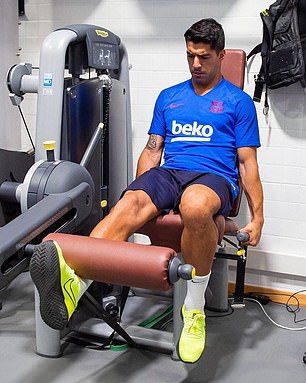 Barcelona are currently in Japan and are scheduled to face Vissel Kobe on Saturday.

Suarez will return to normal training when they return to Spain and could feature in their friendly against Arsenal next Sunday.