Barcelona president Josep Bartomeu has hit out at his Napoli counterpart Aurelio De Laurentiis, after he urged for a relocation of the Champions League tie between the two sides.

The Napoli chief stressed that the rises of coronavirus cases in Spain had become an issue again, just before his side were due to travel to play the away fixture with the tie finely poised at 1-1 on aggregate.

In his statement De Laurentiis described the situation in the region as ‘critical’, yet Barca top brass Bartomeu had swiftly labelled this ‘alarmist.’

‘I do not share at all the words of the president of Napoli,’ Bartomeu told reporters this week, as report Mundo Deportivo.

‘He has his reasons but I think it is logical that we try to make things return to normal and normality is that the teams play in their stadiums.

‘Alarmist messages like his are bad for everyone, the correct message is that of UEFA, who are trying to ensure that normality is restored and we all follow the protocol. 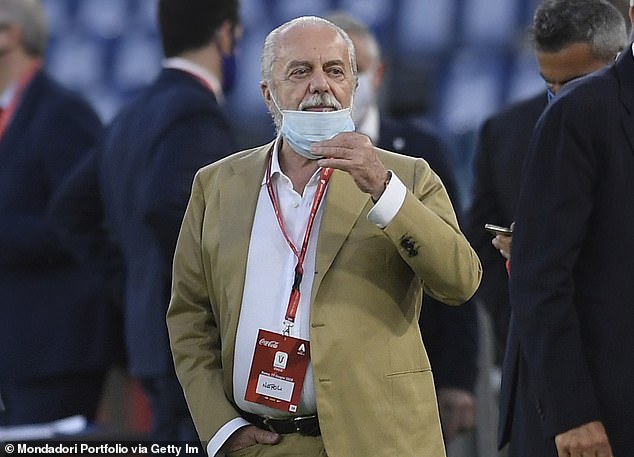 ‘I very much agree with UEFA and also with the finals in Lisbon.

‘From the beginning we thought it would be played here, it would have been very strange not to play at Camp Nou.’

The fixture will now be concluded in Barcelona, before the victors of the tie will move to Portugal where the latter stages of the Champions League will become a close-quarters affair in a small bubble, to minimise the risk of infections.

On the matter, De Laurentiis had said: ‘I hear a lot of perplexity and fear coming from Spain and they’re acting like nothing is wrong. 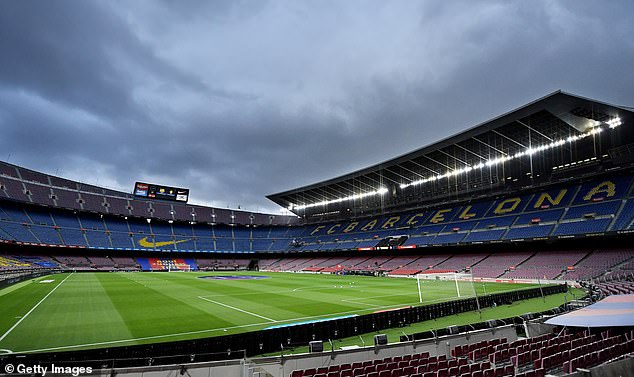 ‘What does it take to say, “Don’t go to Barcelona but rather go to Portugal, Germany or Geneva?”

‘If they’ve decided to play the Champions League in Portugal and the Europa League in Germany, I think we can go to Portugal or Germany for the round of 16.

‘I don’t understand why it should stay in a city that has a really critical situation.’