Barcelona president Josep Maria Bartomeu was left in a state of shock after seeing his side throw away a three-goal first-leg cushion in the Champions League for the second season in a row.

The Spanish giants were sent crashing out of Europe’s elite competition after Liverpool staged a remarkable comeback at Anfield, winning 4-0 to overcome their their defeat in the Nou Camp and progress 4-3 on aggregate.

It was a case of deja vu for Barcelona, their semi-final failure a repeat of their harrowing night at the Stadio Olimpico last season when Roma turned around a 4-1 first-leg deficit to progress to the last four. 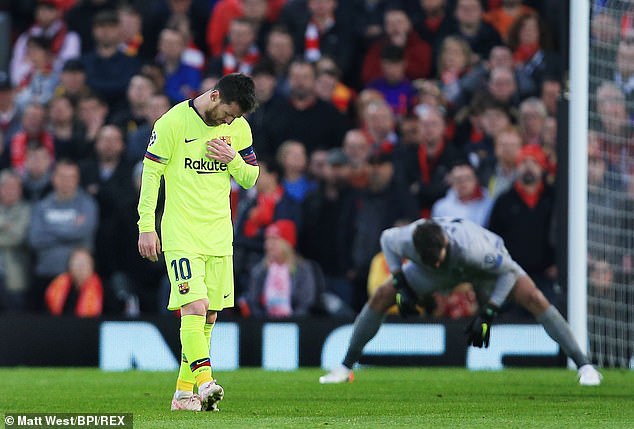 And Bartomeu, who attended the game, was at a loss to explain how the situation had to come to repeat itself, only offering his apologies to fans who had made the trip to Merseyside.

‘I feel really bad for the supporters, especially the ones that came to Anfield,’ he told Marca. ‘It happened to us in Rome and now it’s happened again here. I congratulate Liverpool.

‘I’d prefer to not give explanations now in the heat of the moment. There will be time to reflect, it’s very difficult to explain this defeat.’

The Spanish champions were undone by a moment of genius by Liverpool’s Trent Alexander-Arnold, but the goal was wholly avoidable from a Barcelona point of view. 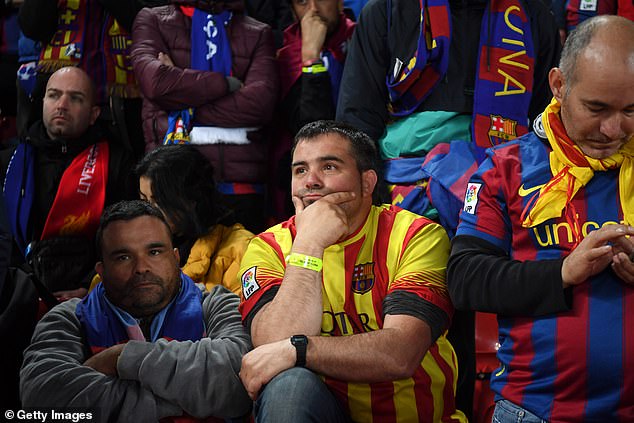 And Bartomeu appeared just as perplexed as his defenders by the England international’s quick thinking at a corner, when he appeared to leave the set-piece for Xherdan Shaqiri but then whipped it in as Barca regrouped and Divock Origi scored.

‘There is no explanation for the goal. Maybe it was a surprise, I’m not sure,’ he offered.

‘I haven’t yet spoken with the coach or the players.’