The 20-year-old attacker, named the league’s best young player of 2018, was set to undergo a medical with the Spanish side and would join up with their ‘B’ side.

Financial details were not released but earlier reports said Barca would pay around 2 million euros (£1.8million) for Abe, who made his senior international debut at the Copa America and appeared in all three of their matches.

‘It was a difficult decision to leave (Kashima) mid-season, but I chose to make the move because I absolutely want to take on this new challenge at Barcelona,’ Kyodo news agency quoted Abe as saying in a statement. 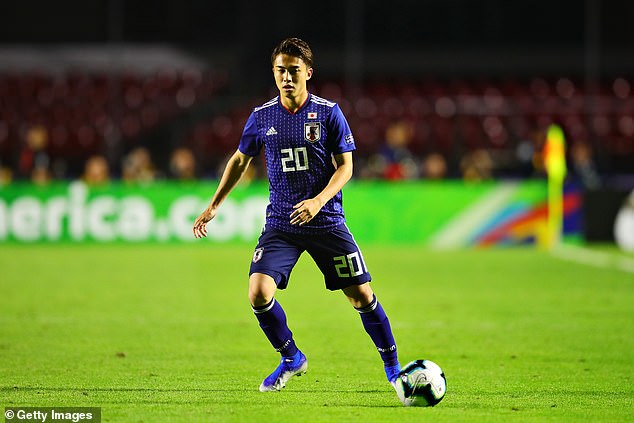 He was named best young player of 2018, and played in Japan’s games at the Copa America