The young Dutchman quickly unliked the comment that read: #Valverdeout as many fans reacted with anger after another failure to win.

The Catalan giants have endured a tricky start to the season with just two league wins from four games, leaving them fifth in La Liga.

An opening day defeat by Athletic Bilbao was followed up with a 5-2 win over Real Betis but then a draw against Osasuna.

Beating 5-2 has done little quell the demands of some fans to replace the head coach, with the draw in Germany further angering supporters.

De Jong played the entire 90 minutes of a match that also saw Lionel Messi come off the bench on his return from injury. 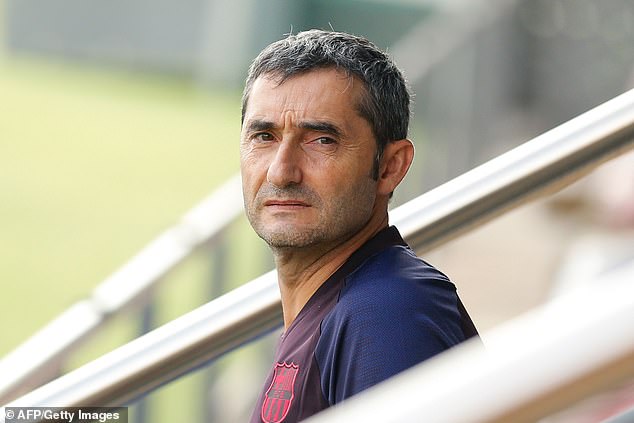