The five-time champions suffered their heaviest defeat in decades as the Germans ran riot in Portugal in what could be a landmark moment for the Spanish club, who have endured turmoil both on and off the pitch this season.

Coach Quique Setien is expected to be dismissed very shortly following the abysmal performance, while Gerard Pique has said that the club needs a total rebuild in order to compete among the elite again. 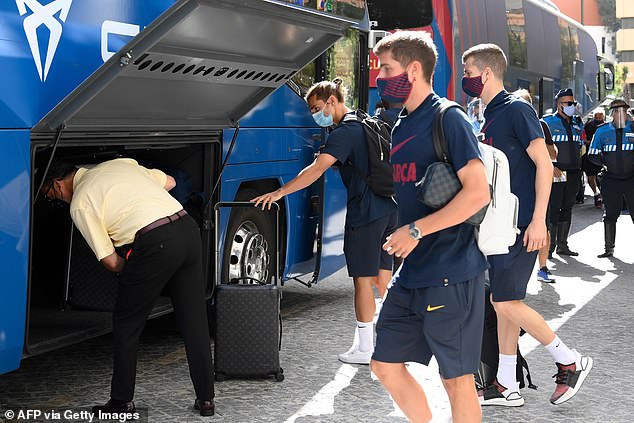 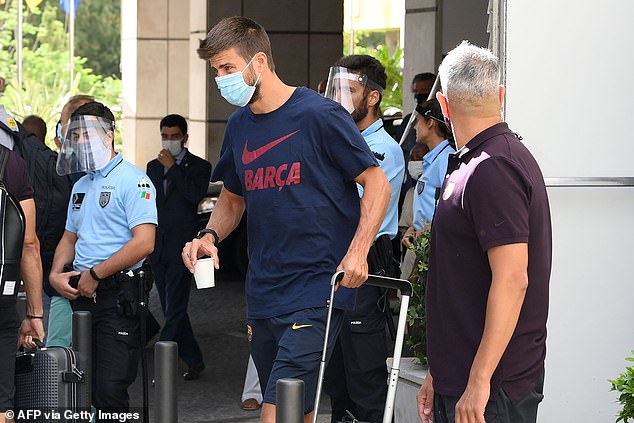 Gerard Pique was especially critical of the state of the club, and was seen leaving the hotel 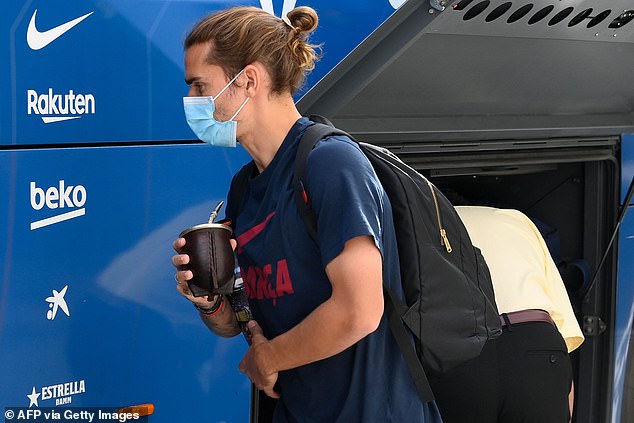 The squad made a very sombre public appearance on Saturday as they left their hotel in Lisbon, with Messi, Pique and Antoine Griezmann all cutting dejected figures as they made their way to the team coach.

Last night, several Barcelona fans waited outside the hotel to express their anger at the team for the embarrassing performance, while Spanish newspapers have been united in slamming the quarter final result.

Fans gathered outside the hotel to make their feelings known with AS reporting some screamed ‘scoundrels’ as the players received a hostile reception after returning from the match.