Lionel Messi and Antoine Griezmann could barely pass to each other in the early days of their partnership – but things finally began to click under the Champions League lights on Wednesday.

With Luiz Suarez through the middle, Barcelona’s stunning trio hit a goal each to nail down top spot in Group F and sink Borussia Dortmund 3-1 at the Nou Camp.

Crucially, it was Messi’s perfect throughball that set Griezmann for his first European goal at the club – with their all-smiles celebration quashing rumours in the Spanish press of a rift between the two. 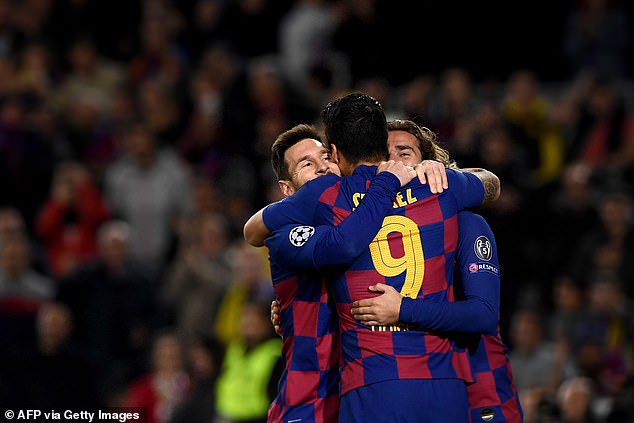 Lionel Messi, Antoine Griezmann and Luis Suarez were all smiles celebrating their trio of goals 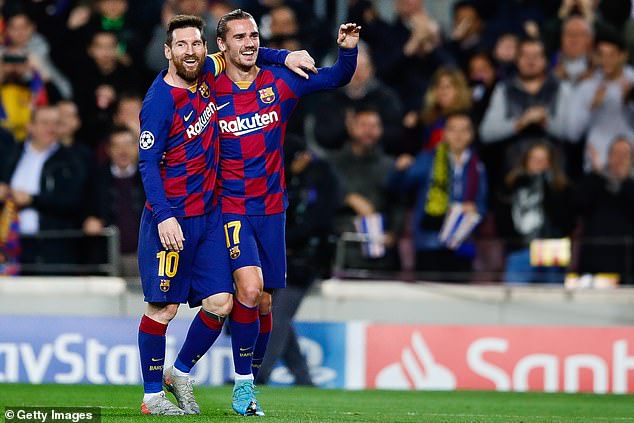 Messi and Griezmann linked-up well throughout, quashing rumours of a disconnect

Mundo Deportivo‘s front-page hailed the ‘lethal trident’ after the game, as they all appeared on the scoresheet for the second time in 2019-20.

Griezmann arrived from rivals Atletico Madrid this summer in a £108m deal, and was tasked with filling the void Neymar left when he quit Catalonia in 2017.

Philippe Coutinho and Ousmane Dembele have both been big money attempts at replacing the PSG winger, but both are yet to justify their price-tags, with the former out on loan at Bayern Munich.

World Cup winner Griezmann has admitted it has been ‘difficult to connect’ with Messi and there were fears that the two may be incompatible – with the new signing on just four goals in 12 La Liga games. 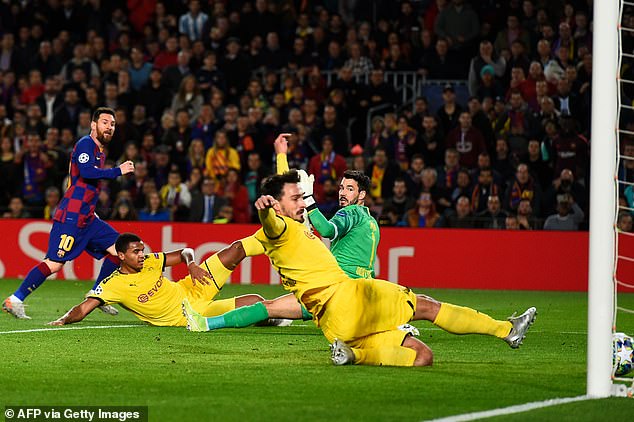 However, after the Frenchman was introduced in place of injured Dembele in the 25th minute, the pair linked-up smoothly throughout the domination of Dortmund, leaving boss Ernesto Valverde was as delighted as the fans.

‘They have spent many hours together, they understand each other well,’ the Barca boss said.

‘They know where they have to be unmarked and when to pass, they coincide their play and they get it right because they are also very talented.

‘Messi is an extraordinary passer, he knows when to time the ball and with Griezmann they can understand each other well because he makes very good runs. They complement each other.’