Only a handful of people waited outside Apple’s flagship London store for the iPhone 8 this morning – a far cry from the snaking queues of previous years.

Queues were smaller than usual because of the anticipation surrounding the ultra premium iPhone X, which offers a radical redesign, new screen and advanced camera features. That is released in November.

This can be used to unlock the phone and make payments via Apple Pay, as well control new animated emoji – named Animoji – using their facial expressions.

The iPhone X is due to be released on November 3, starting at £999, making it the most expensive iPhone ever. 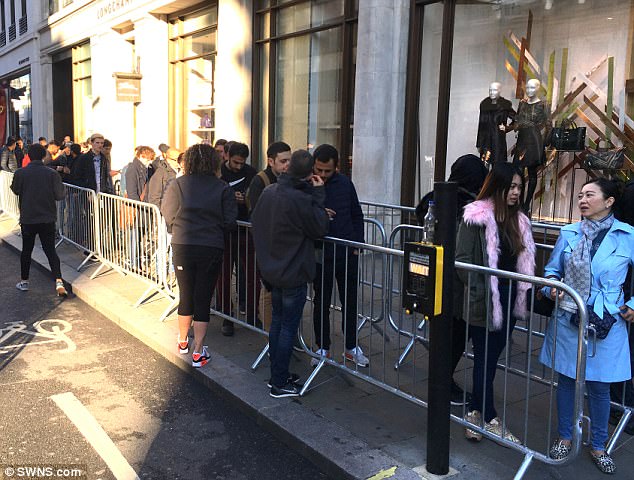 As a result many consumers appear willing to skip purchasing the iPhone 8 and 8 Plus.

The two phones also house Apple’s new A11 Bionic processor chip, which the tech giant says is the ‘most powerful and smartest’ ever in a smartphone and makes the 8 up to 70 per cent faster than the previous iPhone.

Technology expert and founder of news site Pocket-lint Stuart Miles said the iPhone 8 would be a different kind of Apple launch.

‘The people that are considered the die-hard fans are more than likely, I suspect, to wait for the iPhone X in November,’ he said.

‘I still expect the iPhone 8 to do very well, but not to see the usual rush to get it first, as the people that this phone is now aimed at aren’t the people who queue up over night.

‘That comes in November.’

As well as the 8 and 8 Plus, is a third generation Apple Watch – the Series 3 – which comes with its own mobile data connection capabilities for the first time, meaning it can be used to make calls independent from an iPhone. 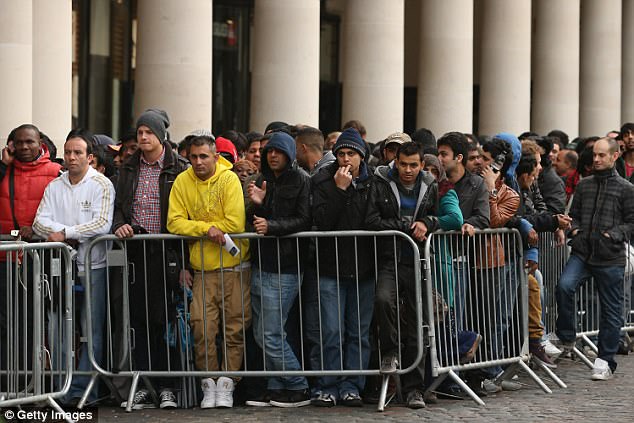 2012: There was great fanfare surrounding the release of the iPhone 5 five years ago 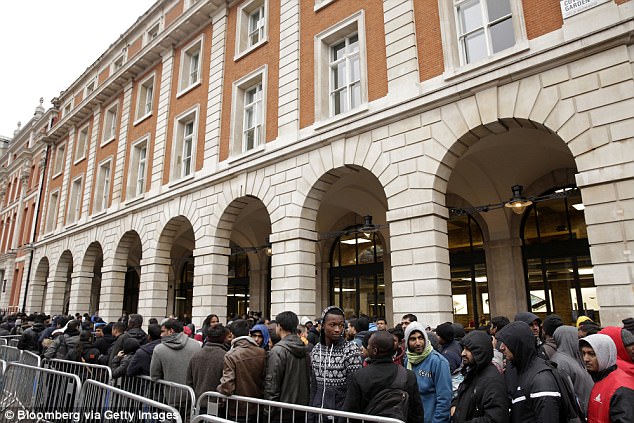 2013: Customers waited for hours to get their hands on the iPhone 5s and 5c four years ago