Barman sexually assaulted a woman in her bed

A barman sexually assaulted a 21-year-old woman in her bed while she slept before sending her a text to apologise.

Cameron Jackson, also 21, of Strathaven, Lanarkshire, arrived at her home in the middle of the night despite being told she did not want him to see him.

He was allowed in and attacked the victim after she fell asleep. The woman was left in shock after waking up to find Jackson sexually assaulting her. He left the house and she later confronted him in a series of text messages.

In one message she said to him: ‘How could you do this? I kept saying to go sleep. Do you realise it’s sexual assault?’ Jackson replied: ‘Yes. I’m so, so sorry.’

Jackson appeared at Hamilton Sheriff Court and pleaded guilty to sexually assaulting the woman when she was incapable of giving consent last May.

Fiscal depute Imran Bashir said: ‘On the night in question the accused had asked to stay with her but she said no and told him she wasn’t well.

‘However shortly thereafter the accused arrived at her address and she recalls smelling drink from him.

‘The accused got under the duvet in her bed wearing his jeans and T-shirt and the complainer lay on top of the duvet with a fleece blanket. 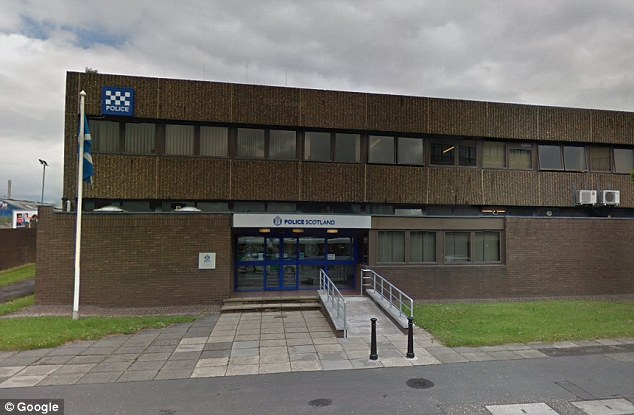 ‘She recalls being woken by a feeling of discomfort and sat up in a state of shock. She challenged the accused by asking: ‘Why are you doing that to me when I was sleeping?’.

‘The accused replied: ‘I’m sorry, I’m sorry, I didn’t know if you were sleeping or not. You’re never going to trust me again.’

The court heard police were called in after Jackson admitted to her in the text exchanges that he had sexually assaulted her.

How could you do this? I kept saying to go sleep. Do you realise it’s sexual assault?

Mr Bashir added: ‘The complainer told that it would ‘beat her up inside’ if she couldn’t talk to somebody about what happened.

‘Thereafter she contacted her friend in a distressed state and decided to contact the police. When the police attended she was crying and shaking uncontrollably.

‘She was taken for a forensic medical examination and the accused was detained and taken to Motherwell police office.’

Sheriff Thomas Millar bailed Jackson and put him on the sex offenders register. He will be sentenced next month.