Deputy Prime Minister Barnaby Joyce has told ABC radio listeners that supporters for gay marriage can ‘get out of my face’.

Mr Joyce was speaking on RN Breakfast on Monday when the same-sex marriage debate began.

When asked about his views on the issue of same-sex marriage, the Deputy Prime Minister said he likes to keep his views personal.

‘When people ask me about my personal views I say I like to keep them personal,’ he said.

‘People ask me what’s your position and I say I support the current definition of marriage, because I think that’s the contract that’s worked best for society.’

Radio presenter and host Patricia Karvelas interjected, telling Mr Joyce: ‘You have been the Deputy Prime Minister in a government that has established a voluntary national vote and yet you’re saying you don’t want to hear about it.’

‘I can’t stand these people who stand at the corner and start yelling at you about what your views are on a very personal issue, just get out of my face, leave me alone I will make the decision up myself,’ Mr Joyce said.

Ballot papers for the voluntary national postal vote will be sent out to households across Australia on Tuesday.

Mr Joyce said whatever the nation decides, whether to pass legislation to legalise same-sex marriage or not, he would not stand in the way. 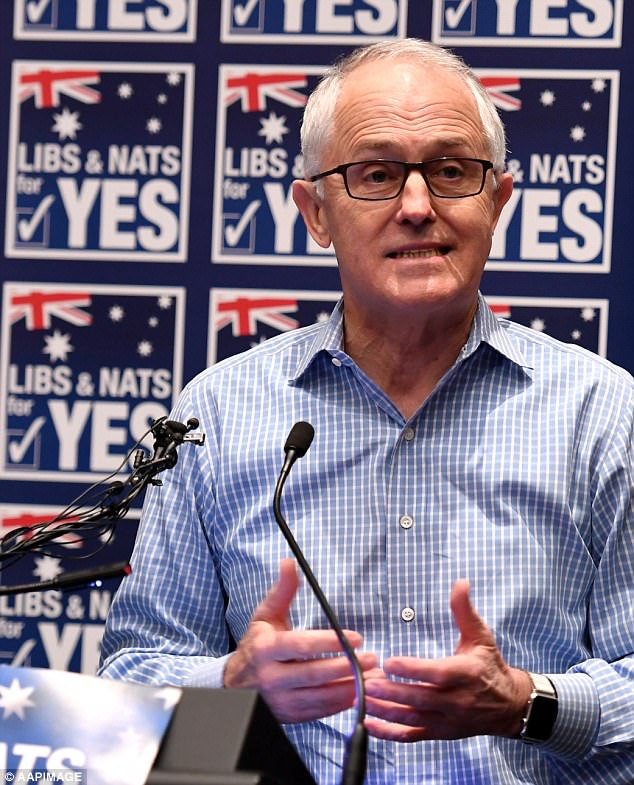 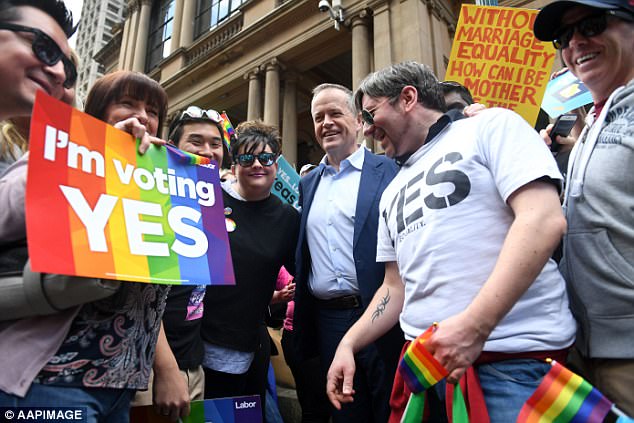 ‘If the Australian people want to change the definition of marriage, then I will not vote against it,’ he said.

‘If they want to keep the definition as it is, which is currently my position, then it stays where it is.’

The exchange comes just a day after the largest march in Australian history took place in Sydney in support of same-sex marriage.

Thousands took to the streets to demonstrate their support for the Yes campaign on Sunday. 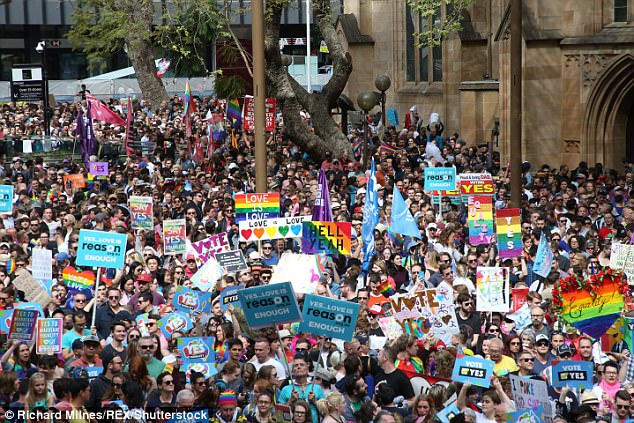 Prime Minister Malcolm Turnbull and opposition leader Bill Shorten attended the rally, both in support of the Yes campaign.

Mr Turnbull spoke at the NSW Liberals and Nationals for YES for Same Sex Marriage campaign launch in Sydney.

‘In anyone of those nations has the sky fallen in, has life as we know it ground to a halt, has traditional marriage been undermined? The answer is plainly no,’ he said.