The latest victim of London’s violent crime epidimic is the third son in his family to be murdered, it has been revealed.

David Bello-Monerville, 38, was one of three men to be stabbed in Barnet on Tuesday night. He later died in hospital.

Six years ago his brother Joseph Burke-Monerville, 19, was shot in the head in a drive-by shooting and in 1994 his brother Trevor Monerville was knifed to death in Hackney at the age of 26.

Their heartbroken mother Linda Burke-Monerville rushed to the scene in north London on Tuesday screaming: ‘Not another son!’, neighbours told the Evening Standard.

David Bello-Monerville, 38, was one of three men to be stabbed in Barnet on Tuesday night. He later died in hospital

The 38-year-old died after two groups clashed, fighting each other with blades, chains and broom handles, near his family home in Barnet.

His mother was seen sobbing desperately at the scene, where investigators scoured the streets for evidence.

No arrests have yet been made and the other two victims, aged 25 and 34, are still recovering in hospital.

David was in the car with his twin brothers Joseph and Jonathan when they were fired at by a gunman three times.

He and his brother Jonathan survived, but Joseph was shot in the head in a suspected case of mistaken identity.

Their brother Trevor died on the streets of Hackney when he was attacked by five men in 1994. 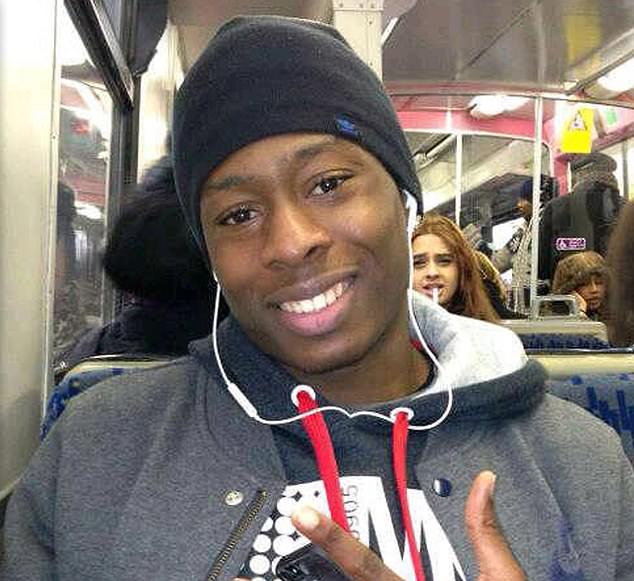 Six years ago his brother Joseph Burke-Monerville, 19, was shot in the head in a drive-by shooting 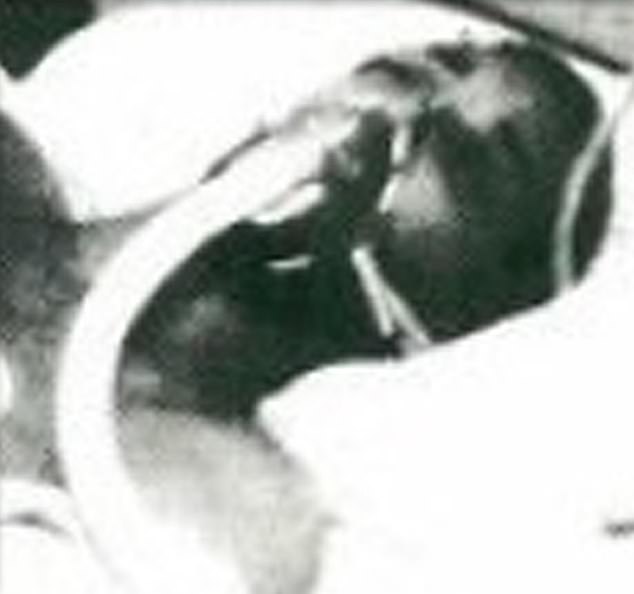 A Met Police spokesman said of David’s death: ‘Our thoughts are with the victim’s family at this very difficult time. This is such a tragic loss of life and we urge anyone with information to come forward.

‘The information you provide can be used to great effect to not only detect, but also prevent crime.

‘We are working closely with the Homicide and Major Crime Command as part of their ongoing investigation into the full circumstances.’

‘I know residents and the wider community in the area will be concerned not only with this incident but the violent incidents that have occurred in London in recent days.

‘We are conducting high visibility patrols and would encourage those from the local community to speak with officers about concerns they have or anything that they saw that could be of assistance.

‘If you aren’t comfortable speaking directly to the police, please contact the independent charity Crimestoppers via 0800 555 111. They do not ask your name or trace your call.’ 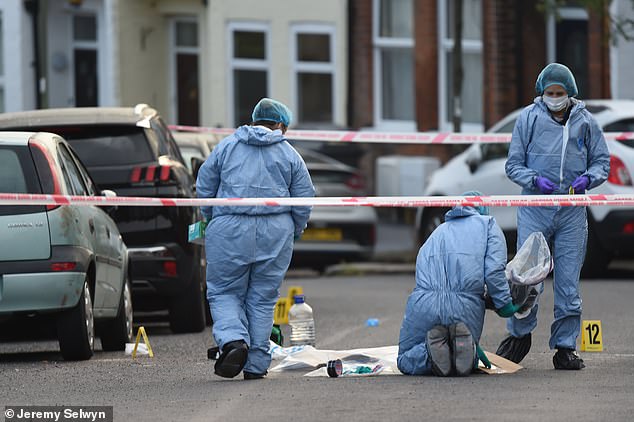 Forensics are scouring the scene in Barnet (pictured) after a triple stabbing left David, 38, dead and another two men injured 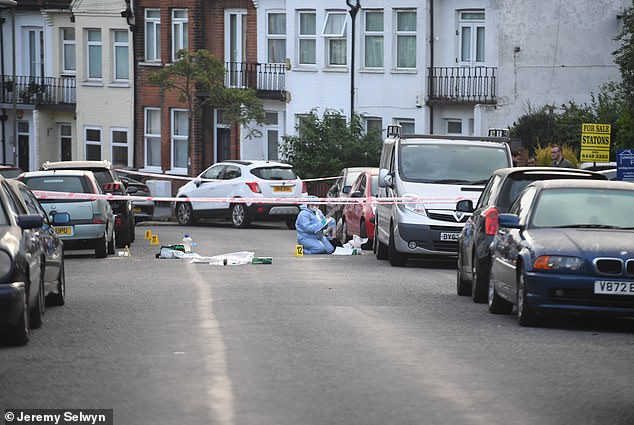 Officers are pictured investigating in Barnet, north London, where London’s 61st murder of the year happened on Tuesday

‘Anyone with information that could assist the investigation is asked to contact the HMCC on their incident room number of 0208 358 0300 or call police on 101 or tweet @MetCC and quote CAD8638/18June.

‘Alternatively, you can contact Crimestoppers anonymously on 0800 555 111 or online via https://crimestoppers-uk.org/give-information.’

His death came after a man in his 40s was stabbed to death in Stratford, in the early hours of Monday.

That killing followed three homicides in the space of 24 hours, including two teenagers who were fatally attacked at teatime on Friday.

Cheyon Evans, 18, was found stabbed in Wandsworth, south-west London, at 4.42pm, and died at the scene.

In the second killing, Eniola Aluko, 19, from Thamesmead, south-east London, was shot dead in Plumstead shortly before 5pm.

On Saturday, a man in his 30s was stabbed to death in a field next to a nursery and a mosque in Tower Hamlets, east London, just before 2pm. 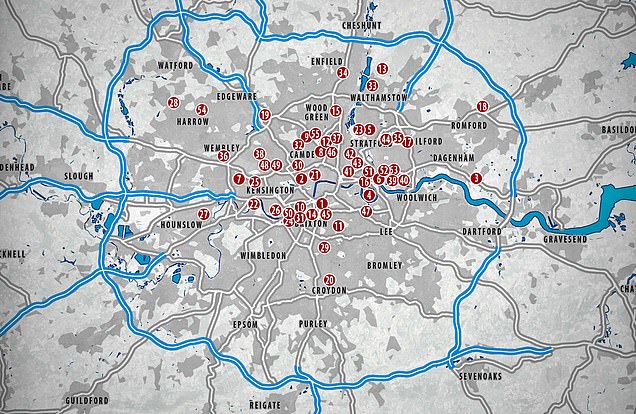