Channel Seven star Basil Zempilas has been elected the Lord Mayor of the City of Perth.

It marks the first time in two years that voters have elected members of the council after it was suspended in March 2018.

A government inquiry was launched at the time and found ‘greed, incompetence and mismanagement’ was practiced by a number of councillors.

Mr Zempilas called the latest election a brand new beginning for the City of Perth.

Channel Seven star Basil Zempilas (pictured, with Sam Armytage) has been elected the Lord Mayor of the City of Perth 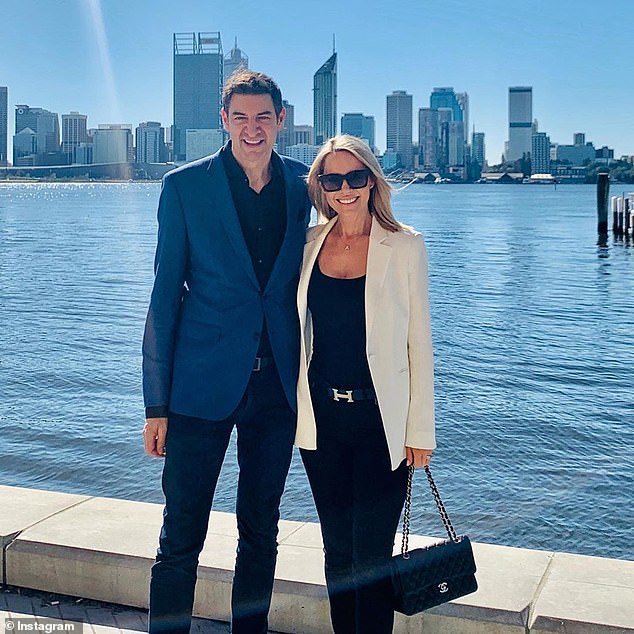 Zempilas (pictured, with his wife Amy) secured 29.4 per cent of the vote on Saturday night

‘We now have the leadership and the elected council that the City of Perth has been missing for the last three years.’

His campaign trail hit a snag after he wrote in a column piece in August that he would ‘forcibly’ remove homeless people from the city centre ‘if that’s what it takes’.

‘I make no apologies for this, the homeless need to be moved out of the Hay and Murray Street malls and the surrounding areas,’ he wrote.

‘Forcibly, if that’s what it takes. I’m sick of being told by people who don’t live and work in the city like I do that it’s not that bad — actually, it’s worse.

‘The look, the smell, the language, the fights — it’s disgusting. A blight on our city.’

Zempilas was forced to apologise after copping widespread backlash over the comments, with critics accusing him of being ‘disconnected from the city’.

‘Those comments were made in frustration over nine months ago after an incident with my wife and my six year old daughter and a man exposing himself at 11am on a Sunday,’ he told Daily Mail Australia.

‘But the comments weren’t appropriate and I have apologised.

‘I’ve spent a good deal of the last six months educating myself by speaking with people who are homeless, trying to understand their situation better and by speaking with service providers. ‘ 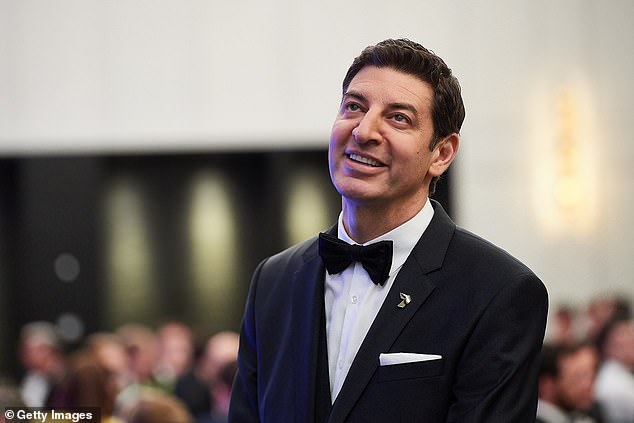 Zempilas is a well known media personality in the city and will keep up many of his current work commitments while juggling the new role.

He presents the sports segment on Seven News Perth, writes as a columnist for the ‘West Australian’ and leads Channel Seven’s AFL and Olympics commentary.

He also co-hosts the 6PR Breakfast Show with Steve Mills, but will step down from his role at the end of this year.

Zempilas will be sworn into his new role as mayor along with the new councillors on Monday afternoon.

It will mark the first time in two years that the city has been led by a council voted in by the residents.

Council was suspended in March 2018 and taken over by commissioners as a government inquiry was launched.

It found ‘systemic failings’ in the ‘poorly governed and dysfunctional council’.

A number of councillors were found to have manipulated election processes, used their positions of power for personal interests and failed to properly declare conflicts of interest.

‘The culture of the city has been characterised by self-interest, complacency, lack of accountability, lack of transparency and a lack of effective leadership,’ Inquirer Tony Power said. 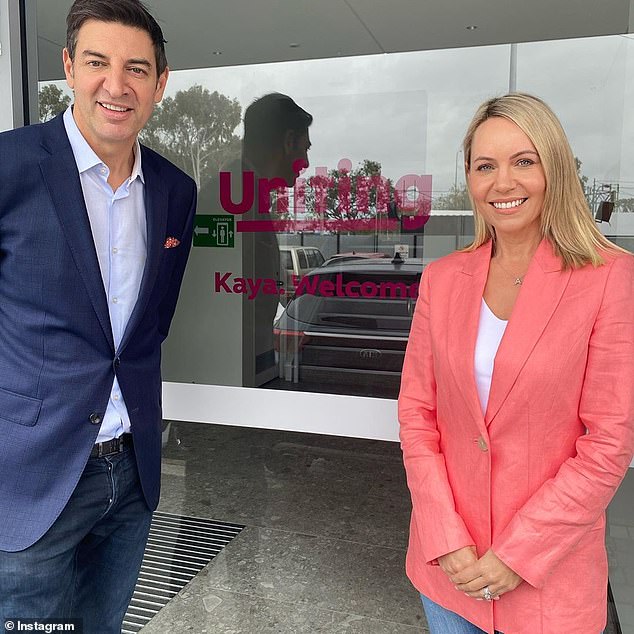 Mr Zempilas promised a ‘fresh start’ and based his campaign on improving homelessness, reinstating funding for Aboriginal outreach programs and providing free parking for on-duty police.

He told The West Australian he felt ‘great responsibility, sense of purpose and obligation’ after the tight victory.

‘I know that the eight councillors and certainly the Lord Mayor come with the very best of intentions. They want to do the right thing by all of the ratepayers, residents and all of the visitors.

‘It’s our job to set the tone and to lead by example, but I know from the last three months, how optimistic people are about the future of the City of Perth and how quickly we can be on the right path towards where we want to take our great city.’

Basil is a famous face in West Australia, and in March 2018, he was co-host of Weekend Sunrise, replacing Andrew O’Keefe.

In September 2019, he stepped down as regular host of Weekend Sunrise, however continued to appear as a fill-in presenter.

The TV star is has been married to longtime partner Amy Graham since 2009, with the pair tying the knot in Greece.  They share two daughters and a son. 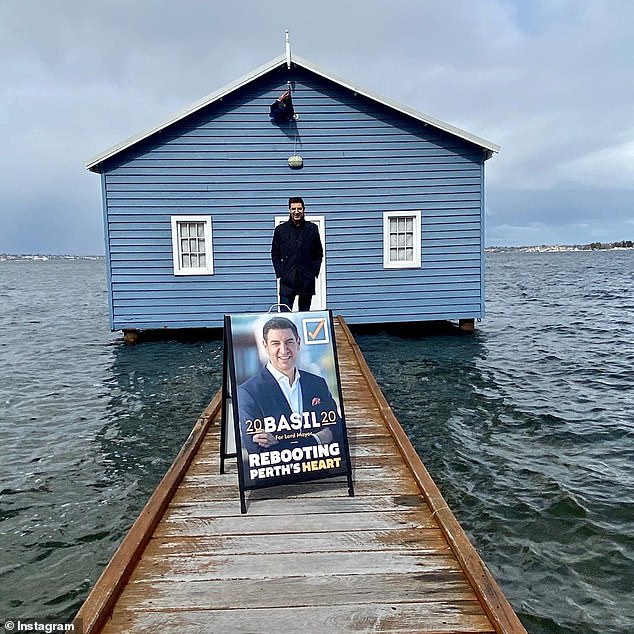 Mr Zempilas (pictured, on the campaign trail) promised a ‘fresh start’ and based his campaign on improving homelessness, reinstating funding for Aboriginal outreach programs and providing free parking for on-duty police