Bayern Munich have been charged by UEFA over a pitch invasion and displaying an offensive banner in Wednesday night’s Champions League match against Real Madrid.

The German side lost the first leg of their semi-final 2-1 to the reigning European champions, and at the end of the match a number of individuals came onto the field. 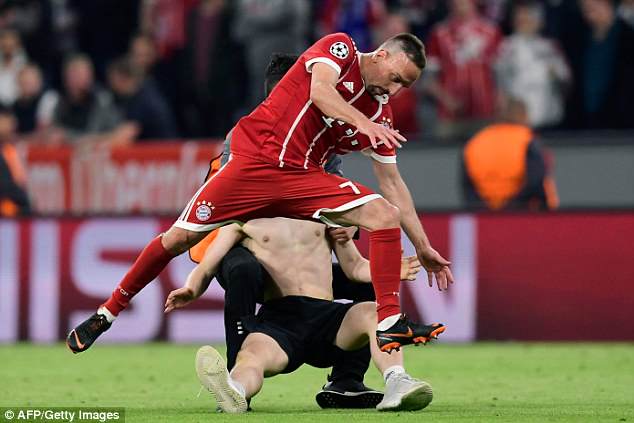 UEFA said the pitch invasion charge, and the one regarding the banner, would be heard by its control, ethics and disciplinary body on Thursday, May 31.

Joshua Kimmich put Bayern into the lead during Wednesday night’s match at the Allianz Arena.

But Marcelo cancelled out his strike with a fine equaliser before substitute Marco Asensio put Zinedine Zidane’s side ahead heading into the second leg. 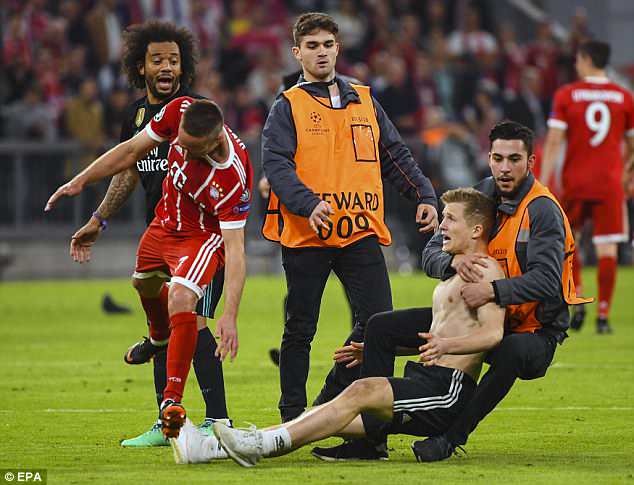 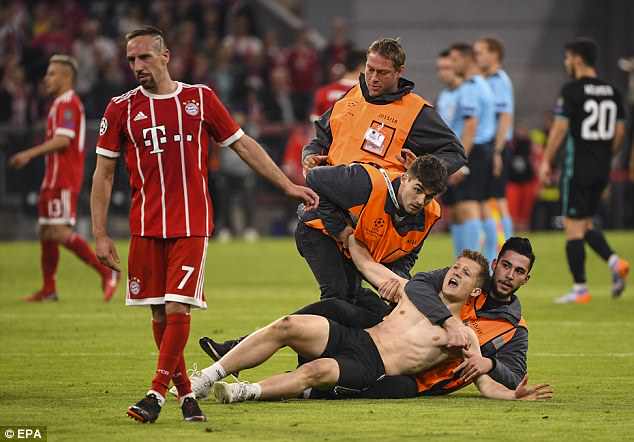