Thomas Muller was relieved Bayern Munich overcame a listless start to lay down a marker in their Champions League last-16 clash against Besiktas.

Bayern were given a shot in the arm after a quarter of an hour at the Allianz Arena when last man Domagoj Vida saw red for bringing down Robert Lewandowski.

However, the Turkish champions proved obdurate opponents and they kept their goal in tact until just before half-time, when Muller’s goal presaged a second-half blitz in the opening leg. 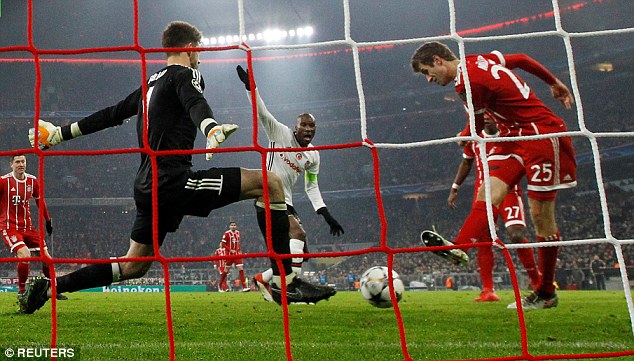 Kingsley Coman and Muller’s second moved Bayern further into the ascendancy while Lewandowski’s late brace wrapped up a 5-0 win that all but secured the German giants’ passage into the quarter-finals for the seventh successive season.

Muller told the club’s official website: ‘The red card played right into our hands. We lacked aggression when we had the ball in the first half, we were a bit sluggish.

‘It changed abruptly in the second half, we really hit the gas. (Besiktas) were tired then.

‘It’s a superb result with regard to the return leg. We knew we had to deliver because it will be a different game altogether in Turkey.’ 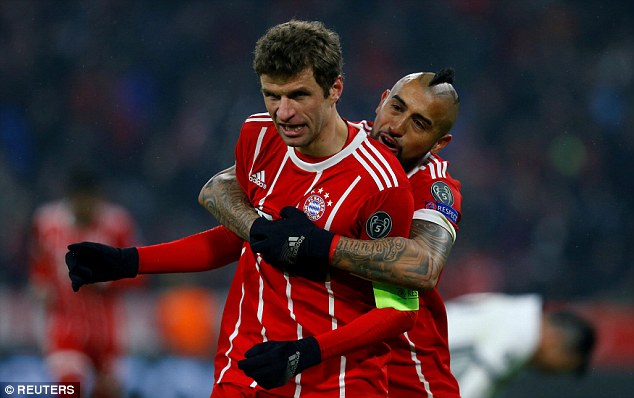 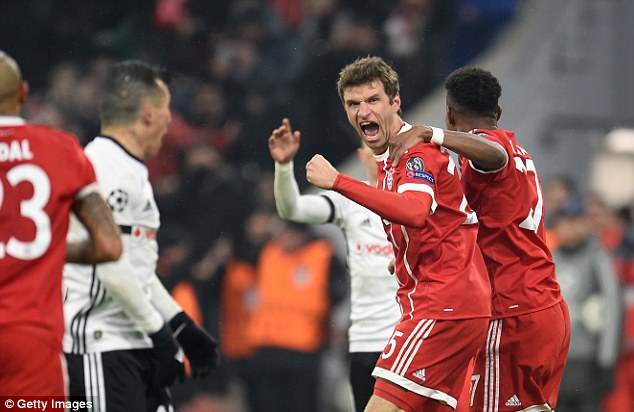 The victory was Jupp Heynckes’ 10th in a row in Europe’s elite club tournament, stretching over two spells with Bayern, whom he led to glory in 2012-13, with the Bundesliga side extending their winning sequence to 14 games in all competitions.

Full-back Joshua Kimmich added: ‘At the end of the day it was clear-cut of course.

‘We were lucky with regard to the red card but our play lacked calmness in the first half, we allowed them a number of chances. The first half wasn’t so good.

‘It was impressive that we kept going after we scored the third. It was a deserved victory.’