However, the German defender also lamented his side’s ‘completely naive and reckless’ attacking approach at the Allianz Arena.

A goal in each half from Marcelo and Marco Asensio cancelled out right-back Kimmich’s opener at the Allianz Arena and ensured that ruthless Real will take a 2-1 advantage back to the Spanish capital for next week’s return fixture. 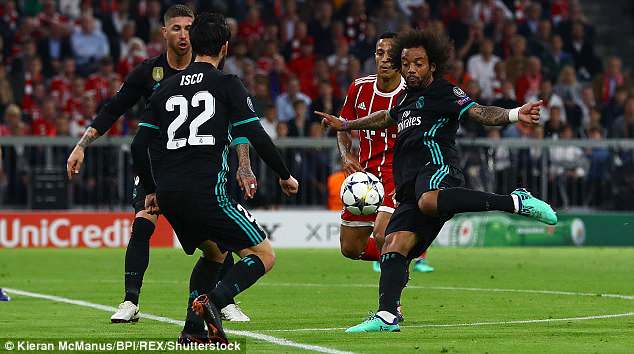 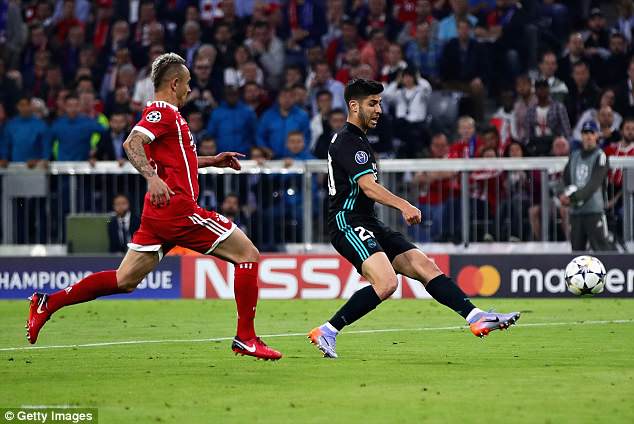 Wednesday’s result could have been very different had Bayern took advantage of Real’s first-half defensive woes and Kimmich pulled no punches when criticising Bayern’s profligacy.

‘We were completely naive and reckless with our chances,’ he told reporters.

‘Real shot twice on goal and twice they scored. That’s their quality and that just [must] not happen to us.’

It is now an identical scenario to last season’s quarter-finals, when Bayern trailed by the same scoreline before fighting back to force extra-time in a thrilling six-goal encounter at the Bernabeu.

It is that battling display coupled with Juventus’ dramatic recent near miss in Madrid – in which they scored three times without reply to level proceedings before falling to a contentious late Cristiano Ronaldo penalty – that gives Kimmich hope that the tie is far from over.

‘If a team shoots twice on goal and scores twice, that’s quality,’ he said. ‘But today they have also clearly shown that they have very big weaknesses.

‘Last season we also turned it around, more or less, so that we took the game into extra-time.

‘We know that we have to score two goals. It’s possible – Juve showed that, we showed it last year.’ 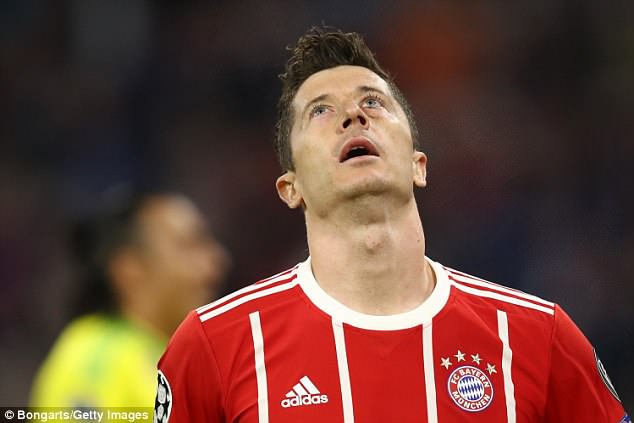 He added: ‘I would say the game itself was not a bad one, but such mistakes are simply punished in the Champions League semi-final, especially against Real Madrid.

‘I did not expect that we would have so many chances, but you just have to take them and kill them in the first half.’