Bayern Munich will take a massive advantage into their Champions League last-16 second leg against Besiktas on Wednesday but coach Jupp Heynckes believes they will have to tame the fiery Turkish crowd to make sure of their quarter-final spot.

Bayern, who trained in Istanbul on Tuesday evening, essentially booked their last-eight ticket with a 5-0 demolition of the Turkish side in Munich but Heynckes warned about the power of the vocal home support.

‘We are facing top opponents. We are up against hot-blooded fans who will whip their team forward,’ Heynckes said. 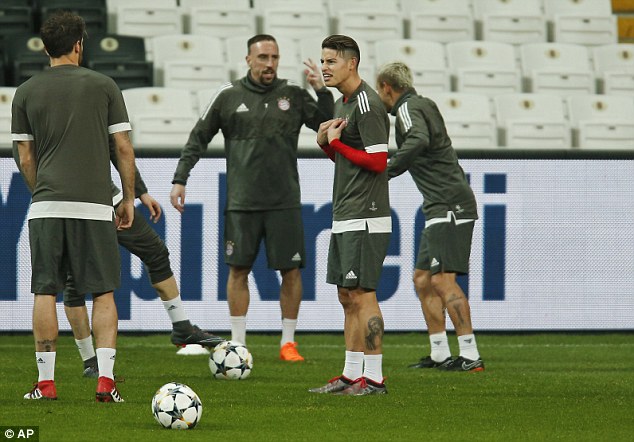 ‘Even if you have a comfortable lead you still have to go into the game with full concentration. You have to go out to win each game irrespective of the first leg.’

Besiktas fans already made headlines earlier in the competition when RB Leipzig striker Timo Werner had to be taken off due to dizziness created by the intense noise in the stadium during their group-stage encounter.

‘It is extremely important to play in a good atmosphere. Fans are part of that. Without them and without loud support football is without emotions,’ Heynckes said. 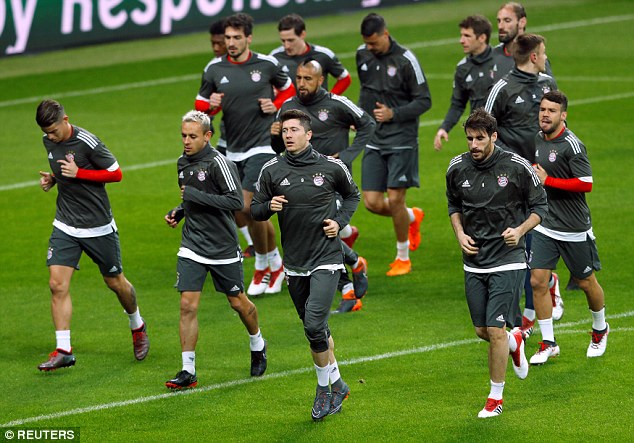 The Bavarians will be without Arjen Robben, who stayed in Munich with a minor injury, but have no plans to sit back and let Besiktas control the game.

Bayern are chasing a treble this season, with the Bundesliga title all but wrapped up and the team also through to the German Cup semi-finals.

‘I think the fans will add pressure,’ said keeper Sven Ulreich. ‘We are prepared for that. We should not concede a goal and score one as early as possible.’ 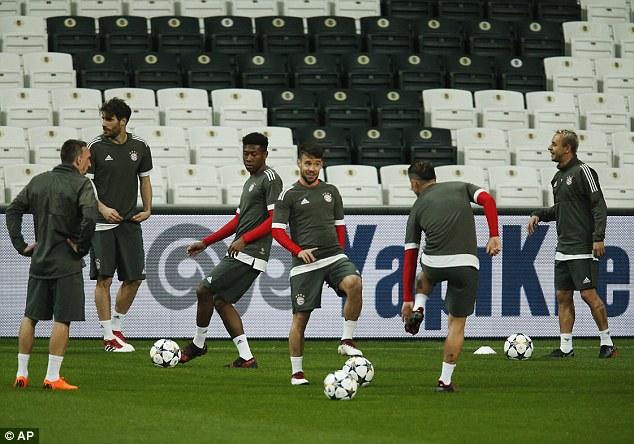 For Besiktas, Wednesday’s game offers them the chance to restore some pride in front of their home crowd.

They will be hampered, however, by absentees in defence, with Domagoj Vida suspended while Pepe and Dusko Tosic are injured.

‘We know Bayern have come here with the strongest lineup possible, and we will try to play with our best side,’ Besiktas coach Senol Gunes said. ‘Obviously the score in the first match reduced our goals and the level of excitement.’