Who says Germans don’t have a sense of humour?

Seconds after their former midfielder Hamit Altintop paired them with Chelsea in the last-16 of the Champions League, Bayern Munich’s English language Twitter account posted a screengrab of their muted words on the social media platform.

It revealed that all mention of the words ‘2012’ and ‘Drogba’ had been blocked forever, a tongue-in-cheek reference to one of the darkest moments in the German club’s history and one that still smarts even today. 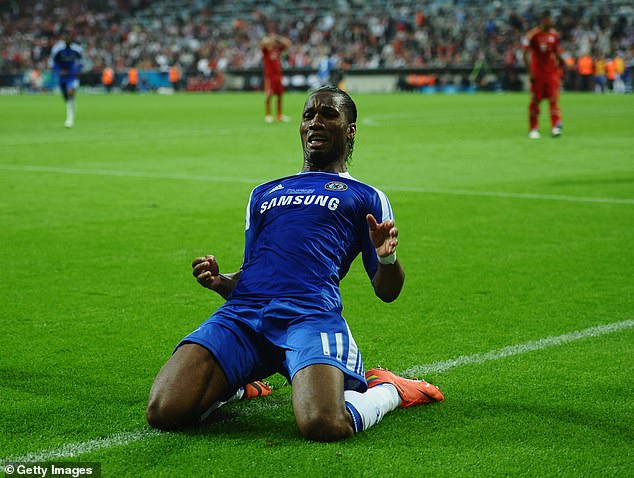 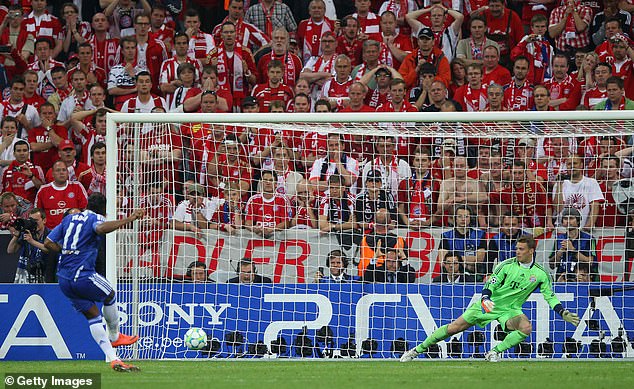 You see, when Bayern take the lead against anyone just seven minutes from full-time, and especially in their own stadium, you’d put your mortgage on them emerging victorious.

But on that night – Saturday May 19, 2012 – they blew it spectacularly from such a position of strength in a most un-Bayern manner in the biggest match in club football.

And, unfortunately, having been drawn with Chelsea in the knockout stages on Monday, they are now doomed to re-live it all.

Re-live the commanding near post header by Didier Drogba from Juan Mata’s corner that squared the game just five minutes after Muller’s opener. 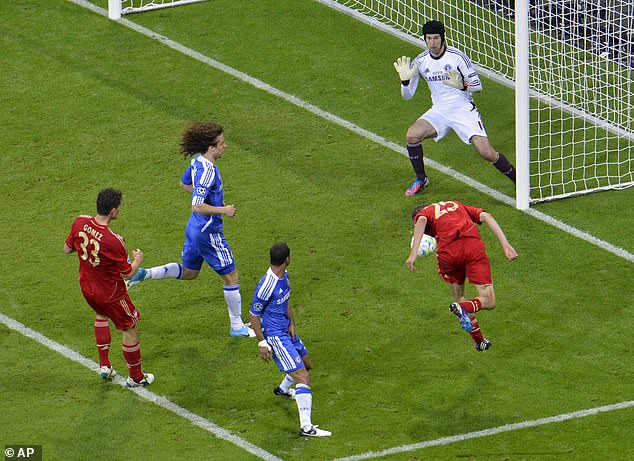 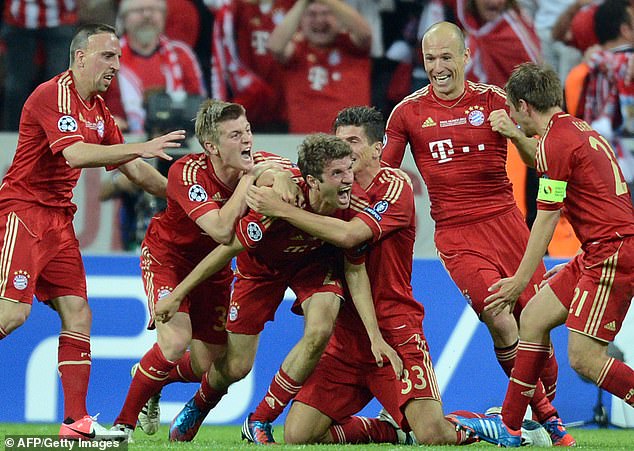 Re-live the Arjen Robben penalty in extra time that Petr Cech somehow managed to keep out with the underside of his body.

Re-live how, in the heart-throbbing penalty shoot-out, Cech saved from Ivica Olic before touching Bastian Schweinsteiger’s kick onto the post allowing Drogba to convert the winning one.

It won’t be pleasant viewing, this capitulation every bit as painful as those two Manchester United goals in stoppage time in the 1999 Champions League final.

Bayern had already lifted the European Cup four times in their illustrious history by the time Jupp Heynckes’ team squeaked past Real Madrid to reach another showpiece.

With it being staged in their magnificent Allianz Arena home, surely they couldn’t fail against a Chelsea side in just their second Champions League final. 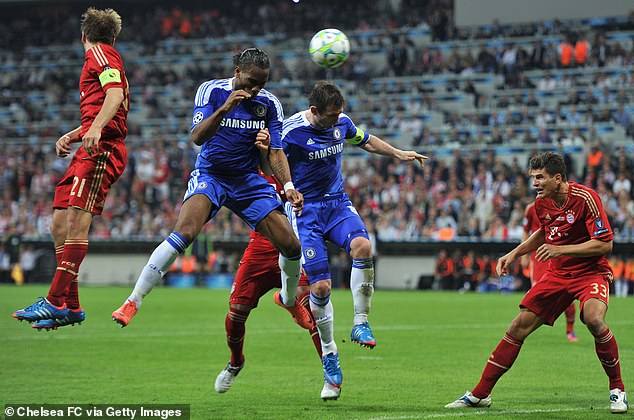 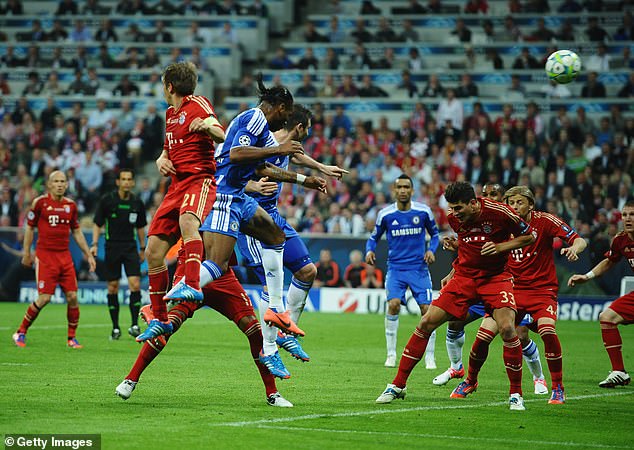 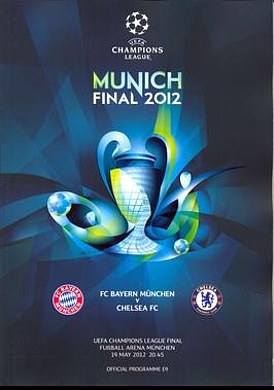 Winning European football’s top prize had been an obsession for Chelsea owner Roman Abramovich ever since his takeover of the club in 2003.

They’d suffered their own heartache in 2008 when losing on penalties to Manchester United in Moscow and had suffered two semi-final losses to Liverpool and another to Barcelona.

Now the trophy was within reach again and in extraordinary circumstances. Chelsea had sacked manager Andre Villas-Boas with the team 3-1 down to Napoli half-way through their last-16 tie.

In came club legend Roberto Di Matteo on an interim basis until the end of the season. Little was expected of the Italian other than to steady the ship.

But Di Matteo excelled in Europe. First, Chelsea overturned that deficit against Napoli in the second leg at Stamford Bridge, winning 4-1 in extra time to advance 5-4 on aggregate.

They then defeated Benfica in the quarter-finals and somehow knocked out holders Barcelona in the semi-finals despite the 37th-minute sending off of John Terry in the second leg.

Terry was of course suspended for the final and Chelsea were also without Branislav Ivanovic, Ramires and Raul Meireles to make their task all the more difficult.

Tens of thousands of Chelsea fans descended on Munich, most without tickets, though UEFA rules meant the number handed to Bayern fans in their own ground was limited.

Bayern controlled the majority of the game though Chelsea did carve out some noteworthy chances of their own.

Robben could have settled it but Cech denied the Dutch winger with his legs. Mario Gomez was guilty of missing a sitter, while Gary Cahill made a last-gasp intervention to deny Robben. 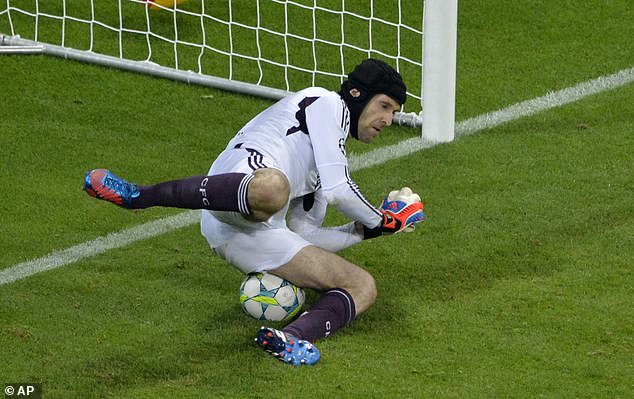 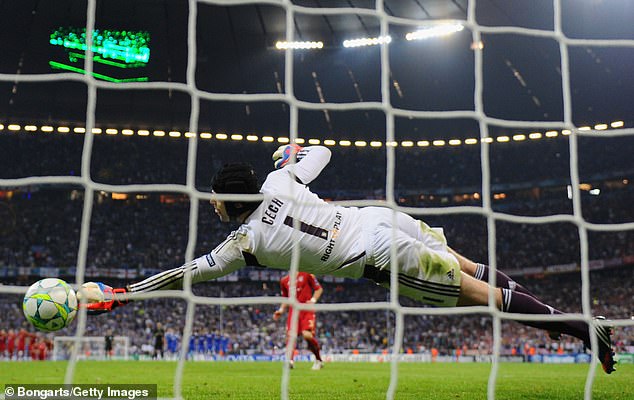 You sensed the Germans were the most likely to score and with seven minutes left dealt what appeared to be a killer blow.

Toni Kroos hooked in a back post cross that Muller met and headed firmly down into the ground, the ball bouncing beyond Cech’s grasp and clipping the crossbar as it went in.

Heynckes even took Muller off for the more defensive Daniel Van Buyten, gambling on the game being won.

It was a mistake. In the final couple of minutes, Mata swung in a corner and Drogba, darting free at the near post, thundered home a header past Manuel Neuer.

Bayern regrouped in extra time and Drogba went from hero to zero when he fouled Franck Ribery in the box. Luckily for the Ivorian, Cech saved Robben’s penalty. 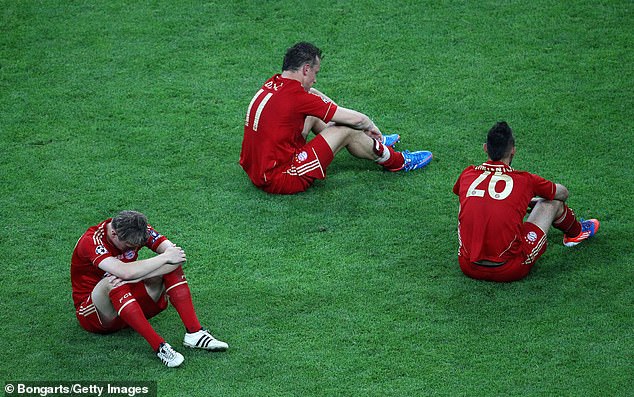 Utter dejection for Toni Kroos, Ivica Olic and Diego Contento after their defeat 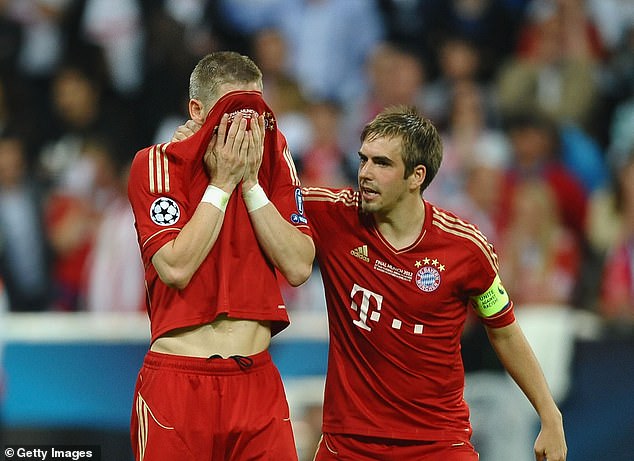 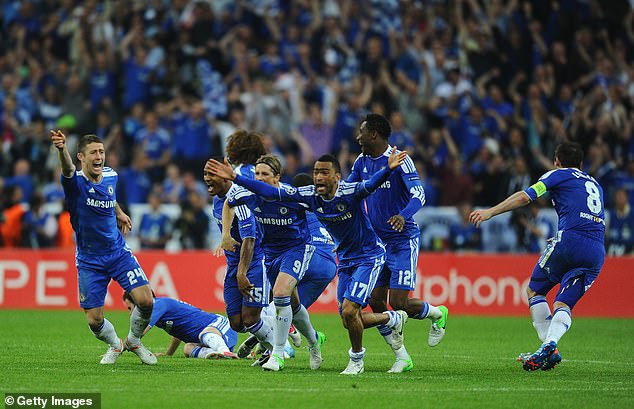 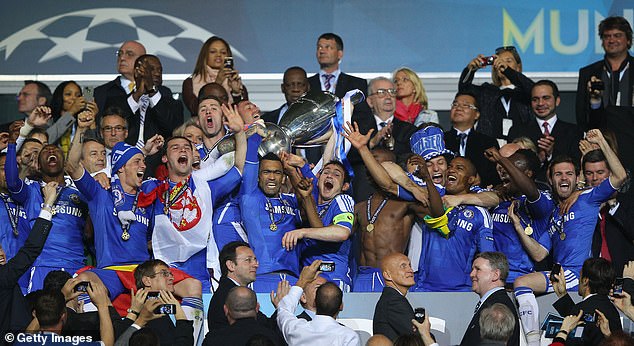 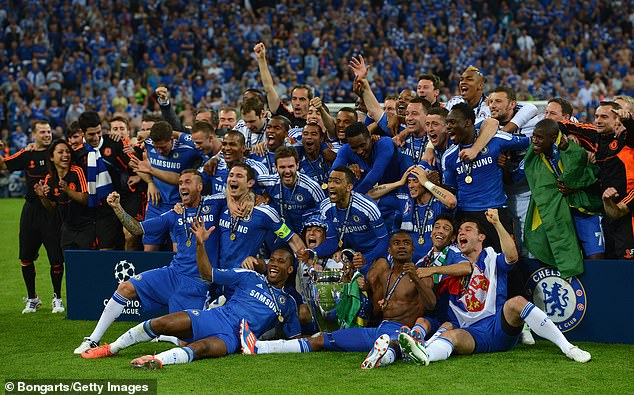 Like 2008, Chelsea were involved in a penalty shoot-out for the European Cup. Mata underhit their first penalty, however, and Neuer saved.

Bayern were flawless with their first three – the third was actually taken by Neuer – and seemed on the brink of victory at 3-2 ahead.

But Cech, having seen a couple of the kicks graze his gloves, guessed correctly to deny Olic. Ashley Cole made it 3-3 and when Schweinsteiger hit the woodwork, Drogba ensured the trophy would be coming back to London for the first time.

As the wall of blue shirts at one end of the stadium celebrated deliriously, the Bayern fans were left to figure out how this one had got away.

There would be some comfort a year later when they beat Borussia Dortmund at Wembley to finally win their fifth – and last – European Cup.

But for the next couple of months, they’d be well advised to keep ‘2012’ and ‘Drogba’ well and truly muted. 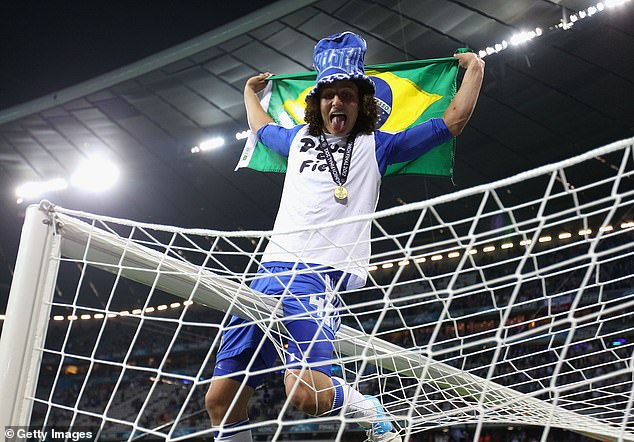 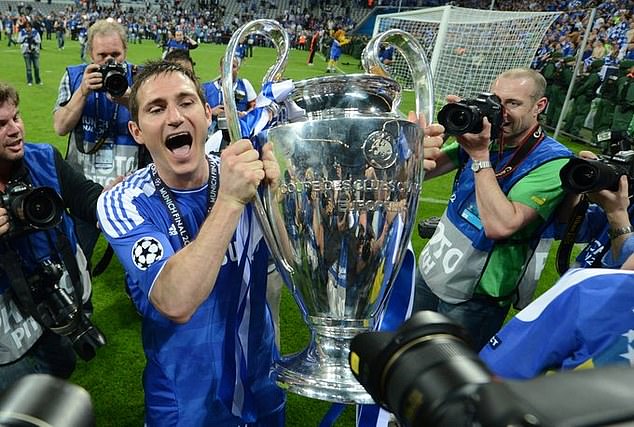