The BBC has been forced to apologise to viewers of Sir David Attenborough’s Seven Worlds One Planet documentary series after it used the wrong animal noises and incorrectly identified bird species.

Footage in the South American episode of the programme shows rare Andean bears in the cloud forests of Ecuador.

But the audio behind them is a far cry from the rustling trees which should have been heard as the bears scaled the 100ft trees.

Instead a soundtrack of one of the continent’s most recognisable birds is played over the top of the footage. 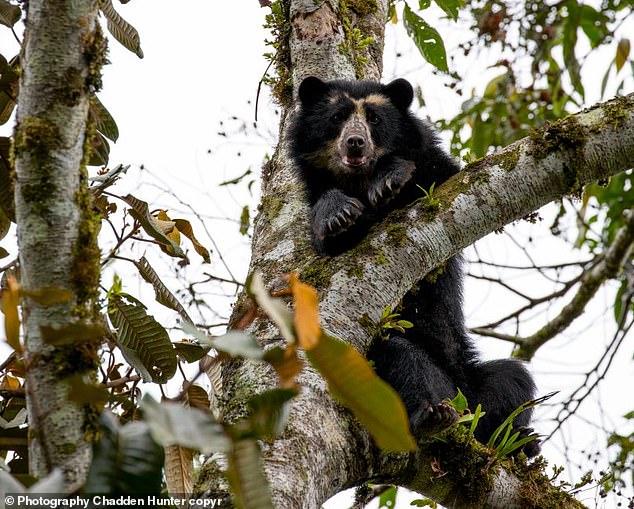 An Andean bear is pictured above. During the show the wrong audio was used over footage

Later on in the show two Andean bears are seen scuffling on a tree branch and a roar from the animals is dubbed over the shot, however it is from the wrong type of species.

According to The Times, the error may have occurred due to the fact that the red-legged seriemas birds are found in South America and are not in the Maquipucuna reserve where the episode was filmed.

The scenes will now be re-edited and the new versions will be uploaded to the BBC iPlayer site in the next few days.

The broadcaster has previously faced scandals from its documentary programmes, which included the broadcasters using the same name for different animals earlier this year in its Serengeti programme. 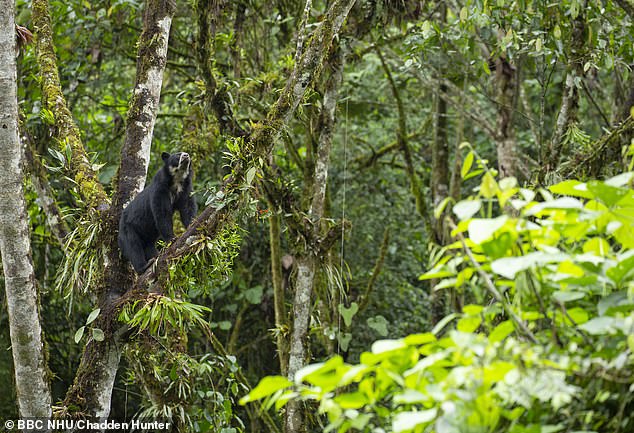 An expert who noticed the audio errors in the Seven Worlds One Planet documentary told The Times that the error was akin to a ‘Mini Cooper popping up in a period drama’.

Dr Alexander Lees, who works as a senior biodiversity lecturer at Manchester Metropolitan University said the BBC ‘needed to pull their socks up’.

‘It’s a case of giving people the honest truth about what’s going on. 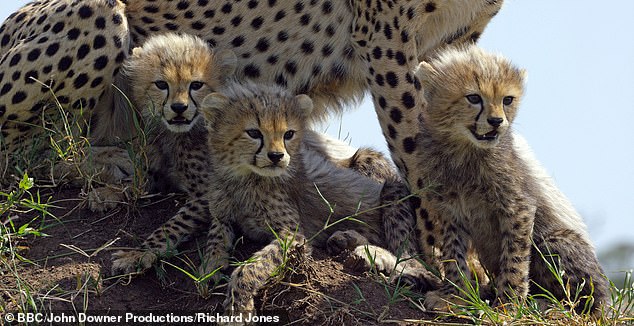 In the Sergengeti show CGI is not used but some previously filmed material is used. Pictured above Cheetah cubs with mum on lookou

‘The red-legged seriema is this big, crane-like thing which is nicknamed ‘the voice of Brazil’. It makes a beautiful wailing sound that is instantly recognisable to several million people living in Brazil. It never occurs on that side of the continent.’

The sound errors were not the only ones to have plagued the South America episode and Lees added that the BBC also misidentified a bird of prey.

Attenborough, 93, narrates one scene where swifts fly through the Iguazú Falls.

The camera zooms in on a bird of prey which is identified as a caraca, not a snail kite, however, Lees said this was not ‘a huge surprise’ as these sorts of birds are really hard to identify.

The show attracts over seven million viewers and the BBC have now said that it is sometimes necessary to use supplementary audio when filming at distance.

In a statement, the broadcaster said: ‘Occasionally it is necessary to add supplementary audio to complement what’s captured, when there is background noise or when filming a significant distance from the animal.

‘This is not unusual in any natural history programme making, but in the South America episode some incorrect audio has been used for a bird sequence and a scene involving an Andean bear.

‘A snail kite was also mistakenly identified as a caracara. We apologise for these errors and they will be corrected for future versions.’