BBC micro:bit beat an iPhone using Siri in a race

Apple’s mighty iPhone had a chunk bitten out of its reputation, after losing in a computer power test to a £12.99 ($18) IT education aid.

In a David versus Goliath battle, the BBC’s Micro:bit beat the Siri-enabled smartphone in a race between eight computers from the last 75 years.

Each device was given 15 seconds to generate as many numbers as possible from the Fibonacci sequence, where each number is the sum of the previous two.

The low-spec teaching tool, given to schoolchildren for free, came out on top while the iPhone languished second to last.

Apple’s mighty iPhone had a chunk bitten out of its reputation, after losing in a computer power test to a £12.99 ($18) IT education aid. The BBC Micro:bit processed more than 8,000 figures in the Fibonacci sequence in 15 seconds 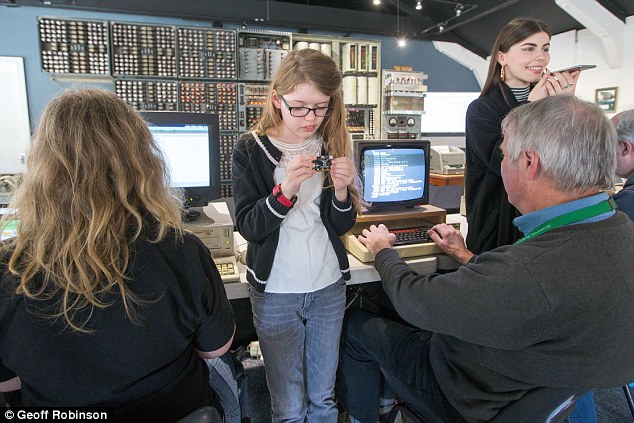 The BBC Micro:bit is held by a young participant (middle) in the digital race that took place at Bletchley Park. The free device, developed by the BBC in 2015, won the competition against several older devices as well as an iPhone 6 using Siri

The Grand Digital competition was hosted at The National Museum of Computing at Bletchley Park in Buckinghamshire.

The BBC Mirco:bit chip, a handheld motherboard around half the size of a credit-card, churned out over 8,000 numbers in sequence in the time allotted.

Speaking to MailOnline about the result Sinead Rocks, the BBC’s director for education, said: ‘We are delighted that the BBC Micro:bit has performed so well and is now helping children in the UK and across dozens of countries worldwide to code and create.’

The Micro:bit is a reincarnation of a series of PCs developed in the 1980s by the BBC to promote computer literacy.

Released in 2015, they are 70 times smaller and 18 times faster than their predecessors and are an attempt to battle the shortage of technological expertise in the UK.

During the contest, the Micro:bit churned out an incredible 8,843 numbers in the mathematical sequence. 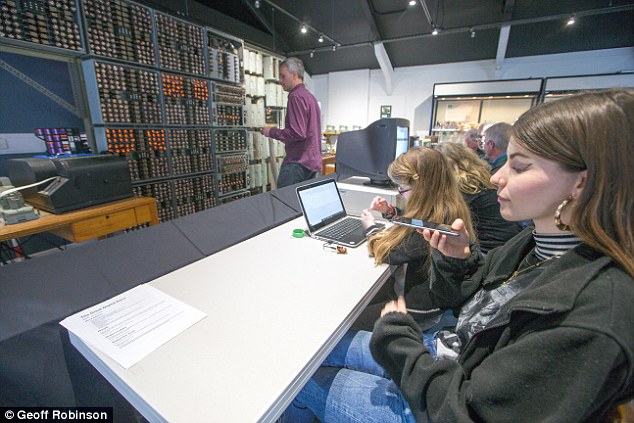 The competition required participating machines to calculate as many numbers in the Fibonacci sequence as possible. The iPhone was using Siri (pictured, right) and came second to last 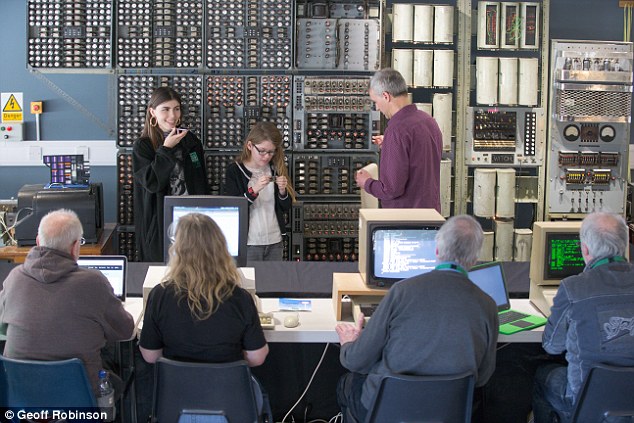 In the first race of its kind, technology from eight different decades were brought together at Bletchley Park to see how far technology had come in recent years by having mathematical race

Other devices were a PC running Windows 98 which placed second with 1,477 numbers and the original BBC Micro from 1981 came third with 70.

The Facit calculator came sixth with seven, the iPhone using siri came seventh with four and the 1951 Witch came last with three. 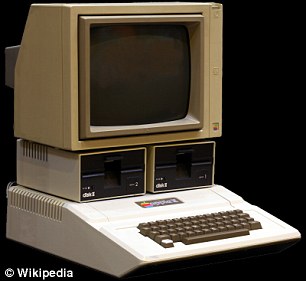 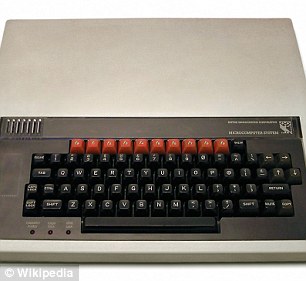 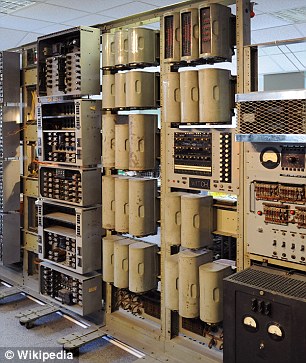 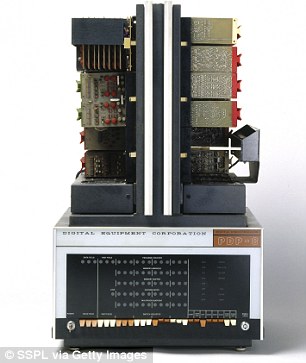 WITCH (left), from 1951 came in dead last, only managing to complete three calculation in the time frame of 15 seconds. The PDP-8 (right) from 1965 came fifth with 16 numbers – still beating Siri on iPhone

During World War II, Bletchley Park was home to Alan Turing who cracked the ‘Enigma-code’ used by Nazi-Germany to pass on information.

Kevin Murrell, trustee of The National Museum of Computing, said: ‘This is the first time that machines from so many decades of computing have raced together.

‘I suspect this was the first of many Grand Digitals as we have many other original working computers, skilfully restored by our Museum volunteers, that could enter the race to demonstrate the advance of computing.’ 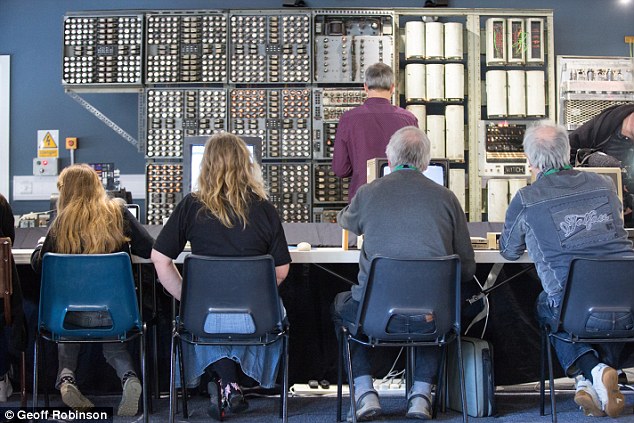 The winner of the competition was the BBC Micro:bit churned out an incredible 8843 numbers in the mathematical sequence, the PC with Windows 98 came next with 1477 and the original BBC Micro from 1981 came third with 70 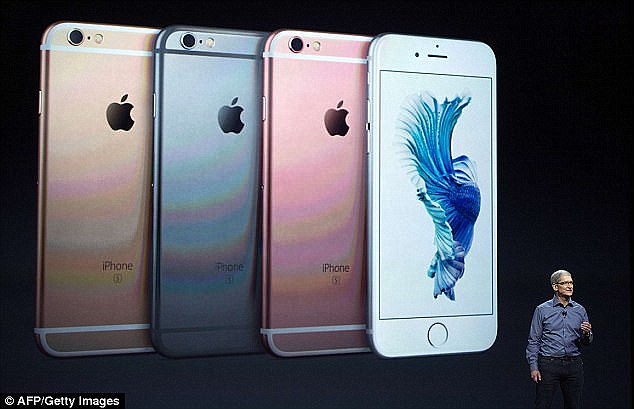 The iPhone 6 languished second to last, generating just four numbers in the sequence. This image shows CEO Tim Cook at the launch of the iPhone 6 on September 9, 2015

WHAT IS THE FIBONACCI SEQUENCE? 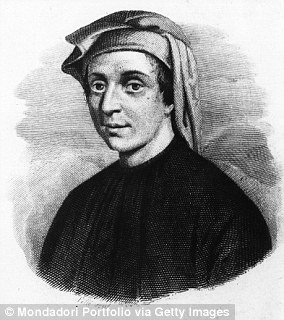 Fibonacci, the Italian mathematician that lived during the Middle Ages revolutionised Mathematics

Fibonacci, the Italian mathematician that lived during the Middle Ages revolutionised the school of mathematical thought.

In the year 1202 he published a book titled Liber Acaci where he first documented the Fibonacci sequence.

In the Fibonacci sequence of numbers, each number is the sum of the previous two numbers.

There is a phenomena known as the Golden ratio which is 1.618, the ratio between two numbers in the sequence is often very close to this number.

Fibonacci did not speak about the Golden ratio at the time.

This ratio is now known as Phi, a mathematical constant denoted by the Greek letter ϕ.

This ration is commonly found in nature as pine cones and sea-shells are a couple of examples of Fibonacci’s spirals.

Fibonaccis’s spirals come from squaring the numbers in a Fibonacci sequence and adding them all up.

This number will equal the same as the last number in that sequence multiplied by what would come next in the sequence.

This relationship is a key principle of modern mathematics.