BBC Newsnight’s editor Katie Razzall shared her embarrassment at being appointed as a white woman to chair a session on ‘racism in TV newsrooms’ at a media festival.

The 49-year-old told the online Edinburgh TV Festival this week: ‘My chairing this panel as a white woman is indicative of the challenge we are all facing.’

It comes amid a lack of ethnic minority presenters and reporters on the BBC’s current affairs programme which has resulted in it being nicknamed ‘Newswhite’.

The BBC has also been criticised this week over its decision to perform Rule Britannia and Land of Hope and Glory without lyrics at this year’s Last Night of the Proms.

It will have an orchestrated version without lyrics after organisers allegedly wanted to reduce patriotic elements to reflect the Black Lives Matter anti-racism movement.

BBC Newsnight’s editor Katie Razzall, pictured presenting the programme on May 27, shared her embarrassment at being appointed as a white woman to chair a session on racism in TV

Razall was chairing a discussion called ‘reporting racism: TV journalism and Black Lives Matter’, with four panellists, three of whom are black and one who is white.

Katie Razzall joined Newsnight as a special correspondent from Channel 4 News in January 2014, before she was appointed as UK editor of the BBC programme in May 2019.

The 49-year-old spent 15 years working for Channel 4 as a presenter, producer and journalist – and reported on the 2004 tsunami from Sri Lanka where she was on honeymoon with her husband, actor Oliver Milburn.

Upon being hired by Newsnight six years ago, she was praised by its then editor Ian Katz for having a ‘distinctive voice and original reporting”.

She temporarily replaced Emily Maitlis as host in May after her colleague was criticised for a monologue attacking the Government’s handling of Dominic Cummings’s lockdown trip scandal.

Her father is Liberal Democrat peer Lord Razzall, a former party treasurer nicknamed ‘Lord Razzall of Dazzle’ for his love of the high life.

Razzall, who previously dated actor Damian Lewis, has a young daughter with her husband named Matilda.

She also featured on the song The 2nd Law: Unsustainable by rock band Muse, reading out words written by lead singer Matt Bellamy.

Its billing in the TV festival programme said: ‘An industry that is supposed to hold a mirror to society found it had to scrutinise itself, while doing justice to a story of enormous global importance, in the middle of a pandemic.

‘Katie Razzall chairs a panel of journalists to explore issues of race, diversity, impartiality, and responsible reporting in an age of social and political earthquakes.’

Newsnight does not have a single non-white journalist who appears in front of the camera, with only one ethnic minority reporter on the show in the past four years.

This was Secunder Kermani, who left in 2018 to join BBC News, while BBC Breakfast’s Naga Munchetty filled in as a presenter for 12 weeks in early 2017.

A BBC insider told The Mail on Sunday last week: ‘Newsnight is the most sanctimonious programme on television, yet they have a terrible record when it comes to racial diversity.

‘You have Emily Maitlis claiming to be right-on, yet the show she presents is staffed, on screen anyway, by 100 per cent white people.

‘To say it has been noted within the industry would be a huge understatement. Everyone is talking about it and its nickname is ‘Newswhite’.’

As well as Maitlis, who won plaudits last November for her eviscerating interview with Prince Andrew over his relationship with Jeffrey Epstein, the programme is presented by Kirsty Wark and Emma Barnett.

Others who regularly appear on screen include political editor Nicholas Watt and policy editor Lewis Goodall, both of whom are white.

Newsnight is no stranger to controversy, with Goodall accused of bias earlier this month after writing an article about the exams crisis for Left-leaning magazine The New Statesman.

Under the headline ‘How a Government led by technocrats nearly destroyed a generation of social mobility’, he wrote: ‘We cannot know the extent of Dominic Cummings’ involvement in this sorry episode, and it may be that he was not part of it at all.

‘But his approach encapsulates a method of governing that was on full display throughout.’

The article was approved by the BBC, which said it fell within its impartiality guidelines. 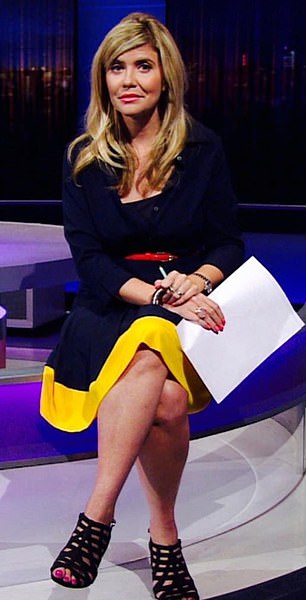 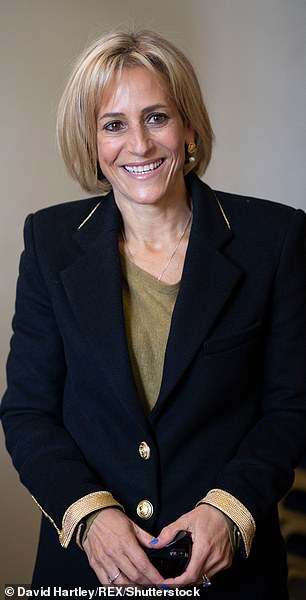 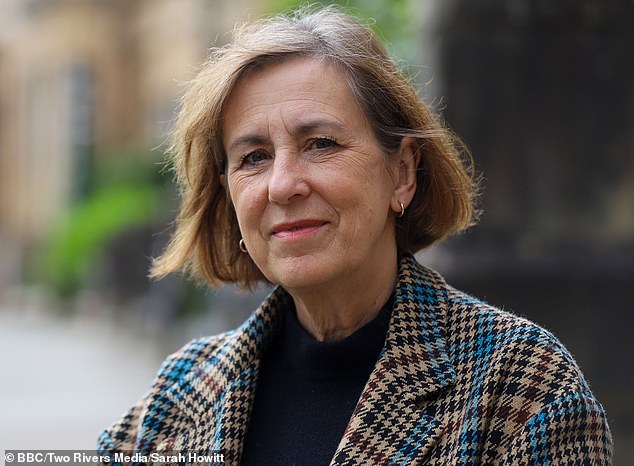 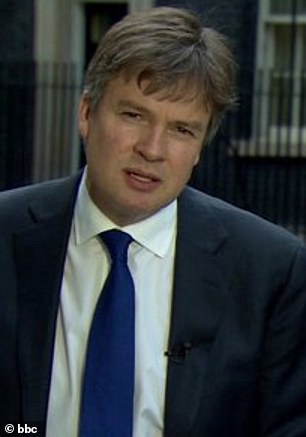 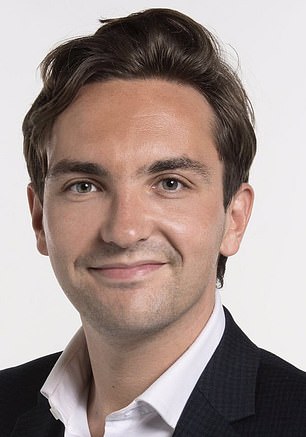 However, the Corporation ruled that a 53-second monologue by Maitlis lambasting Mr Cummings for flouting lockdown regulations earlier this year had not met the required standards of impartiality.

Her introduction to the programme on May 26 began: ‘Dominic Cummings broke the rules. The country can see that and it’s shocked the Government cannot.’

She added that the public mood was ‘one of fury, contempt and anguish’.

A spokesman for Newsnight said last week: ‘Newsnight has an off-air team which exceeds the BBC’s target of 15 per cent black, Asian and minority ethnic people. 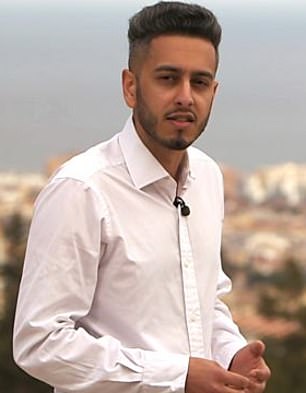 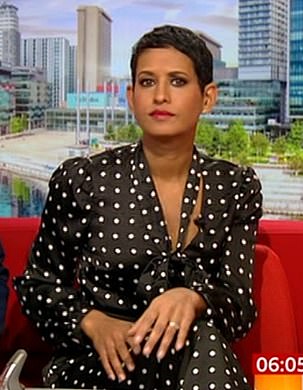 The only ethnic minority reporter on the BBC’s flagship show in the past four years was Secunder Kermani (left), while Naga Munchetty (right) filled in for 12 weeks in early 2017

‘But we know we still have more work to do, both on and off screen, and are fully committed to doing so.’

Earlier this week, BBC director-general Tony Hall was questioned about his handling about the row over the use of the N-word in a news report.

He denied he apologised for the use of the word only after board members lobbied him to do so because of potential mass resignations from ethnic minority staff members.

Speaking on Radio 4’s The Media Show, Lord Hall added that the racial slur is still not categorically banned.