BBC spends more on Left-wing Guardian than any other newspaper

It has rejected claims of being in thrall to Labour, but new figures reveal that the BBC spent more money on the Left-leaning Guardian than any other newspaper.

The Corporation bought an average of 230 copies a day at an annual cost of £153,160 – even though The Guardian accounts for just a tiny proportion of Britain’s total newspaper sales.

The figures, revealed in a Freedom of Information request, will do nothing to dampen criticism that the BBC pursues a liberal, woke agenda.

‘I wonder how many copies of the paper are sold outside of London? And the BBC is London-centric. This is endemic Left-wing bias.’

A FOI revealed that the BBC spent more money on the Left-leaning Guardian than any other newspaper. Conservative MP Andrew Bridgen (pictured) said: ‘This is endemic Left-wing bias’

BBC offices across the UK bought 71,916 Guardian newspapers last year, the equivalent of 1,383 copies a week – slightly less than The Times, which was the most purchased paper, at 72,396 copies.

However, the difference in cover price meant more money was handed over to The Guardian, which sells only 109,533 copies a day, according to the latest official circulation figures.

The BBC bought 7,521 copies of this newspaper. 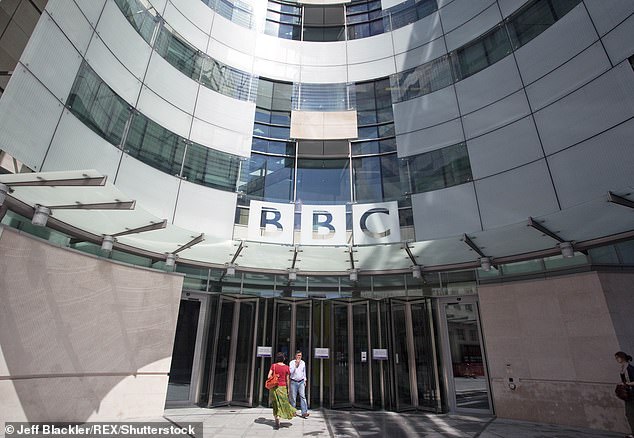 The BBC bought an average of 230 copies of The Guardian newspaper a day at an annual cost of £153,160 – even though the newspaper accounts for just a tiny proportion of Britain’s total newspaper sales

In total, the BBC spent 2.7 times as much on the Left-wing Observer and Guardian as it did on The Mail on Sunday and the Daily Mail, our sister paper, which has a circulation of 994,081.

Overall, 7.5 times more people buy the Mail titles than the Guardian and Observer.

A spokesman for The Freedom Association campaign group, which lobbies against the BBC licence fee, described the Corporation’s spending on The Guardian last year as ‘astonishing’, adding: ‘It does nothing to stop the criticism that they follow a Left-wing agenda and are intent on propping up friends in the Left-wing media.’

The BBC, which was derided by Downing Street recently for speaking to only a Metropolitan bubble, has been rocked by a series of controversies over its politically correct agenda, including an attempt to perform Land Of Hope And Glory and Rule, Britannia! without their patriotic lyrics on the Last Night Of The Proms.

A spokesman for the BBC said: ‘Counting newspaper purchase figures is a daft way of judging anything, but if you must, the BBC bought more copies of The Times than any other paper.’