A pint-sized dance troupe for larger-figured ladies has come under attack, with BBC bosses claiming the catchy title ‘Strictly Curved’ is too similar to the broadcaster’s hit TV show.

Essex-based dance tutor, Teresa Lawrence, who runs ‘fun dancing classes for the fuller figure’, called the BBC ‘petty and stupid’ for threatening legal action in a letter she received on Monday.

‘It looks like we have to change our name as the BBC won’t let us use the word ‘strictly’!’ the 50-year-old dance tutor shared over her group’s Facebook page.

‘Oh well they won’t get us down we will all come up with a better name as strictly speaking it won’t bother us,’ she joked.

Teresa, who is a proud size 24 and lives in Basildon, runs classes for ‘the fuller figure’ in community centres across Essex for around £5 a class. 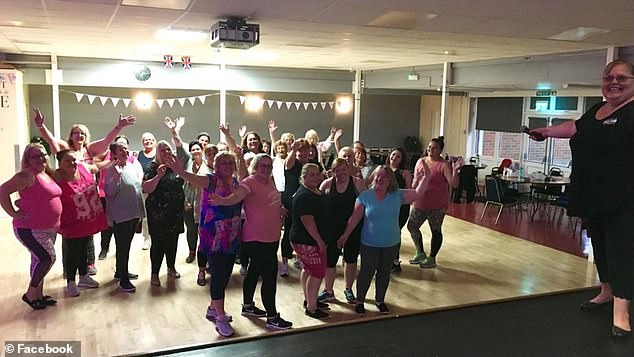 A pint-sized dance troupe for larger-figured ladies (pictured) has come under attack, with BBC bosses claiming the catchy title ‘Strictly Curved’ is too similar to the broadcaster’s hit TV show

‘It looks like we have to change our name as the BBC won’t let us use the word ‘strictly’!’ the 50-year-old dance tutor shared over her group’s Facebook page

She applied to trademark the name Strictly Curved in August but on Monday received a letter from BBC lawyers demanding she change the name and remove her Facebook page.

The letter – sent by the BBC’s Intellectual Property Department – dictates she has a week to stop using ‘anything similar’ to the Strictly Come Dancing brand, which the broadcaster has trademarked.

But Teresa says her classes – run three times a week – attract about 30 people for each session.

‘It’s not like I’m earning millions of pounds from it!’ she told MailOnline.

‘Strictly Come Dancing has 10million viewers. I can’t see how it could ever be confused.’

‘We are all fuming. This is completely over the top,’ she told The Sun.

‘All I wanted to do was provide an environment where people who are body conscious could enjoy themselves and learn how to dance.’

However, the BBC contends in its letter that Teresa’s branding is ‘likely to confuse and/or mislead the public and make them believe your offering is somehow connected with, licensed or endorsed by the BBC’.

A BBC spokesperson said: ‘We’re fully supportive of someone running dance classes and wish them luck, but it’s important the public isn’t misled and don’t mix up an independent dance business with something endorsed by the BBC.’

But Teresa says her classes are a place for people who wouldn’t normally feel comfortable going to the gym or doing a class.

‘They have enough stigma as a bigger person as it is,’ she said. 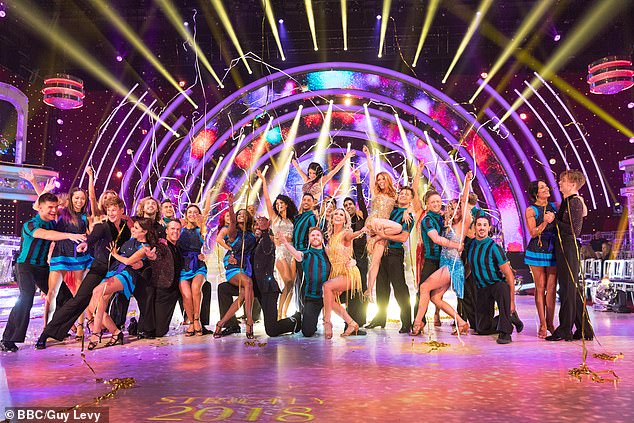 ‘Strictly Come Dancing (pictured) has 10million viewers. How could anyone confuse the two?’ Teresa told The Sun