A war journalist who sued the BBC claiming she was bullied into a dangerous assignment during which she was nearly blown up has received a £40,000 payout.

News producer Natalie Morton, of Highgate, North London, was struck down by ‘severe’ post-traumatic stress disorder and anxiety following the blast in Syria.

The 44-year-old said the incident in April 2014 ended her career, saw her turn to drink and traumatised her so much that she now cannot even watch the news.

Ms Morton was with the BBC’s chief war correspondent Lyse Doucet in Homs when a bomb landed close to her car, showering it with shrapnel.

A cameraman suffered 35 shrapnel injuries and Ms Morton said the blast destroyed her mental health, although she escaped with minor injuries.

News producer Natalie Morton, pictured with cameraman Phil Goodwin after nearly being blown up in Homs, Syria, in April 2014, claimed she was bullied into a dangerous assignment

Suing the BBC, Ms Morton said she was bullied by Ms Doucet – who has an OBE and was part of the BBC’s Emmy-winning Syrian war reporting team – into risking her life on the ‘unnecessary’ trip into Homs.

And although the BBC and Ms Doucet denied the accusation, the corporation has now agreed to settle the case by paying Ms Morton £40,000 plus her legal costs.

The settlement of the case, which was due to go before a judge last week, was revealed in a court order, in which the BBC continues to deny liability for Ms Morton’s injuries.

In papers filed for the claim at Central London County Court, Ms Morton’s barrister Simon Anderson claimed Bafta-nominee Ms Doucet was ‘angry’ at her for refusing another dangerous assignment and ‘intimidated and pressurised’ her into taking a pointless journey into Homs.

Her job was to provide news coverage of the conflict as Ms Doucet’s producer, while Ms Doucet and Mr Barnwell also filmed Bafta-nominated current affairs documentary ‘Children of Syria’. 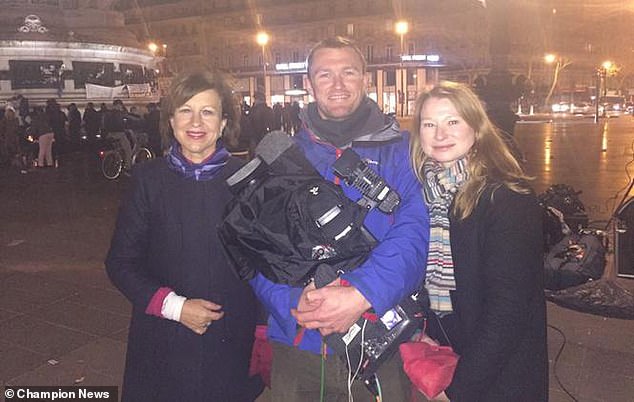 BBC war correspondent Lyse Doucet (left) and Ms Morton (right) with cameraman Raeph Ballantyne (centre), who was not involved in the Syria blast at the centre of Ms Morton’s claim

Filming for the documentary was taking place at a centre for ‘internally displaced persons’ in Homs when the stray mortar landed near to the vehicle where Ms Morton was waiting outside.

Mr Goodwin was left with 35 wounds and, although she escaped with minor injuries, the incident ruined Ms Morton’s mental health, leaving her struggling to cope with the impact of her shocking ordeal, it was claimed.

She said she turned to drink to deal with the after-effects of the blast and, due to her fragile mental health, will never be able to return to war journalism.

‘She has not watched or listened to the news since May 2015,’ said her barrister.

Ms Morton claimed there was no need for her to make the trip to Homs, as she was not involved in the documentary, and that she was ‘persuaded/required’ to go, having refused a hazardous assignment with Ms Doucet in the town of Maaloula previously.

‘Lyse Doucet expressed anger and frustration with the claimant for her decision to refuse to travel to Maaloula, and intimidated and pressurised her to travel to Homs in circumstances whereby the journey was unnecessary,’ Mr Anderson claimed. 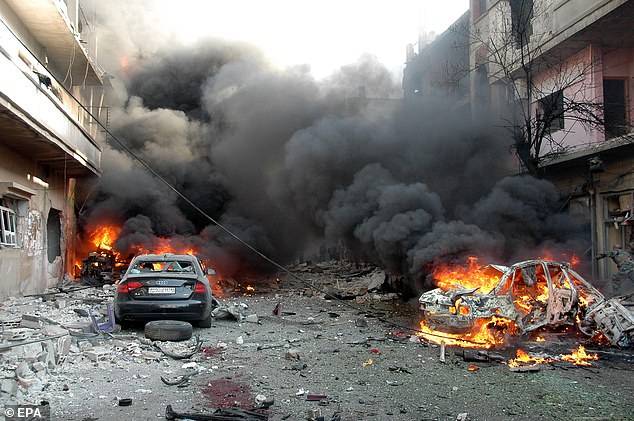 Filming was taking place at a centre for ‘internally displaced persons’ in Homs (above, in April 2014) when a stray mortar landed near to the vehicle where Ms Morton was waiting outside

However, the BBC said Ms Morton had decided to go along, and insisted that all precautions were taken. Ms Morton was victim of a ‘random and lucky’ strike and was not put under any pressure to travel with Ms Doucet to Homs, said BBC barrister David Platt QC.

Canada-born Ms Doucet is one of the BBC’s top journalists and presenters, having won awards for her work in war-torn countries, and in 2014 was awarded an OBE for her services to broadcast journalism.

‘There was no obligation on the claimant or any member of ‘News’ to go to Homs,’ he said in the BBC’s defence to the action.

‘The claimant had full ownership of this decision and could have declined to go. Indeed she had an absolute right to refuse.’

He adds: ‘Ms Doucet did not pressurise or intimidate the claimant, who raised no objection to going to Homs.

‘Neither did the claimant need to go, had she viewed it journalistically unnecessary. Neither had Ms Doucet had any resentment over the decision not to travel to Maaloula, and this change of plan was driven primarily by Lana Antaki [a local producer].’ 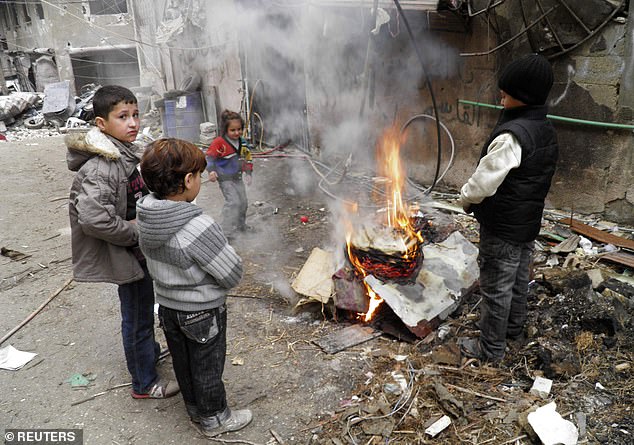 He said a risk assessment for the trip had been properly completed and pointed out that the governor of the city had confirmed to the team that it was safe for them to visit.

He said Ms Morton had been ‘expressly advised’ by her driver not to stay in the vehicle and, as a war journalist, she knew exactly what she was signing up for.

‘The claimant had total discretion on where and how to work, did not take instructions from Ms Doucet, and was experienced in conflict zones,’ said Mr Platt.

‘It was her decision to remain in the vehicle and work from there. She was sufficiently relaxed not to wear her PPE – including body armour and helmet.

‘She had applied for the job knowing that she would be exposed to an element of risk given the high probability that she would visit hostile environments.’

Ms Morton’s claim was due to go before Judge Heather Baucher last week, but was settled after the BBC agreed to pay her £40,000 and to cover the cost of her legal bills, which are likely to run into many tens of thousands of pounds.

The court order settling the claim states: ‘The settlement is agreed without any admissions of liability by the defendant.’