A group of leading female figures at the BBC have been discussing alleged claims of sexual harassment within the organisation and urging victims to come forward.

The women came together after the BBC gender pay gap row, but since the Harvey Weinstein scandal, are also reported to have discussed sexual harassment within the organisation.

The group is allegedly in contact with a group of female colleagues who claim to have been sexually harassed at work at the BBC and encouraged them to report them to management.

A group of leading female figures working at the BBC, including Mishal Hussain (pictured) have been discussing claims of sexual harassment at the Corporation and reportedly encouraging potential victims to come forward

On Friday it was reported the BBC was investigating a senior sports reporter over claims he had groped women.

But The Sunday Times has now revealed that person was the Radio 5 Live presenter George Riley who was supposed to be leading coverage of the Rugby League World Cup match between Wales and Papua new Guinea yesterday, but was mysteriously absent.

According to the newspaper there is another male BBC employee being investigated over sexual harassment claims after the group of women encouraged alleged victims to come forward.

A source close to the group told the newspaper: ‘Complaints about these two men may just be the tip of the iceberg at the BBC.

‘This group is formed from some of the BBC’s most powerful female talent and editors. It will not stand for sexual harassment of women at the corporation.’ 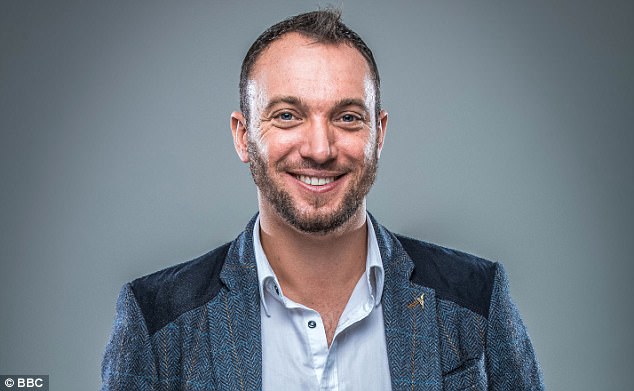 During the discussions, the conduct of two BBC male staff have been flagged up. Radio 5 Live presenter George Riley (pictured) was suspended on Friday and absent from yesterday’s Rugby League World Cup Match. Another is also being investigated 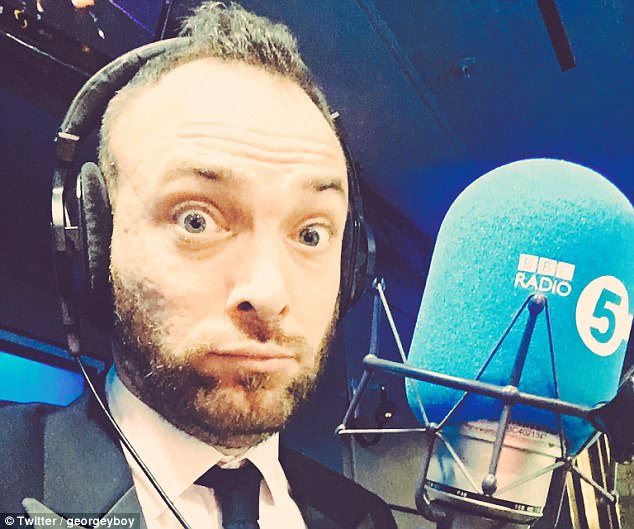 George Riley (pictured) is the voice of breakfast time on Radio 5 Live and presents programmes on rugby league, snooker and darts

The allegations against Riley, who is originally from Leeds and joined 5 Live in 2004, are believed to have span six years.

One of the women who reported him allegedly complained about the sports presenter as part of the 2013 Respect at Work Review carried out in the wake of the Jimmy Savile crisis.

The BBC was left heavily-wounded after it came out Savile had sexually abused women and children while he was working there, during a career spanning more than 40 years.

Independent of the BBC, the review was set up to ‘assess complaints of sexual harassment made by staff o freelancers at the BBC or involved in BBC productions’.

Riley has been the voice of 5 Live’s breakfast broadcast since 2011. He presents rugby league, darts and snooker programmes for the BBC, both on TV and radio.

He has suspended until the inquiry around him and the other male employee has concluded, the newspaper reports.

When contacted by MailOnline the BBC reissued its previous statement, saying: ‘We can’t comment on individuals but treat any allegations seriously and have processes in place for investigating them.’

The group of female presenters, which includes Washington correspondent Rajini Vaidyanathan, and some of the BBC’s top female editors, is believed to be in touch with some of the alleged victims.

Vaidyanathan has already gone public about her own experience of sexual harassment. 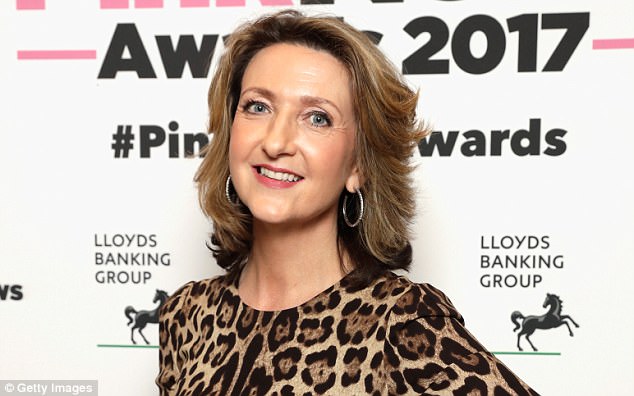 BBC Two presenter Victoria Derbyshire (pictured) is another member of the group of female BBC employees who united after the pay gap scandal. The group have now been discussing sexual harassment within the organisation

She revealed in a BBC online article she wrote that she had been sexually harassed by a colleague twice her age while in New York covering the Republican Party convention in 2004.

The man’s identity was not revealed, but was already in a relationship at the time, telling her: ‘I’m unbelievably sexually attracted to you. I can’t stop thinking about you.’

Today presenter Husain has slammed reports the group of BBC women she is part of is ‘focused on sexual harassment or targeting individuals’.

‘It is an inaccurate portrayal of conversations women at the BBC have been having since the pay gaps were identified in July. 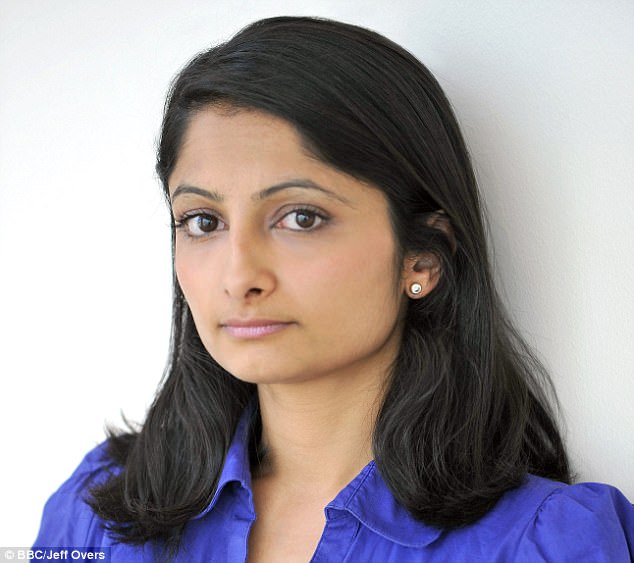 ‘Our group acts as a forum for female colleagues to come together, which many of us wish had existed earlier in our careers, offering support and advice where necessary.

‘It is wrong to portray it as being focused on sexual harassment or targeting individuals.’

The internal investigation into Riley and the other anonymous member of staff is being led by the BBC’s corporate security and investigations team headed by Carol Ann Kinley-Smith, a former Metropolitan police detective.

It is understood that the BBC has hired several former detectives and that one of them has spoken to a number of the women.