‘Be taken by Albania’: Country’s slogan links it with Liam Neeson’s movie about sex trafficking

‘Be taken by Albania’: Country’s tourism chiefs choose a slogan that links it with Liam Neeson’s movie about sex trafficking

It’s a brave tourism board that plumps for a slogan to promote its country as a holiday venue which references a film about it featuring kidnapping and sex trafficking.

But that’s what Albania has done with its new offering ‘Be taken by Albania’.

Although it’s intended to convey ‘taken’ in the sense of ‘captivated’, the strapline inevitably draws associations with the 2008 Liam Neeson film Taken, which is about an Albanian sex trafficking ring. 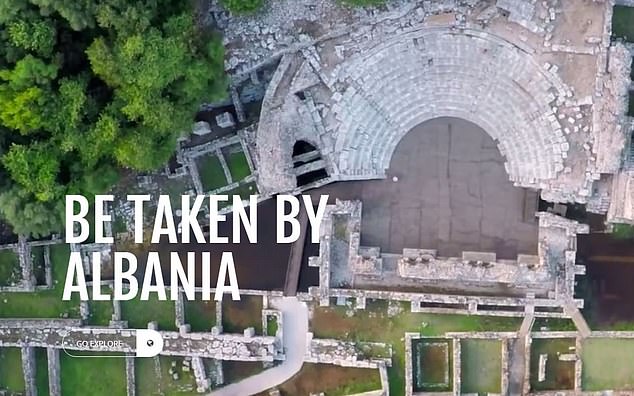 Albania mania: Tourism board encourages Northern Irish star of violent movie to visit the country and ‘be taken by its beautiful nature, hospitality and eternal traditions’

And it’s an association that’s not lost on the tourism board which, on its website, refers to its reputation for criminal activity and invites the Northern Irish actor to visit.

The country concedes: ‘In popular culture, Albania has been coloured as a haven for thugs, criminals, and gangsters. 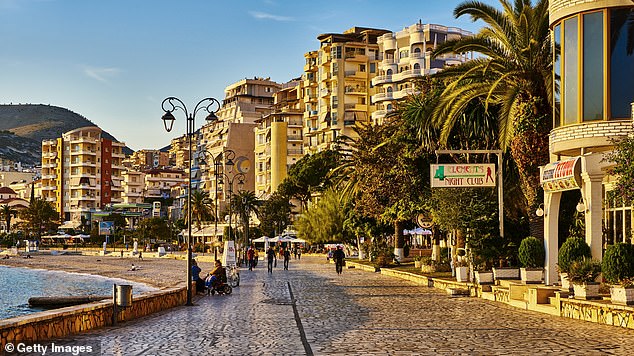 Trip to the seaside: Sarande, Albania, on the Adriatic coast is among the sights that Liam Neeson could see if he takes up an invitation to visit and bows to pressure from a petition to go 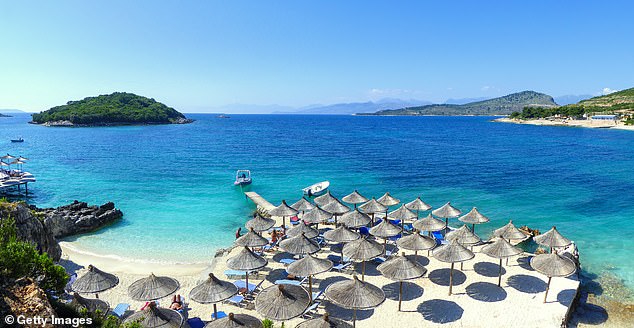 Sunny place, shady people: Ksamil beach, near the archaeological city of Butrint is an example of the beautiful places that the Albanian tourism board say belie its fictional reputation

‘In reality, Albania is a beautiful and incredibly safe place to visit and live.’

The website goes on to invite Neeson to come to Albania to ‘be taken by its beautiful nature, hospitality and eternal traditions’.

The actor, only last month, sparked controversy by telling a journalist how he prepared for his latest violent role in Cold Pursuit, out now. 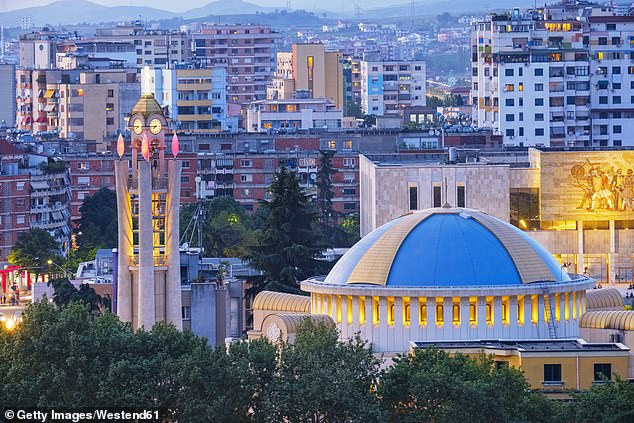 Unorthodox promotion: Albania’s latest campaign to encourage tourism links to a film about gangsters which it says is just stereotyping because the country is ‘a beautiful and incredibly safe place to visit and live’ with Tirana’s orthodox cathedral (above) among the draws

In an interview with The Guardian, he explained how a friend’s rape, 40 years ago, had led him, in a moment of madness, to contemplate revenge against any black person he encountered that night, drawing allegations of racism.

That, Neeson said, had informed how he played a man avenging his son’s murder in his latest release.

The Albanian tourism board may be hoping that the associations its campaign makes with the disgraced actor and a film he made about the country’s gangsters gets people talking, adopting the mantra that ‘there is no such thing as bad publicity’.