Beachgoers horrified as man clambers over a huge rockfall

Witnesses watched in disbelief as a reckless beachgoer clambered over a huge rockfall at a spot made famous by ITV’s Broadchurch series.

A man scrambled up the fresh mound of thousands of tonnes of rubble in the incident at Dorset’s West Bay.

It comes just months after the cliffs on the Jurassic Coast had a 2,000 tonne landslide, with warnings issued to day-trippers to avoid the area.

But it did not stop the man clambering up the debris, with people amazed when he put his safety at risk. 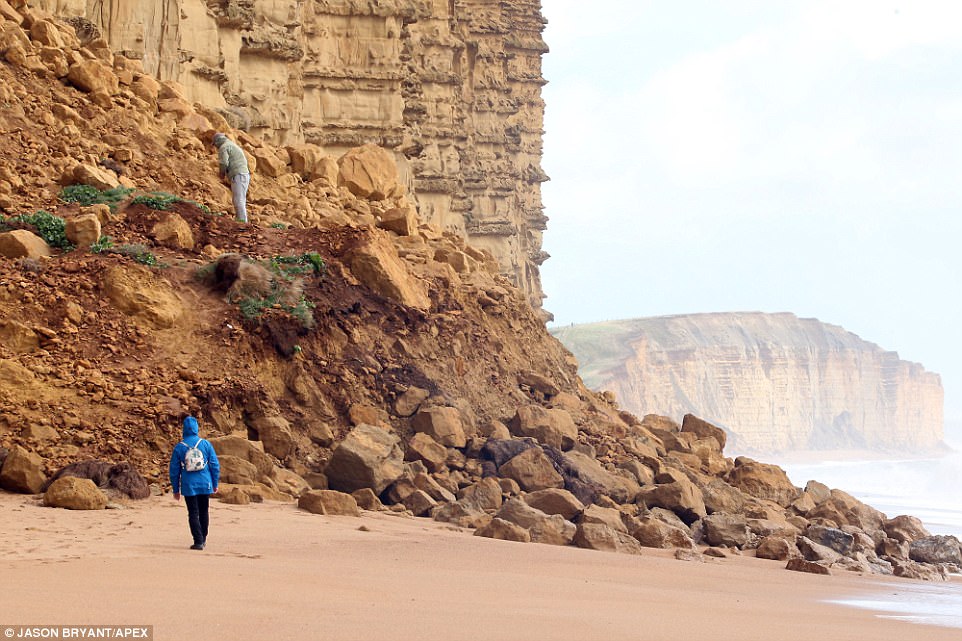 The 2,000 tonne landslide hit the cliffs at West Bay, Dorset, in June, with authorities immediately warning people to stay away. But despite the concerns, several tourists, including this man, have continued to climb up the debris 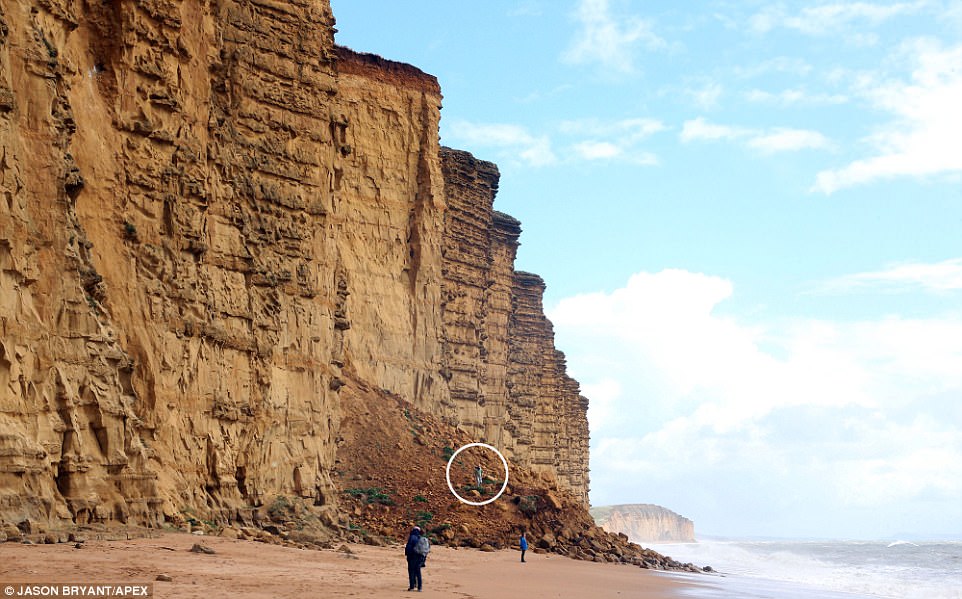 Witnesses said they watched on ‘in disbelief’ and branded the cliffs, pictured, ‘incredibly dangerous’ given their history 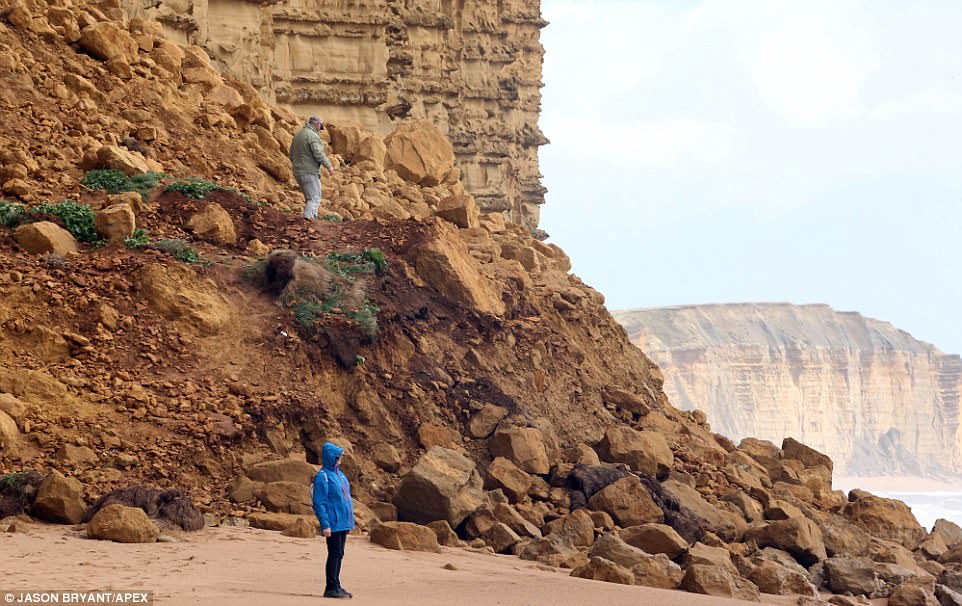 Bystander Ian Passmore said: ‘I watched in disbelief as the man started climbing up the landslip. What did he think he was doing? These cliffs are incredibly dangerous!’

In June Dorset Police warned people to stay away from the cliffs amid fears of another collapse.

Ch Insp Steve White said at the time: ‘We would like to remind people that the cliffs remain unstable and it is possible further rock falls could occur.

‘We urge the public to obey warning signs, not to stand near the edge of cliff faces or stand directly underneath them.

‘Landslides and rock falls can happen at any time and without warning.’

The picturesque spot is often used as the backdrop for selfies with tourists seen getting as close to the edge of the cliff as possible. 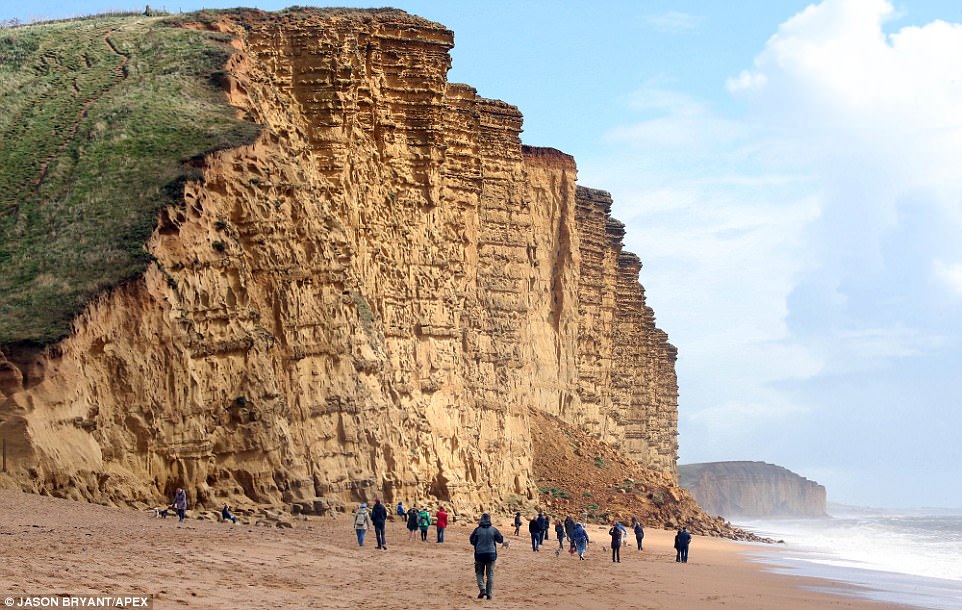 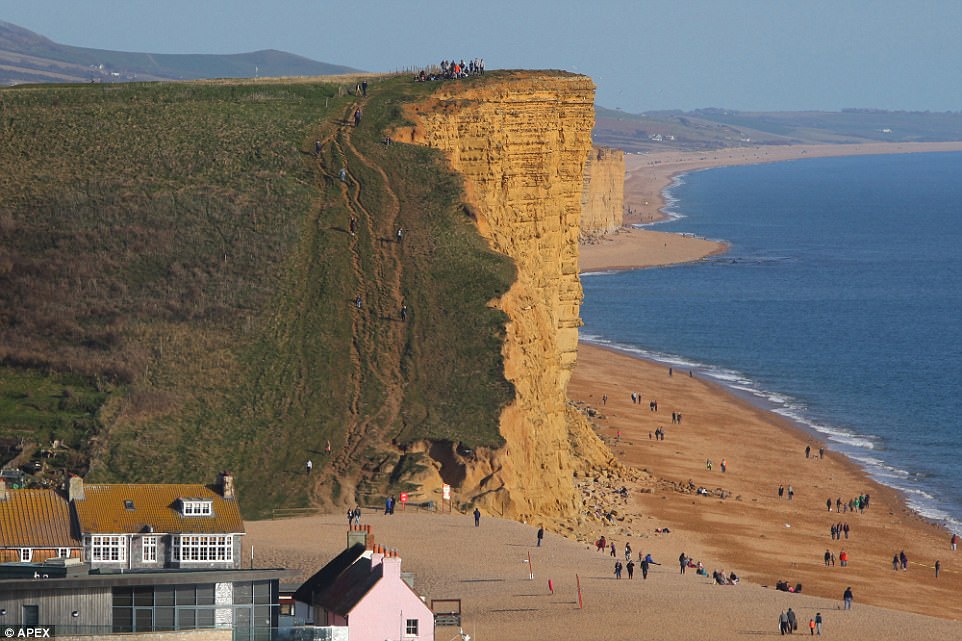 The beach remains very popular, with dozens of people pictured walking below the cliffs earlier today 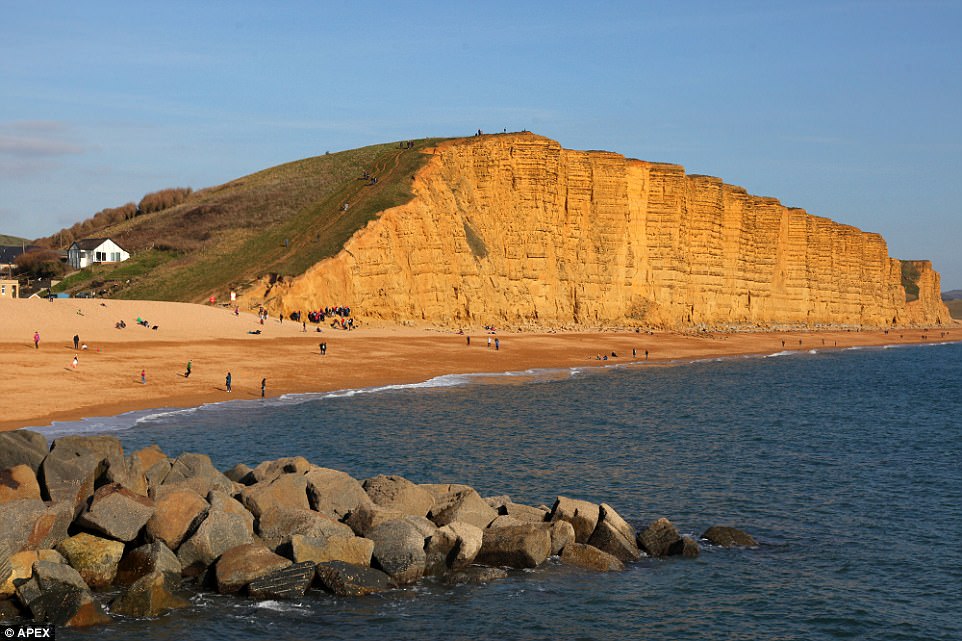 After the landslide in June, a spokesman for the Coastguard said: ‘It’s very clear that cliffs are very unstable in places and we really can’t stress enough how important it is to keep back from the edge. There is no safe place to be.

‘When standing at the bottom of a cliff, we would always advise people that they shouldn’t stand less than the height of the cliff away.’

In 2012, tourist Charlotte Blackman died at nearby Hive Beach when she was buried under a rockfall.

The seaside destination was the main filming location for all three series of the popular ITV drama Broadchurch, starring David Tennant and Olivia Colman.