Beau Ryan speaks out about The Footy Show’s axing

Beau Ryan is blaming a change in time slot for The Footy Show’s cancellation.

Speaking with KIIS FM’s Kyle and Jackie O Show on Wednesday, the 33-year-old claimed ‘he had a feeling’ that the show would not be renewed, saying that a later starting time presented problems for the program.

The former NRL star also revealed he is still contracted with Channel Nine ‘for a year’, before he joked that he might now fill in for Karl Stefanovic when he is away from the Today Show.

‘I had a feeling this would happen!’ Beau Ryan spoke with The Kyle and Jackie O Show on Wednesday, discussing the cancellation of his Channel Nine program The Footy Show

‘To be honest, I had a feeling this would happen,’ Beau conceded, calling in to chat with Kyle and Jackie O from a holiday location on the Queensland Sunshine Coast.

‘Obviously our show got moved late. I know people say it’s a cop out, but the (changed) time slot did hurt us,’ he explained. 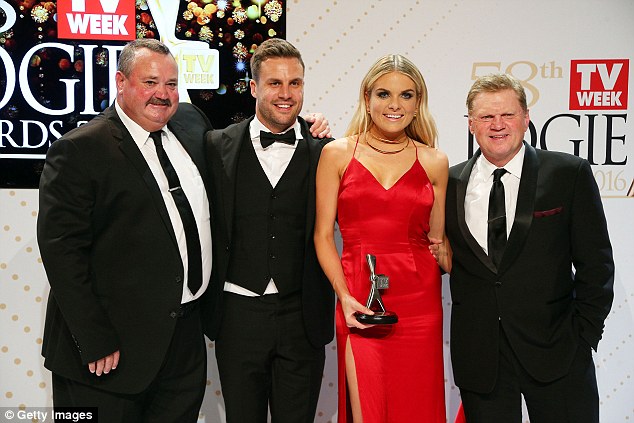 In happier times: The 2016 cast of The Footy Show, Darryl Brohman, Beau Ryan, Erin Molan and Paul Vautin, pictured at the Logie Awards

Beau also believed that a change in format may not have helped, with this year’s season of the show focusing largely on football, as opposed to light-hearted chat and entertainment.

‘We used to have a lot of fun, even the show before me, with Matty Johns and all that, was more fun and entertaining, but now it was focused on footy,’ he stated.

On Tuesday night, Beau joked that he would be ‘halfway up the Centrelink queue’ after the show’s axing, but he told Kyle and Jackie O on Wednesday that he still has another year with Channel Nine. 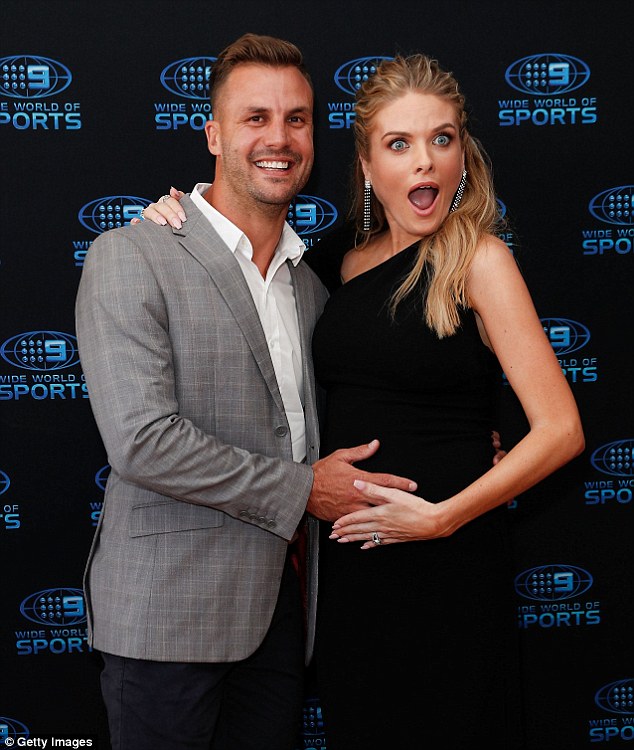 ‘People say it’s a cop out, but the time slot did hurt us’: Beau (pictured with co-star Erin Molan) struggled to capture a late-night audience with this year’s season of The Footy Show

‘I’ve still got another year left at Channel Nine, so I’ll probably be doing A Current Affair,’ the footy star wisecracked.

‘When Tracy’s away, Beau will be on the air!’ Kyle laughed back.

He even joked that he would replace Karl Stefanovic on the Today Show during his forthcoming wedding break. 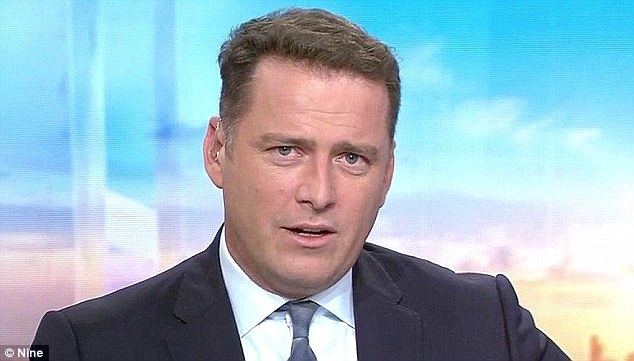 Will Beau wake up with Today? The footy star joked that he would replace Karl Stefanovic (pictured) on the Today Show during his forthcoming wedding break