‘Become a special team’: Jones rallies England to STEP UP down under after losing May to Covid-19

Eddie Jones urged England to ‘become a special team’ in Australia after he lost Jonny May to a positive Covid-19 test within days of arriving down under.

Experienced wing May, 32, is now unlikely to feature in the first Test in Perth next weekend, after being forced into isolation under Western Australia Government guidelines.

On Friday, head coach Jones refused to rule May out of the opener to the three-Test series, but the Gloucester back’s chances of featuring at Optus Stadium are now slim.

‘We’re not going to rule Jonny out at this stage,’ Jones said.

‘We’ll just see how he is. Potentially he’ll be available to train next Thursday, so we’ll have a look to see what he’s like because he’s experienced.

‘He’s showed in his first game back against the Barbarians, where he’s lacking game time, that he’s got his best rugby ahead of him.

‘We’ll just monitor his situation and make an assessment closer to the day when he gets out.

‘We’ve got a couple of others from the finals who haven’t been able to get on the paddock yet, but we’re hopeful everyone will be able to train by Monday.’

May – second on England’s try-scoring list behind Rory Underwood – crossed on his international return against the Barbarians after missing the Six Nations with a knee injury. 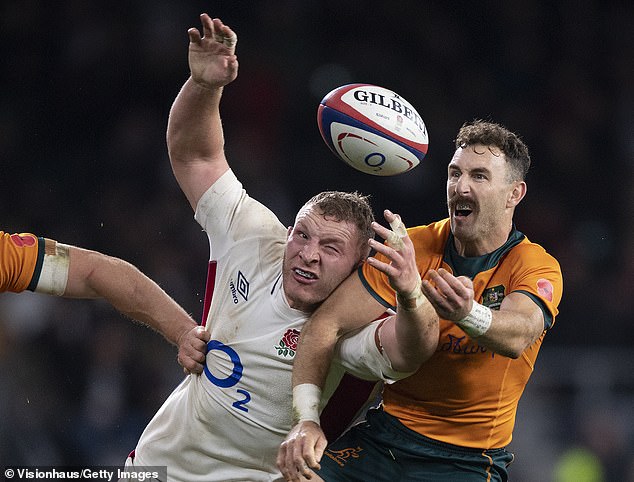 The Barbarians loss was only May’s second game since January 8.

His likely absence for the first Test means Joe Cokanasiga and Jack Nowell are the leading contenders to start on the wings with Northampton’s Tommy Freeman also an option.

Jones said on Friday he expected Australia to approach the series with a strong kicking game which could mean a wing berth for Leicester’s Freddie Steward.

Steward – who has excelled at full-back for club and country this season – started England’s final Six Nations game with France on the wing.

‘I’m sure Australia won’t be encouraging too many line-outs. Their pattern against us is that they don’t kick out,’ Jones said.

‘That’ll bring Freddie into the game and I’ve never seen a young guy develop as much as he has.

‘Australia is a place where you can become a special team. It’s a great opportunity for the players to be part of something special. 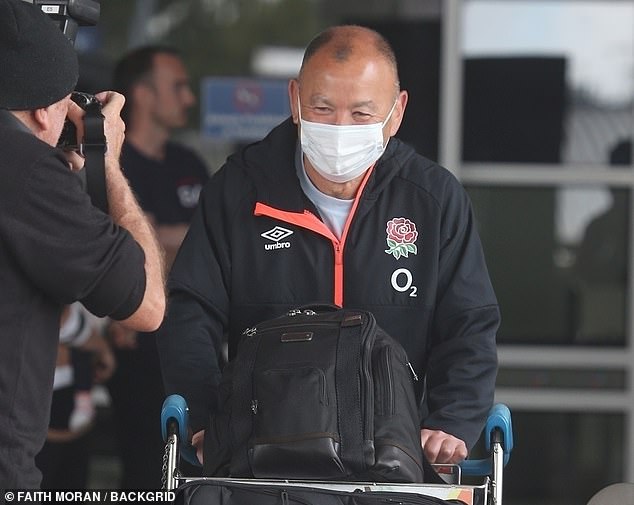 ‘If we win the first Test we put ourselves in a good position to win the series.’

England’s full squad only congregated together at 5am on Friday after travel problems meant they had to fly to Australia on four separate flights.

Jones plans to hold his team’s first big training session ahead of the first Test on Sunday.

‘We’re going to have to be really aggressive against the Aussies because they come at you,’ Jones said. ‘In every sporting event where the Aussies are successful, they’re coming at you.

‘We’ve got to make sure we go at them which takes a lot of courage.’