Incredible before and after photos show how a drought-ravaged farm has been brought back from the dead in nine months.

Devastated farmers were forced to watch as their crops and livelihoods shriveled under mountains of red dust, without a rain cloud in sight.

Catastrophic bushfires later scorched the eastern states, destroying a billion animals, millions of hectares of bush and farmland, thousands of homes and properties, and killing 33 people.

While the natural environment is expected to take years to recover, one farmer near Dandaloo in central NSW shared incredible photographs of his once arid property after months of consistent rain. 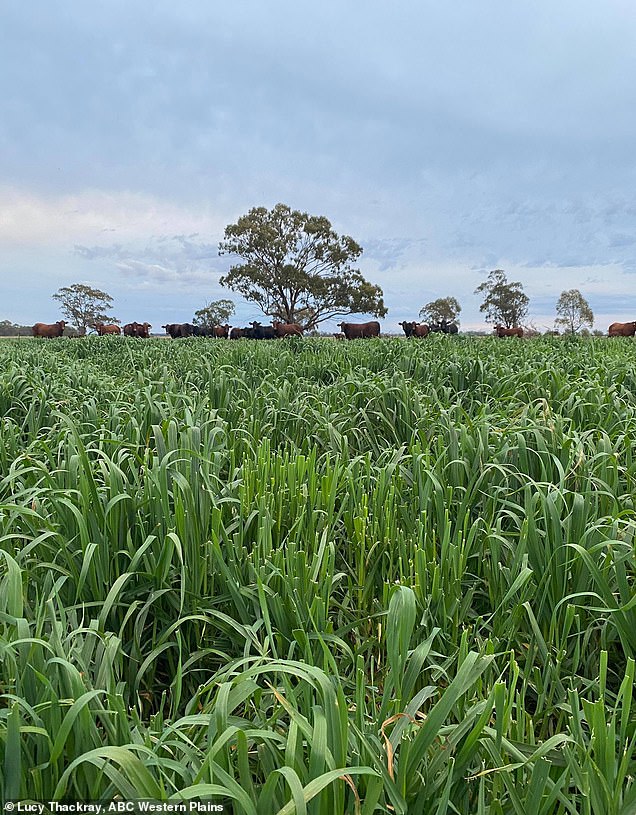 Ten months on, new images taken of the same area showed the land thick with green grass for cattle to feed on.

The farmer also shared haunting footage of the property during a dust storm – stripping the topsoil of vital nutrients needed to grow crops.

One family in Broken Hill in the state’s mid-west were forced to eat their dinner in bed under a sheet to stop the dirt from contaminating their food.

‘Within three minutes the mashed potato was turning red from the dust … that’s how thick it was. Inside the house,’ Rhonda Griffin previously told the ABC. 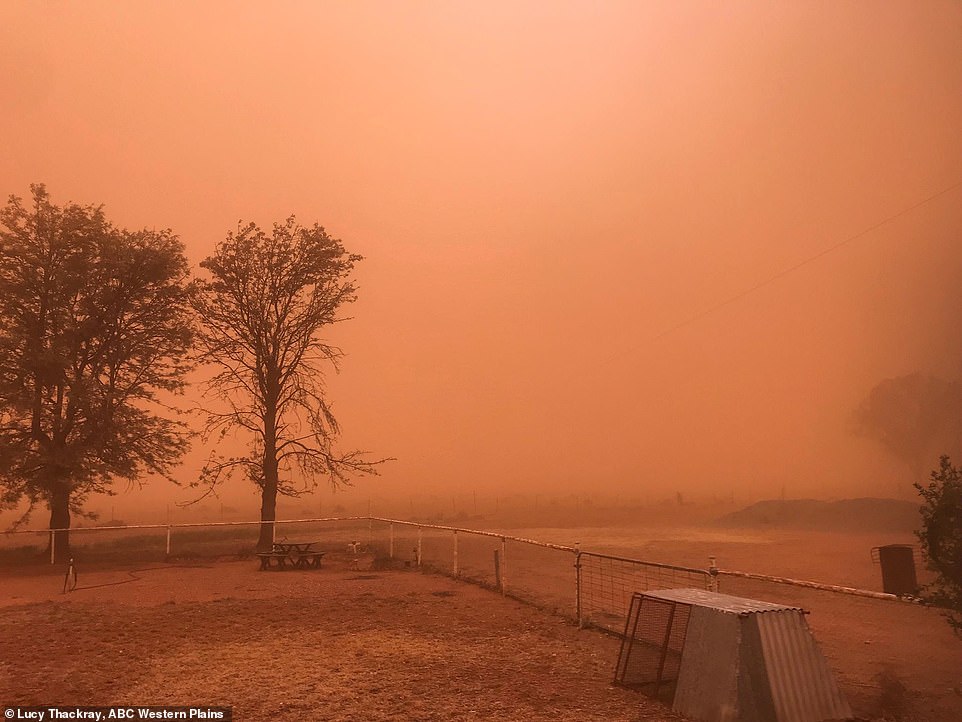 The dust storms came as dams in the western parts of NSW dried up when rainfall plunged to just ten per cent of regular levels.

The severe lack of rainfall created the perfect storm for a horror bushfire season that was felt across five states.

The smoke from the blazes, fueled by months of drought and heatwave temperatures covered large parts of Australia’s east coast, turning the sky orange for weeks.

One of the hardest hit areas is along the Victorian and New South Wales border, where a pair of enormous fires combined to create a ‘mega blaze’ stretching for 600,000 hectares.

At Mallacoota, a small coastal town in the north-east corner of Victoria, about 4,000 tourists and residents found themselves stranded on the beach and had to be evacuated by the Australian Navy as fires closed in. 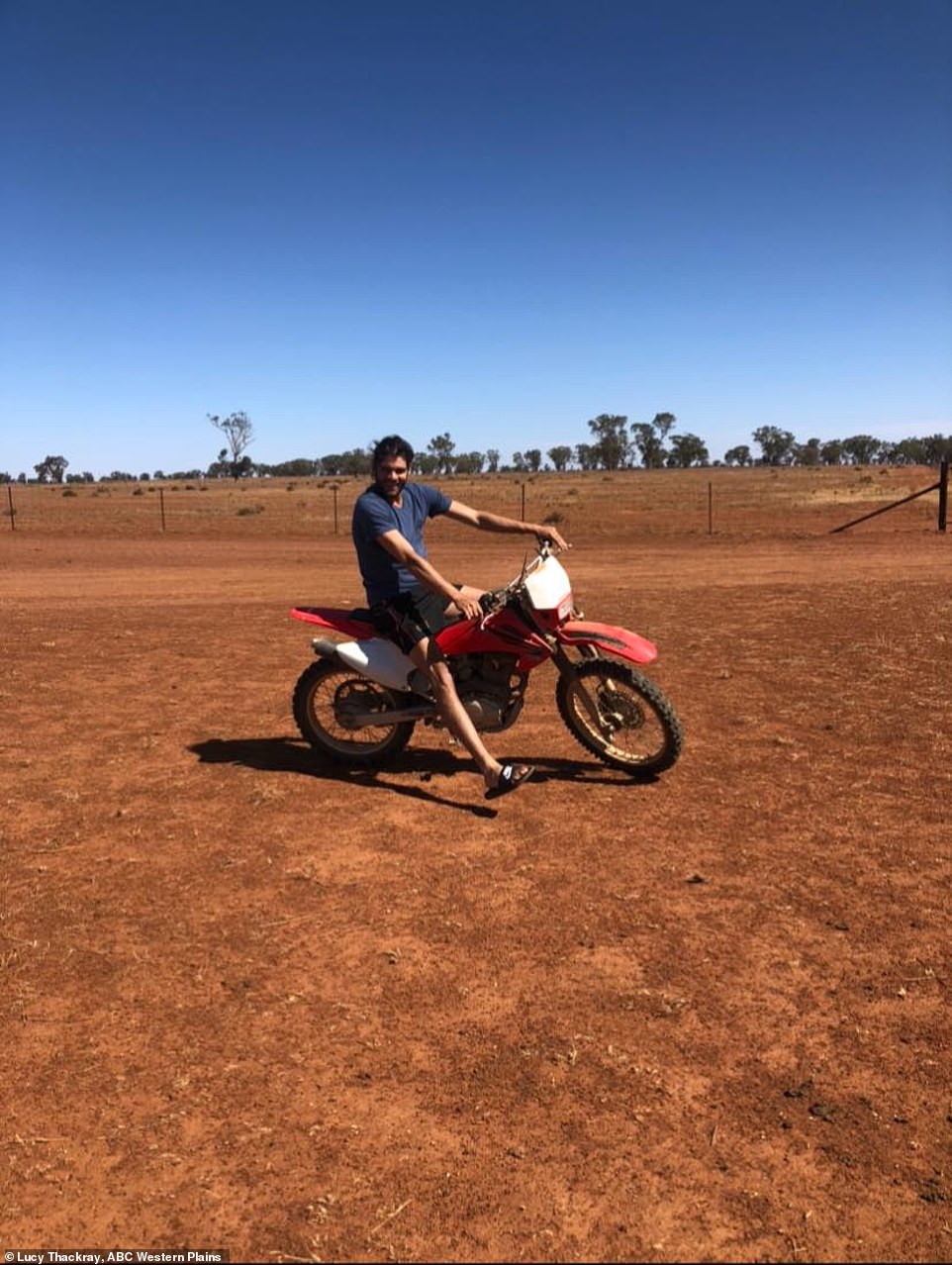 The dust storms came as dams in the western parts of NSW dried up when rainfall plunged to just ten per cent of regular levels. Pictured: A farmer riding a bike on parched land 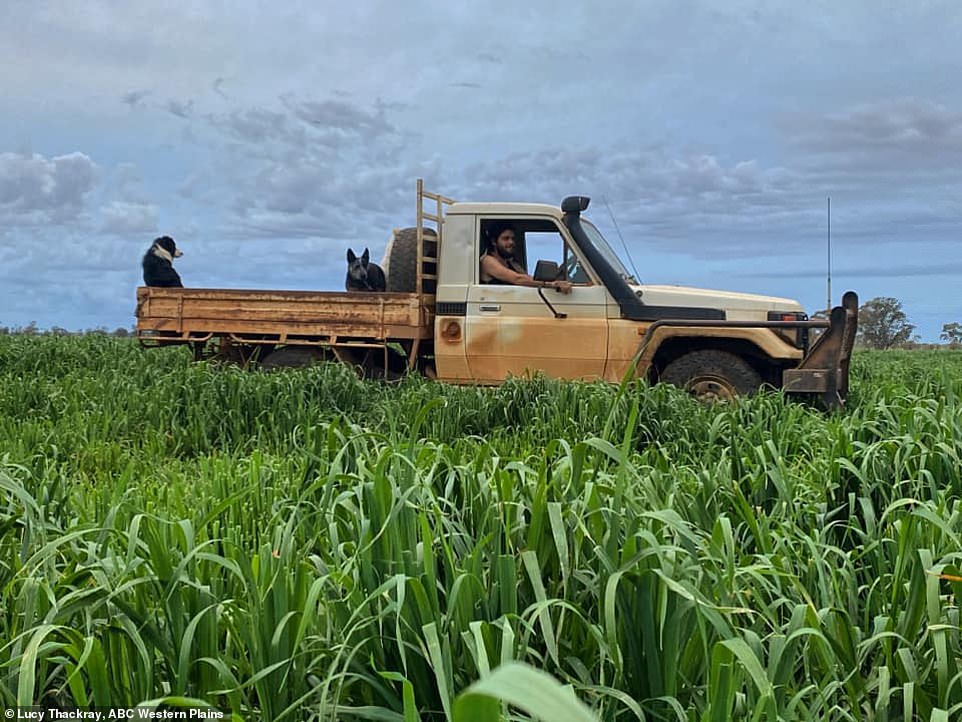 The same farmer rides a ute through fields thick with green grass months later after periods consistent rain. The region suffered through a two-year drought

An inquiry into the bushfires opened in May, with a stark warning that such disasters would become longer and more frequent.

The government was widely criticised for its response to the devastating blazes – including Prime Minister Scott Morrison who holidayed in Hawaii at the height of the crisis – and announced the national inquiry in February.

The Bureau of Meteorology’s head of climate monitoring, Karl Braganza, said a prolonged drought was one of the key factors that led to the dangerous fires.

However, Mr Braganza emphasised that the recent bushfires were part of an underlying climate trend, which has emerged this century and ‘really challenged what we thought fire weather looked like preceding this period’. 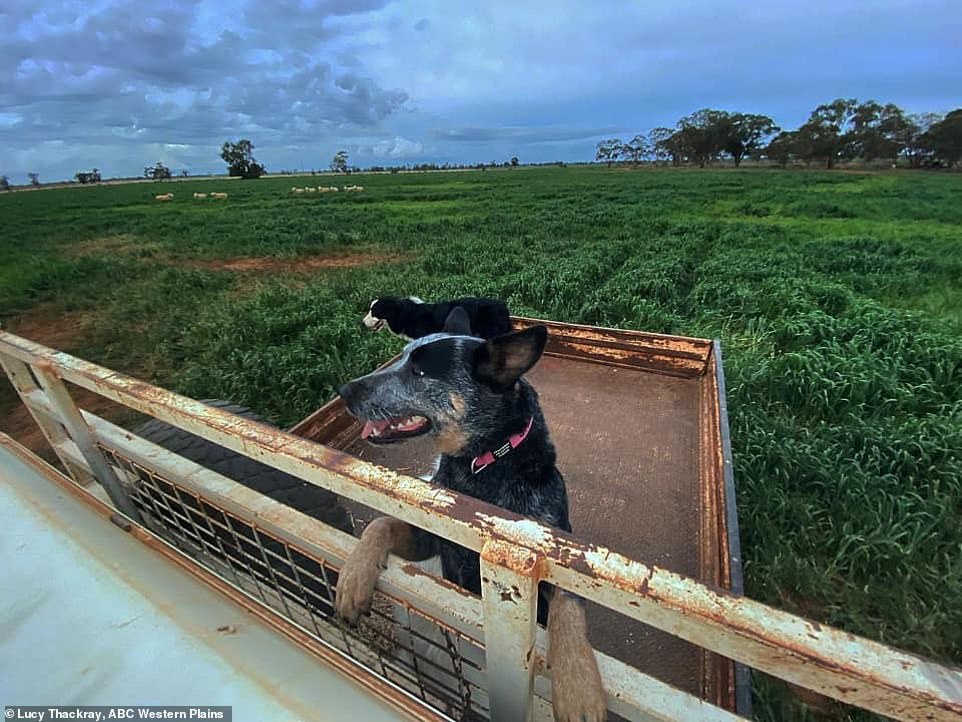 The once arid land now has thick green grass for sheep and cows to graze on. Pictured: A truck driving through thick green fields 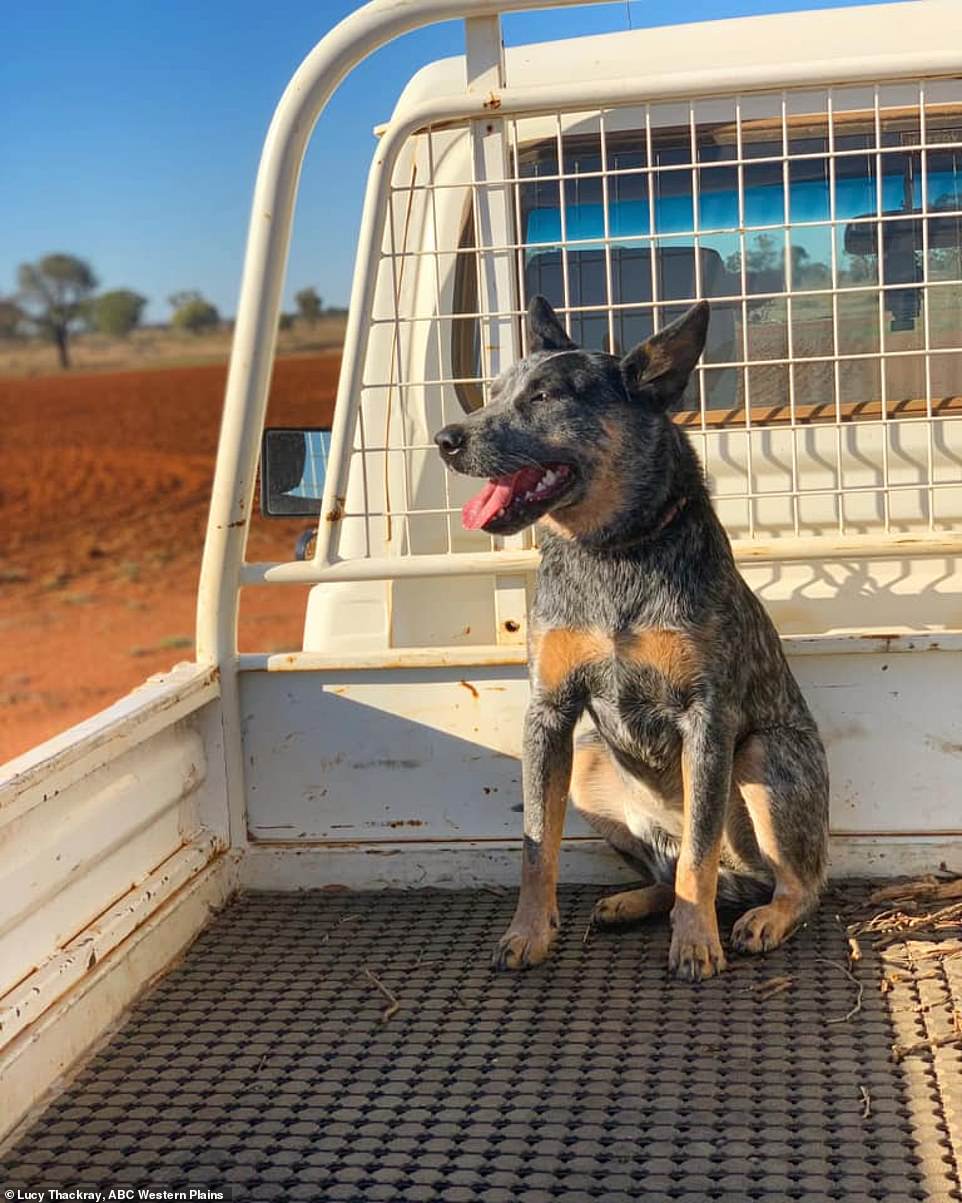 ‘This isn’t a one-off event that we’re looking at here,’ he said. ‘The frequency of these events, if you look at the historical record, seems to be increasing.’

‘These large fire events, when you look back over the 19th and 20th Century, were not as frequent as they were this century.’

Scientists say the country’s summers are lengthening and are becomming increasingly dangerous, with shorter winters making it more difficult to carry out bushfire prevention work.

Australia has seen dozens of inquests into the causes of bushfires and steps that could be taken to mitigate them. But many measures recommended by inquiries going back to the 1930s have still not been implemented.

The inquiry is required to report its findings by August 31 ahead of the next bushfire season.

ECONOMIC IMPACT OF THE 2019-20 BUSHFIRES

It is estimated there was more than $3.6 billion in total economic damages.

About 2600 agricultural businesses were directly impacted.

The most affected industries include tourism, forestry, agriculture and horticulture.

One per cent of Australia’s vineyards were burnt (700-800 hectares).

Four per cent of total volume of wine grape production (60,000 tonnes) is expected to be lost due to smoke-damaged grapes.

About $200 million was lost in wine sales.

The apple and pear industry suffered a $72million loss.

The forestry industry was hit hard but full impact not yet known – fires affected both commercial plantations and public native forests.

Around 641,300 small businesses in bushfire-affected areas were affected.

As a result, there were $2.26 billion in insurance claims.