A bus crash in North Korea has killed 32 Chinese tourists and four North Koreans, the foreign ministry in Beijing said on Monday.

Lu said China was investigating the cause of the accident and had deployed a team, including medical experts, to North Korea ‘to assist with the emergency rescue and treatment operations’. 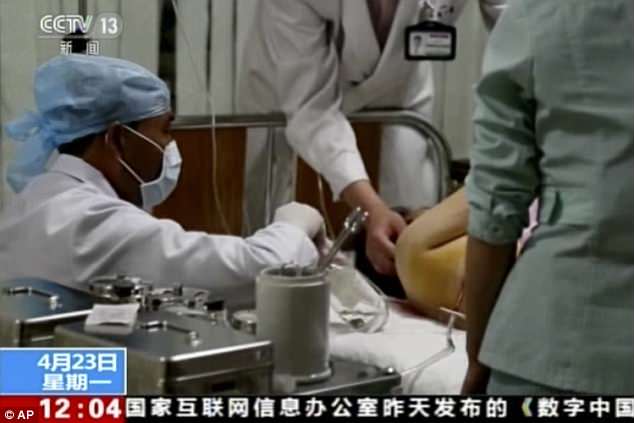 The ministry provided few details but China’s state broadcaster CGTN earlier tweeted that a tour bus fell from a bridge in North Korea. The tweet was later deleted.

China’s state broadcaster CCTV showed images of a large overturned vehicle, with light rain falling on rescue vehicles at night and doctors attending to a patient.

China was informed about the accident on Sunday night and its embassy personnel in Pyongyang rushed to the scene, the foreign ministry said in a statement earlier.

The vast majority of foreign tourists to North Korea are Chinese, with the Cold War-era allies sharing a long land border and operating flights between the two countries.

Western visitors to the North once averaged around 5,000 a year, but numbers have been hit recently by a US travel ban – Americans accounted for around 20 percent of the market – and official warnings from other countries. 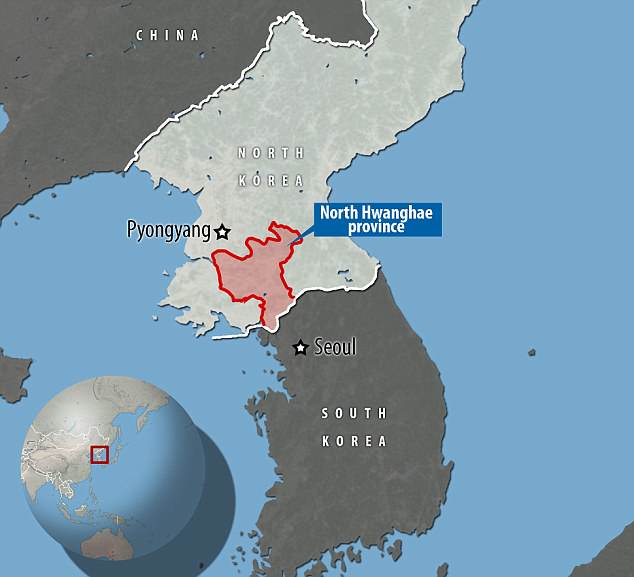 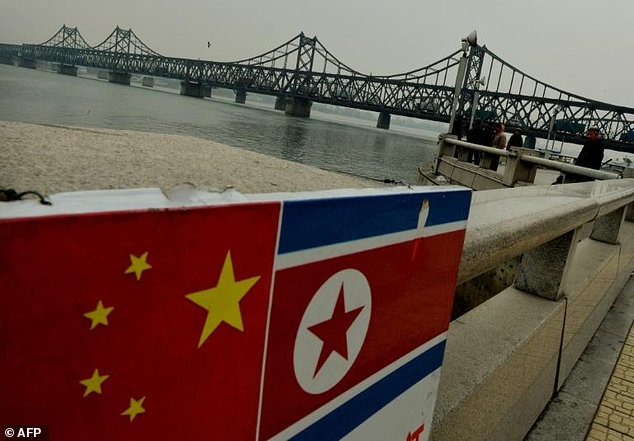 Tens of thousands of Chinese tourists are believed to visit North Korea every year, with many crossing through the Chinese border city of Dandong in Liaoning Province (file photo)

Tens of thousands of Chinese tourists are believed to visit the North every year, with many crossing via train through the Chinese border city of Dandong. For some, North Korea provides a window into what Communist China may have looked like decades ago.

Chinese tourism to the North has continued even though Beijing has enforced a slew of United Nations sanctions over Pyongyang’s nuclear weapons programme.

The province lies south of the capital Pyongyang and stretches to the border with the South, including the city of Kaesong, an ancient Korean capital with historical sites.

The tour group was travelling by bus from Kaesong to Pyongyang when the accident happened, according to the independent Seoul-based website NK News, which cited an unnamed source.

North Korean roads are largely poor and potholed, and in many areas they are dirt rather than tarmac. Vehicles are sometimes forced to ford rivers or take detours when bridges are unpassable. 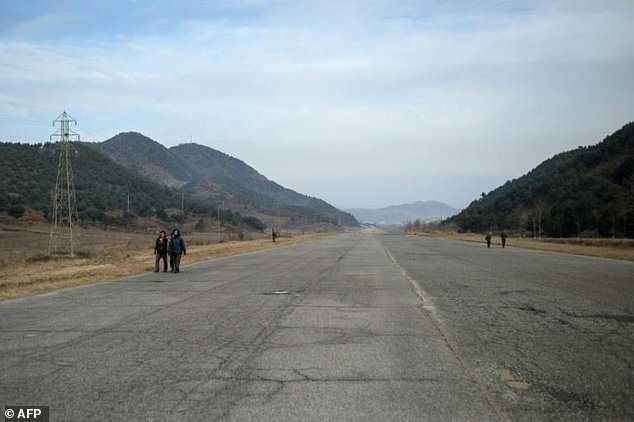 A section of the Pyongyang to Kaesong highway is shown in 2016. North Korean roads are largely poor and potholed, and in many areas they are dirt rather than tarmac.

But the route from Pyongyang to Kaesong, where the accident reportedly happened, is one of the best in the country.

It runs north-south from the Chinese border to the Demilitarized Zone on the border with South Korea but has little traffic, like all North Korean highways.

Tank traps have been installed along the road in many locations – sets of high concrete columns on either side of the road that can easily be blown up to create an obstruction for invading armoured vehicles.

China’s foreign ministry said is ‘sparing no efforts’ to handle the situation.