The year was 1970 and the movie Woodstock had just been released in London — a long, trippy celebration of the three-day festival of mud and music, drugs and free love.

At 23, I was seduced by the whole idea of the romantic flower-power dream that marked the end of the Swinging Sixties.

Recently graduated, thoroughly anti-Establishment (yet wanting to make it as a journalist) and fascinated by the counter-culture, I couldn’t wait for the film.

So, wearing an ankle-length, tie-dye ‘granddad’ dress and a flowered headband, I went to a cinema in the Charing Cross Road with a guitar-playing guy I knew, smoked an afternoon spliff in the darkness and thought the Woodstock shenanigans absolutely wonderful. Far out!

How entertained I was by the announcement made at one point from the Woodstock stage that warned laconically of ‘seriously bad acid’ going around (‘…but it’s your own trip, man’).

What did I care of any consequences? To me it was dead cool that complete strangers threw off their multi-coloured clothes and bonked, while Jimi Hendrix’s guitar wailed and Janis Joplin screeched her anguish to the sky.

Freedom, man. Sex and drugs and rock ’n’ roll — and wear flowers in your hair.

All that came back to me when I read the extraordinary story yesterday of how ‘archetypal hippie chick’ Susan Wynne-Willson, 69, had been cleared of historical child cruelty in a compelling court case that set her children against each other. One daughter called her a ‘monster’ and said the siblings were so scared of her they tried to kill themselves.

The absolute truth about what went on in her troubled family will probably never be known. But it’s hard not to conclude that Wynne-Willson’s lifestyle was irresponsible and rackety — defined by conflict, misery and destruction.

She said it herself: ‘I know my hysteria and shouting and arguing . . . had a devastating effect on my children and my marriage. I was completely on the edge of insanity.’

Why? Just take a look at the kind of woman she was. 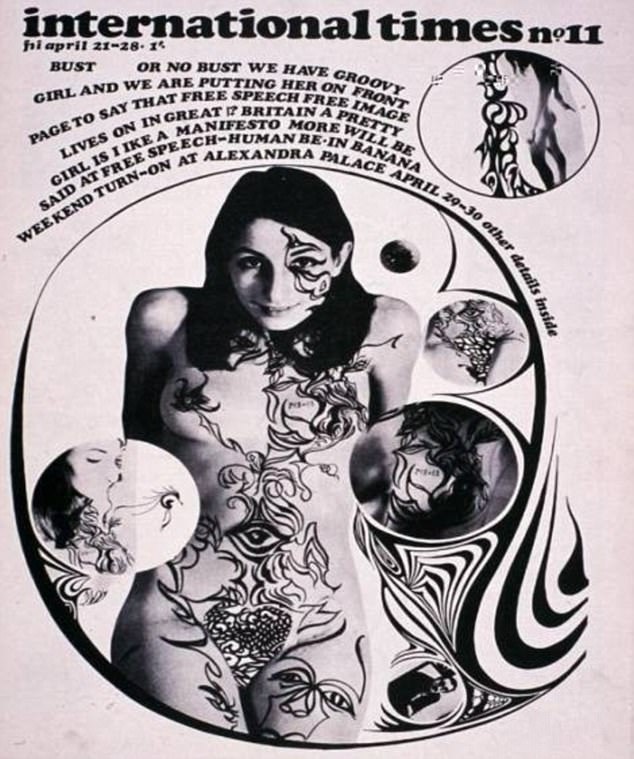 Anything goes: A young Susan Wynne-Willson poses naked for a magazine in the sixties

For a start, she posed naked — but for a few swirls of body paint — on the cover of underground magazine The International Times. She also appeared in a TV documentary about the effects of LSD saying: ‘Everything is paisley, man, everything is paisley.’

Around the time of Woodstock, she was sharing a squat in Covent Garden with her future husband Peter Wynne-Willson, a lighting engineer who would create Pink Floyd’s psychedelic shows, and the band’s founder Syd Barrett.

Her life summed up the anarchy and devil-may-care hedonism that was the spirit of the age.

But it was when she became a mother — five times over — that the hippie lifestyle clashed horribly with the basic requirements of family life. Having moved to a rambling pile in rural Yorkshire, she became an Earth Mother, raising three daughters and an adopted son, and keeping cats, dogs, a goat and a pony.

But was it idyllic? Hardly. Her life at the heart of the drug-fuelled counter-culture seems to have involved squatting in squalor with squabbling children out of control, or bunking off to India to meditate with her guru — just like The Beatles when they went to see the Maharishi.

After Susan Wynne-Willson’s marriage collapsed, she moved back to London with her three youngest and took up with a new man, who left her when their son was just eight months old. It’s all too easy to imagine the chaos. Peace and love this was not.

What this perturbing court case has illuminated is the darkness behind the hippie dream. And it made me reflect that many of the attitudes incubated back then are still with us, their damage now arguably permanent.

The question-everything-and-obey-nothing ethos of the late Sixties and early Seventies set a style that would last.

When Kate Moss and Marianne Faithfull were still best friends (before Faithfull bizarrely accused Moss of ‘stealing her style’), the model used to call the older singer ‘cool’. 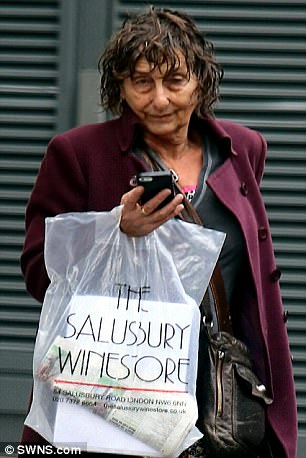 Yes, I supposed that’s one way of describing a one-time Rolling Stones acolyte, born into privilege, who ended up living in squats or on the street, doing a mind-boggling amount of heroin and coming within a hair’s breadth of ending her own life.

To subsequent generations, the idea of a life without rules in that ‘summer of love’ style has always had a dark allure. The trouble is, many of them learned this message at their parents’ knees.

There were plenty of mothers of my acquaintance who did not believe in bedtime — or any limits at all, for that matter.

In 1968, going to look at a place to rent, I was astonished by the general dirt and untidiness of the upper middle-class woman’s home. There were children’s handprints all over the walls, broken toys everywhere, overturned furniture. ‘It’s the kids,’ she explained airily. ‘They do their own thing.’ The children were all under eight.

I remember once meeting a self-consciously ‘hip’ woman, a little older than me, who boasted that she’d never set foot anywhere near her children’s primary school. Too boring! The nanny did all that.

Married to a wealthy, successful man at the heart of London’s smart set, she stayed in bed until lunchtime, then went to Soho to ‘hang out’. And there were drugs of course. ‘Uppers’ and ‘downers’ were her norm, washed down with copious champagne.

I heard that her children became a nightmare. No wonder.

But you see, it wasn’t ‘cool’ to say no — to anything. It was tediously ‘square’ to believe in order and discipline. That was the legacy of the dreary old Fifties. My generation was born into that buttoned-up post-war austerity and now we wanted to spray-paint the walls with psychedelic patterns. And then smash then down.

The zeitgeist said ‘anything goes’, and that included family life.

In 1971, I went to report on a school in the poorest part of Liverpool, run by hippie Left-wingers who let the children run riot. The two ‘teachers’ opined at tedious length about how rules just broke the free spirit of kids who would learn in their own time.

I was starting to realise it was all pernicious nonsense. And those pupils were the victims.

Looking back, I’m ashamed of my easy acceptance of attitudes that became the bedrock of the liberal-Left view.

When I became a mother in 1974, I still went on the odd protest march (with the pram), but knuckled down to the effort it takes to give children parameters and fixed values. In other words, being a traditionally good parent.

By then, the feelgood aura of drugs and casual sex at Woodstock had been followed by the violence of the 1969 Altamont rock festival in California, where Mick Jagger and the rest of the Rolling Stones stood ineffectually on stage while Hells Angels beat to death a drugged-up and armed member of the audience.

The stylish, influential music magazine Rolling Stone described Altamont Free Festival as ‘the product of diabolical egotism, hype, ineptitude, money manipulation and, at base, a fundamental lack of concern for humanity’. Which just about sums up the truth about the counter-culture — the very dark side of the moon.

The following year, 1970, is remembered for the untimely deaths of two of my favourite rock stars, Jimi Hendrix and Janis Joplin.

Jimi was asphyxiated by his own vomit while intoxicated by barbiturates, and Janis’s psychedelically painted Porsche stood outside the hotel where she died alone of a heroin overdose after too much booze.

That Porsche is now a museum piece. It should stand as a monument to the truth about the glamour that hippies associated with drugs.

The beautiful people who survived grew old and raddled, like Susan Wynne-Willson, and heard their own children denounce their lifestyle.

Some of us baby-boomers wonder how we could ever have believed the hype about free love and drugs and those ubiquitous peace signs. We ask what responsibility we have for a general slackening of behaviour, the results of which we see all around today.

To be honest, I still like the film Woodstock as a memorial to its time, and I thrill to the terrific music.

But I have no illusions left about the way of life it celebrated. And I have no doubt that ‘cool’ attitudes and freewheeling parenting perhaps cost us all far more than we can ever reckon.