A Belgian anaesthetist accused of downing drinks before a fatal caesarian on a British mother has gone on trial in France.

Expat Xynthia Hawke, 28, from Somerset, died shortly after giving birth to her baby son Isaac at the Orthez maternity hospital in southwest France, in September 2014.

Ms Hawke went into cardiac arrest after Helga Wauters, 53, pushed a tube down her oesophagus instead of her windpipe and failed to realise the error despite the mother vomiting and crying in agony.

Her baby Isaac survived and is being raised by her bereaved French partner, Yannick Balthazar. 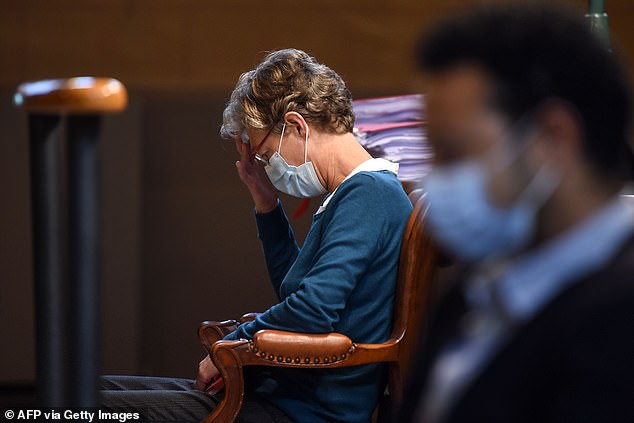 Helga Wauters, 53, (sitting in the courtroom in Pau today) pushed a tube down Ms Hawke’s oesophagus instead of her windpipe and failed to realise the error despite the mother vomiting and crying in agony 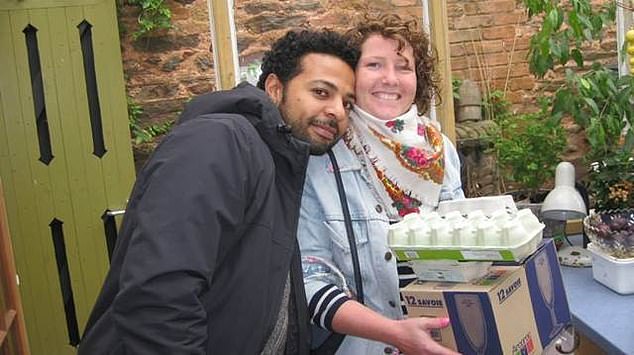 Expat Xynthia Hawke, 28, from Somerset, died shortly after giving birth to son Isaac in September 2014. Her partner Yannick Balthazar (pictured with Ms Hawke) is bringing him up 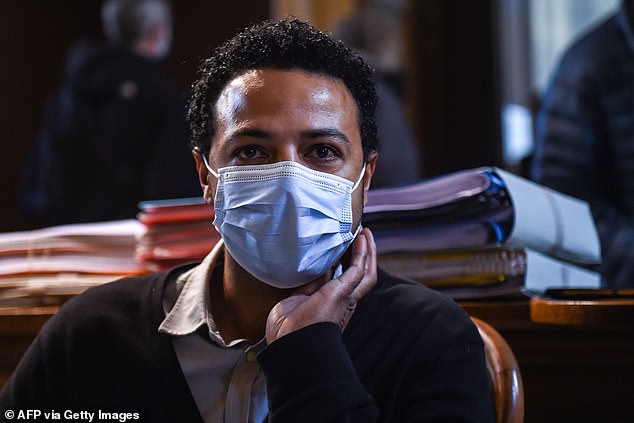 Late Xynthia Hawke’s partner and father of their child, Yannick Balthazar, sits in the courtroom in Pau on October 8

Ms Hawke died four days after Isaac’s birth, having never regained consciousness after she was starved of oxygen and fell into a coma.

‘I recognise now that my addiction was incompatible with my job,’ Wauters told the court, adding that ‘I will regret this death my entire life.’

Ms Hawke’s partner, Mr Balthazar, her sister Iris, 36, and her parents Fraser and Clare arrived at the court in Pau on Thursday to watch Wauters stand trial.

Fraser Hawke said: ‘We will be strong.’

Wauters has previously admitted having a ‘pathological problem with alcohol’ and carrying a bottle of vodka mixed with water in her pocket.

During Ms Hawke’s caesarean, Wauters administered the first dose of anaesthetic and then left before birth complications appeared which required an emergency C-section.

When she returned, colleagues said Wauters smelled of alcohol.

Wauters admitted during the investigation that she had started her day drinking vodka with water, ‘like every day’ for 10 years, and that she had had a ‘glass of rose’ wine with friends before being called back in.

She claimed, however, to have been in possession of ’70 percent of her faculties’ and that she was ‘not drunk’, investigators said.

Instead she blamed the operating team for the operation going wrong, as well as a respirator she said had been faulty. 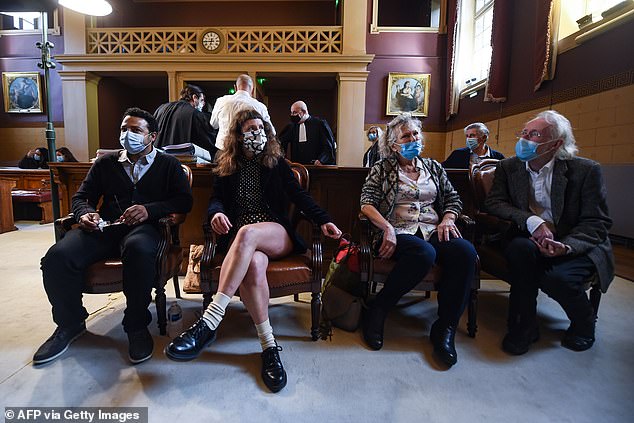 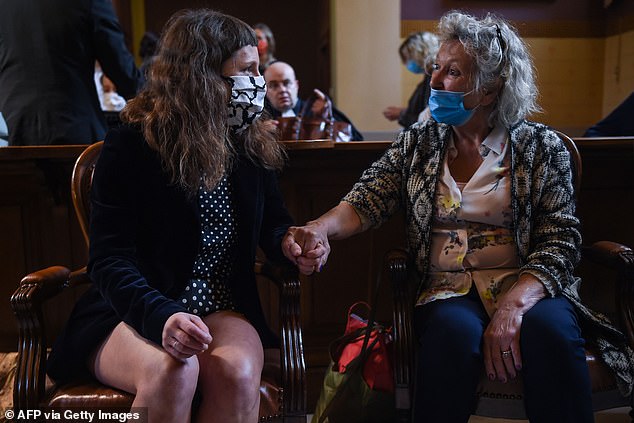 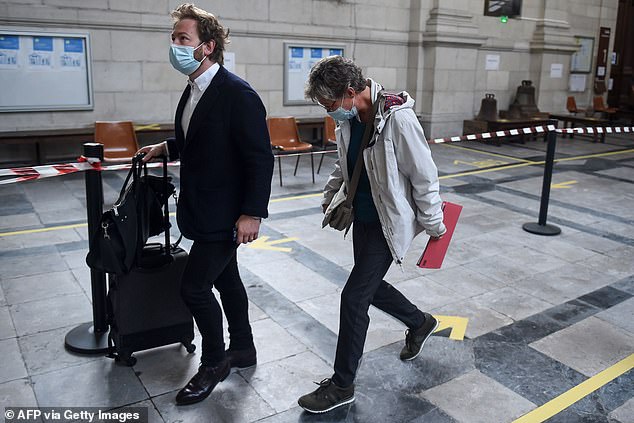 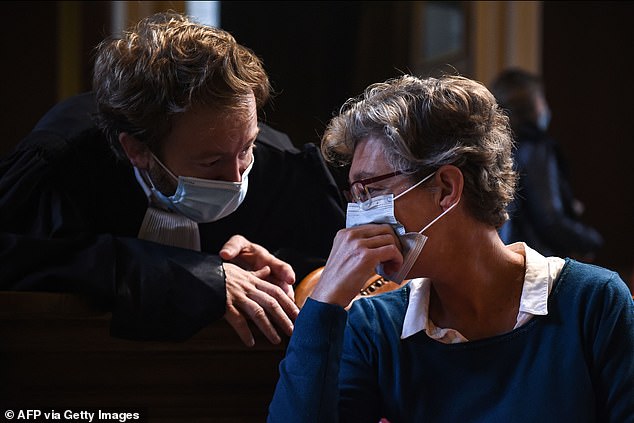 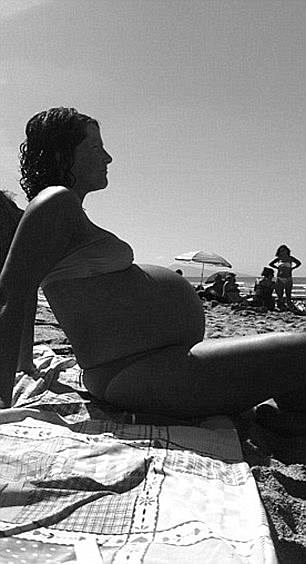 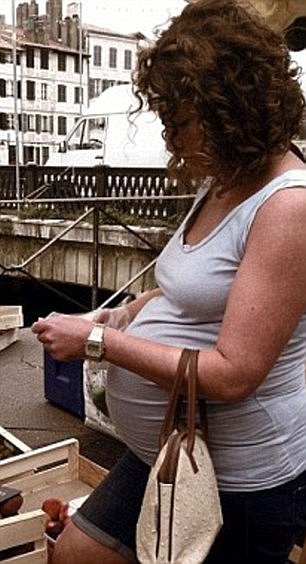 Ms Hawke, who worked as a recruiter for businesses looking for multi-lingual employees, updated friends on her pregnancy using social media

Just after she was taken into custody, the alcohol content in her blood was found to be 2.38 grams per litre, which typically corresponds to close to 10 glasses of wine, and is more than four times the permitted level when driving in France. 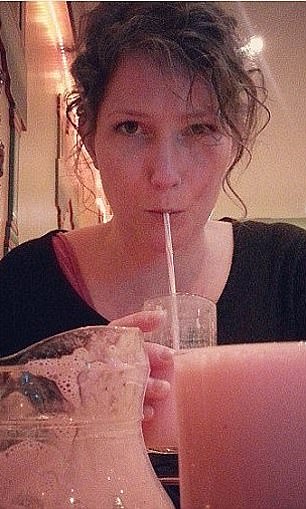 Pictures show her beaming during her travels through France

Prosecutors in France allege that Wauters was sacked by a Belgian hospital in 2013 over an error made during a caesarean because of drinking, The Telegraph reported.

She was sacked by another hospital a year later when colleagues claimed they could smell alcohol on her while an epidural was administered.

In July 2015, 10 months after Ms Hawke’s death, Wauters was stopped for drink-driving. She told officers that she often drank several glasses of spirits in a day.

The maternity clinic and gynaecologist were initially charged over Ms Hawke’s death but those cases have since been dropped.

Ms Hawke grew up in North Petherton, Somerset, where she excelled at her comprehensive, Haygrove School, and won a prize for outstanding achievement in GCSE French.

She holidayed in France with her parents Fraser and Clare and her older sister Iris before moving to Paris to study at the University of London Institute. 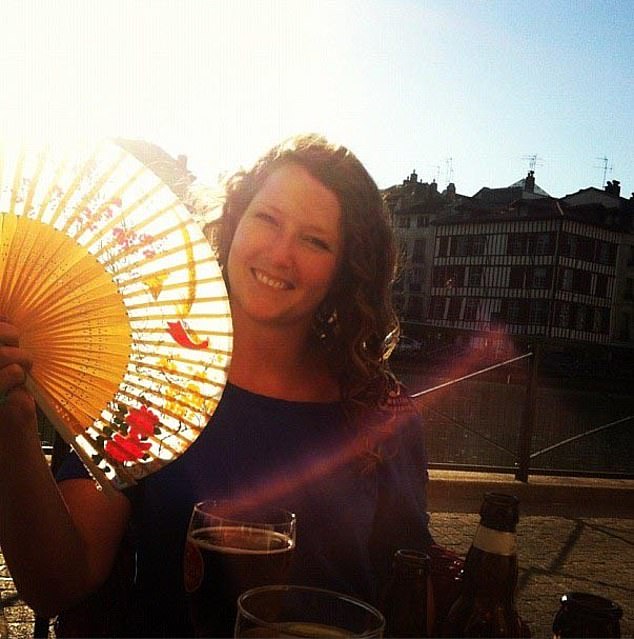 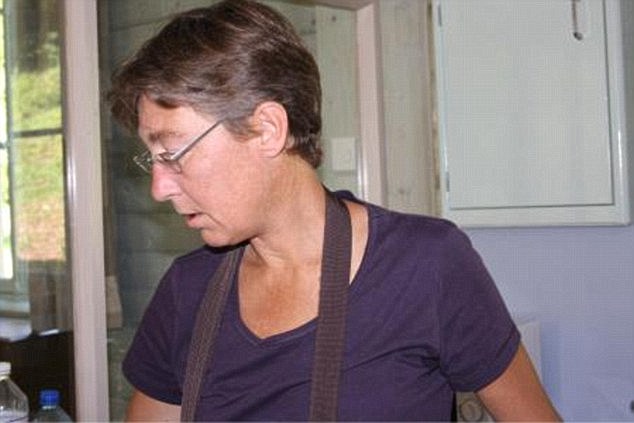 Helga Wauters faces up to three years in jail if convicted and a fine of £68,000

Ms Hawke, who worked as a recruiter for businesses looking for multilingual employees, updated friends on her pregnancy using social media.

Holiday photos show her beaming during her travels through France. In one, she smiles widely in front of a setting sun with a fan cooling her face.

Lawyer for the Hawke family, Philippe Courtois, said today: ‘It’s going to be hard for them … They are going to hear things that they didn’t know, or preferred not to know, about what emerged during the investigation.’

A verdict is expected on Friday.