Bella Thorne is on the hit show Famous In Love in which she plays a college student who is suddenly cast in a blockbuster movie, making her an overnight star.

And on Wednesday the 20-year-old star shared a look from set.

On set: Bella Thorne wore an opened blazer in this Instagram photo as she was about to film a scene for Famous In Love

Bella wrote in the caption: ‘Why is paige dressed like this tonight? On famous in love.’

Her character is named Paige Townsen.

The beauty looks sensational in the jacket, which is unbuttoned exposing her chest and toned tummy.

The Blended actress also has on matching slacks. Her makeup is perfectly done with her hair styled to perfection. And she still has her septum piercing in. 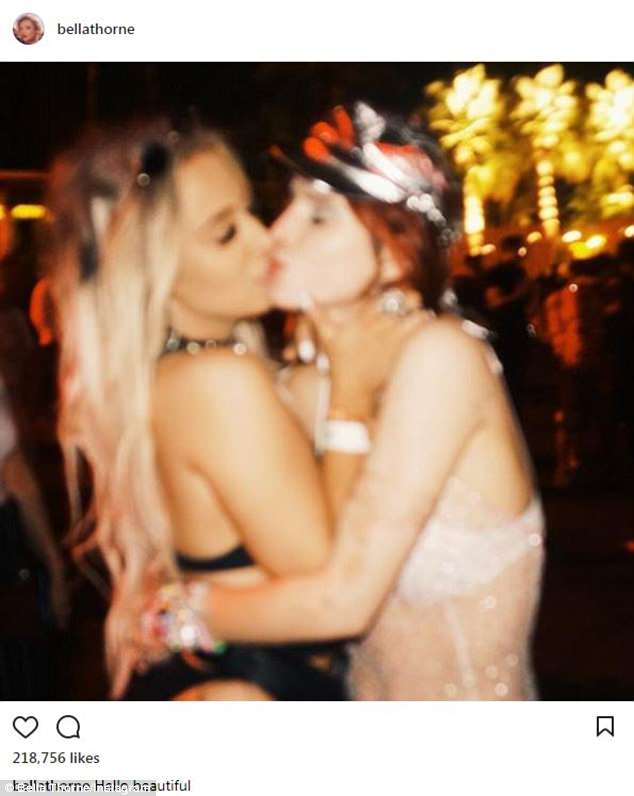 Smooch: Last week the TV star shared a photo where she was wearing white lingerie as she kissed a pretty blonde woman

Earlier the TV star shared a photo where she was wearing white lingerie as she kissed a pretty blonde woman.

It is not known where the photo was taken.

Thorne also showed off her enviable figure in a bikini that left little to the imagination via Instagram on Sunday.

The actress posed in the skimpy number leaning against a wall as she captioned the pic: ‘Hi good morning!’ 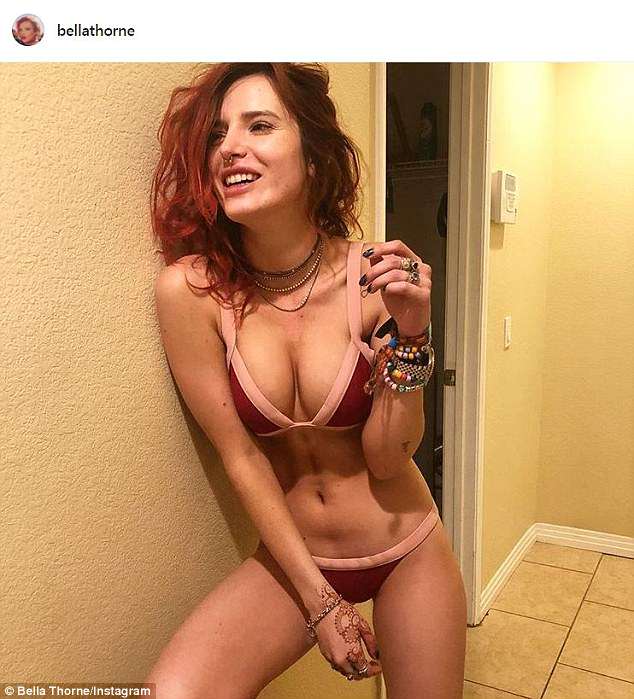 Stunner: Thorne showcased her enviable figure in a bikini that left little to the imagination via Instagram on Sunday

Daring to impress, the former Disney Channel star revealed her ample assets as the top of the swimsuit had a plunging neckline.

Her taut and toned tummy was thrust on center stage as the bikini bottoms were low rise and and sat just above the hips.

She kept her trademark scarlet tresses long and loose as they cascaded over her petite shoulders allowing her youthful face to shine. 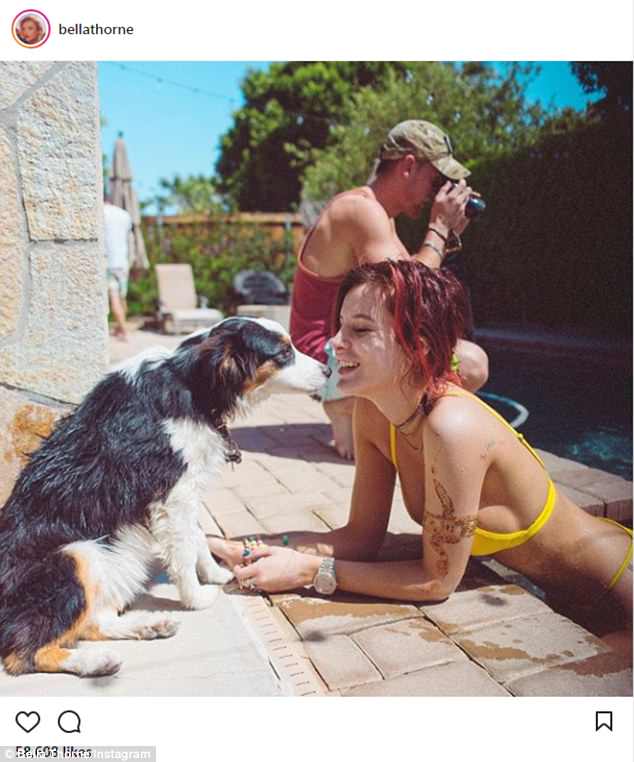 Plugging her show: Here the wild child urged fans to take in her series as she smiled at a dog