The beloved and entertaining crocodile, named Simmo, was more than 4.75 metres long and tipped the scales at about 500kg,

Simmo had started refusing to eat and keepers had been monitoring him.

‘It is with deep sorrow that we said farewell to our Estuarine Crocodile Simmo (pictured) yesterday,’ Perth Zoo posted on its Facebook page on Thursday

He died on Wednesday in his exhibit.

Simmo required little or no food during the cooler seasons but ate more in the warmer months.

Many zoo visitors were in awe when they watched Simmo leap up for his meals, and at his prime, he could launch himself two metres into the air.

Simmo was removed from Darwin Harbour due to concerns about public safety, and he spent several years at wildlife parks, including Janamba crocodile facility in the Northern Territory, before arriving at Perth Zoo in March 1998. 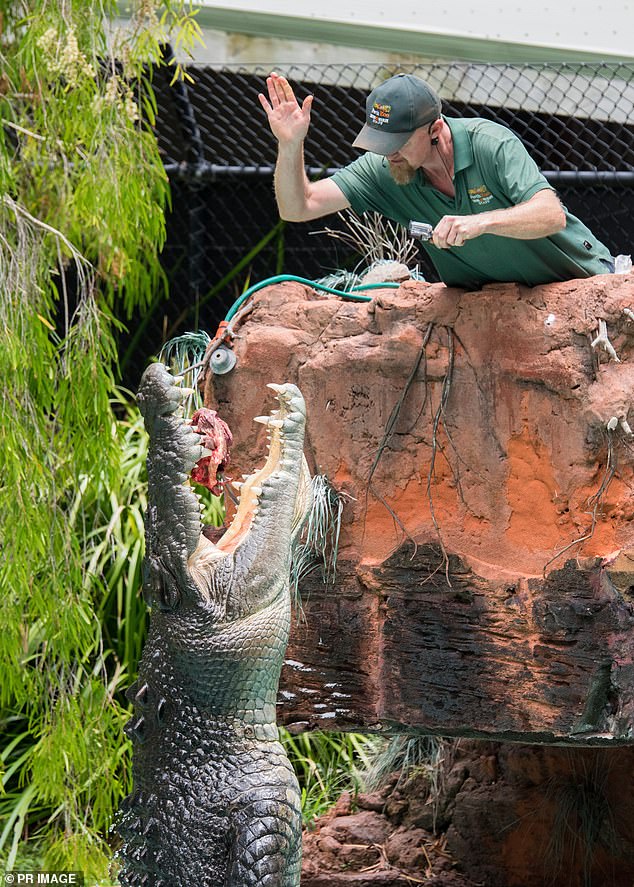 He resisted attempts to introduce a mate, so he had a ‘bachelor pad’ that included a heated pool and artificial turf.

‘Simmo may have been a fierce predator, but he made many people smile and will be remembered as a beloved crocodile,’ Perth Zoo said in a statement on Thursday.

Social media has been flooded with heartfelt tributes from former and current zoo visitors and staff.

‘My son is going be heartbroken. We always made sure to visit Simmo every visit. He was one of the many reasons we became zoo members. RIP Simmo and love to his keepers that worked so hard looking after him over the years,’ one woman posted. 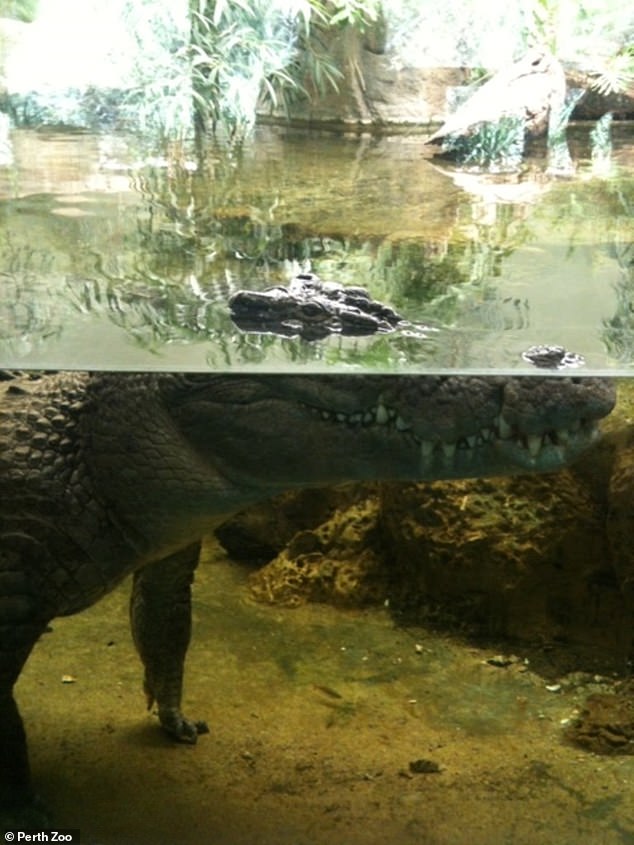 Another tweeted: ‘When I was a volunteer guide at Perth Zoo, Simmo was always one of the biggest drawcards. He’ll be missed.’

Simmo was one of the most popular attractions at the zoo, particularly at feeding times every day in the warmer months, where he would launch himself two metres into air for his daily meal. 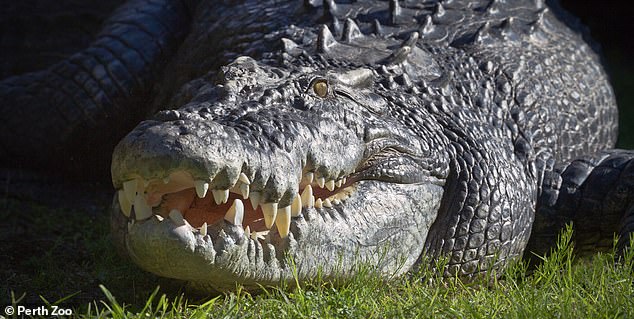 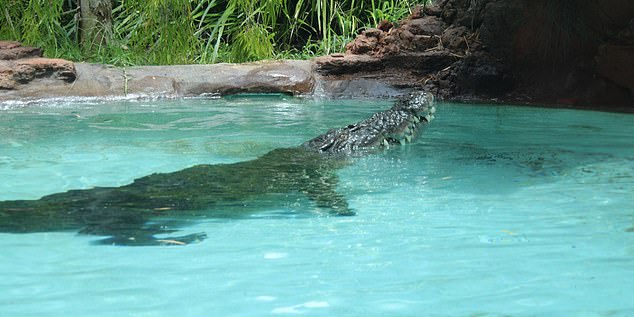 Simmo (pictured) was more than 4.75 metres long and tipped the scales at 500kg