‘I will hurt you’: Disgraced footy star Ben Barba explodes at a reporter as it’s revealed he ‘won’t face assault charges over fight with his wife’ – because she refused to make a formal complaint

By Alex Chapman and Charlie Coë For Daily Mail Australia

Disgraced footy star Ben Barba has threatened to ‘hurt’ a reporter after being confronted outside the metal working factory where he’s now employed on Monday.

The 29-year-old’s fit of rage is the first time the father-of-four has spoken publicly since being dumped from the NRL for allegedly assaulting his wife outside of a casino in Townsville on Australia Day.

Daily Mail Australia first revealed Barba had taken a job as a $20-an-hour tradie last month after losing his $300,000-a-year contract with the North Queensland Cowboys.

‘I will hurt you. Do you want me to hurt you?’ he shouted at the Nine News reporter outside of Statewide Sales and Service.

‘I’m about to be charged with nothing (but) I don’t feel lucky. I’ve lost everything.’ 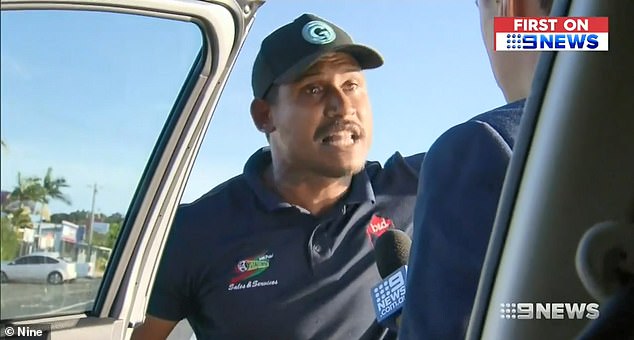 Barba said he was going to hand himself in to police on Tuesday, more than a month after the alleged fight with wife Ainslie Currie, who is also the mother of his children.

Ms Currie, who has stood by the troubled ex-player through a myriad of off-field controversies, didn’t file a complaint to police over the incident.

Queenland Police are reportedly ‘disappointed’ with Ms Currie’s decision, according to Nine News.

After the alleged incident Ms Currie begged the NRL not to sack Barba, claiming it would cause financial hardship to their family.

But after viewing the CCTV footage of the alleged incident the North Queensland Cowboys tore up his contract. 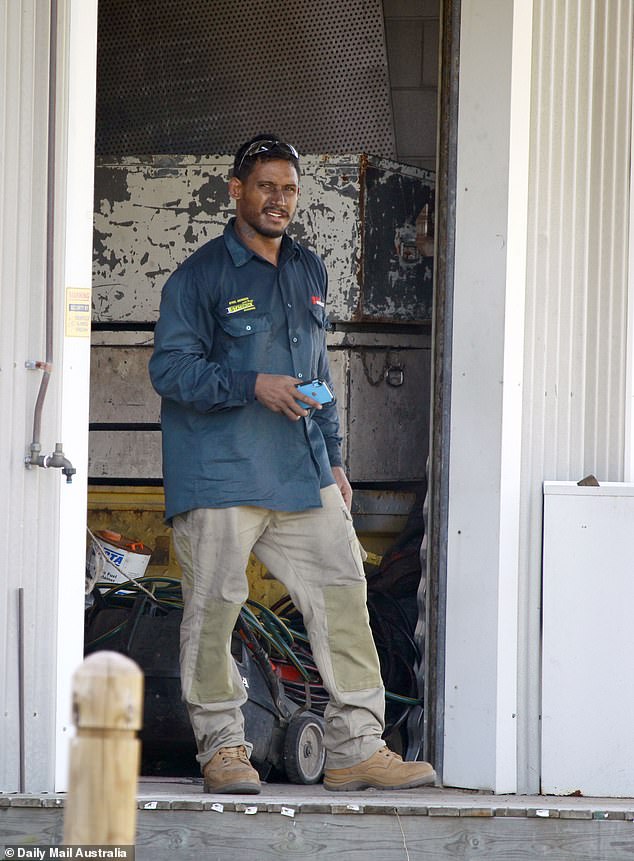 Footage allegedly captured Barba throwing rocks at his wife out the front of the casino.

The former Dally M Player of the Year award recipient fall from the top was apparent during his emotional confrontation on Monday.

Barba said he had ‘lost everything’ in the wake of the alleged assault.

After trading his lucrative contract for a $39,000-a-year income, the family was forced to move in with the 29-year-old’s parents in their housing commission home. 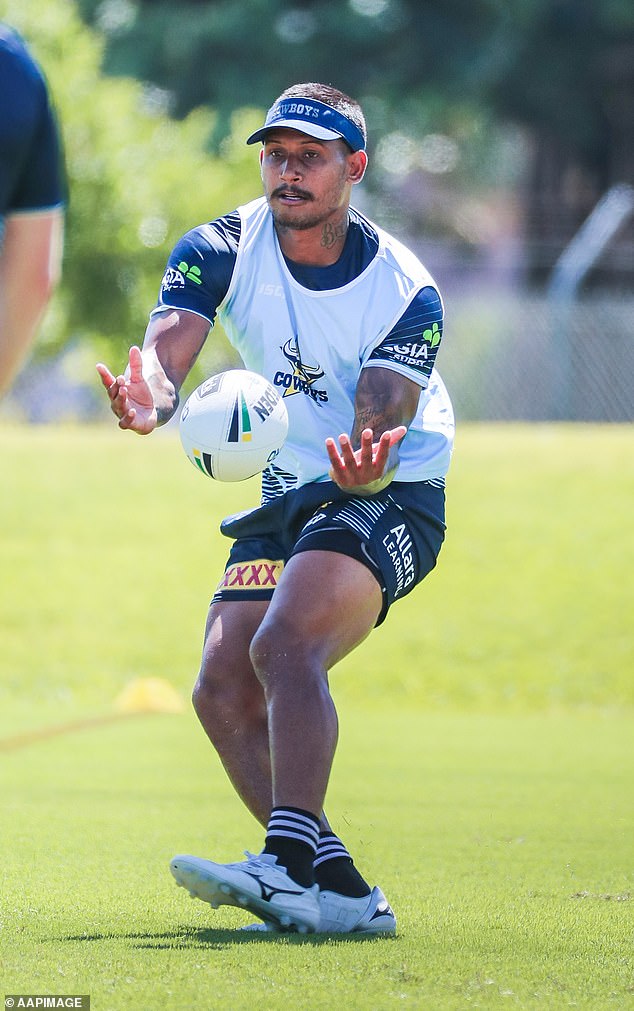