Ben Carson has plans to leave his post as Secretary for Housing and Urban Development (HUD) at the end of President Trump’s first term and return to the private sector.

Republican Carson made the announcement in an interview with Newsmax TV on Monday where he said the move was ‘likely.’

‘I would be interested in returning to the private sector because I think you have just as much influence, maybe more, there,’ he said.

President Donald Trump listens to remarks by Carson before signing an Executive Order establishing the White House Opportunity and Revitalization Council at the White House in Washington on December 12, 2018

Carson was appointed to the post by President Donald Trump following his failed presidential bid in 2016.

The appointment was widely questioned at the time as Carson had no experience in housing policy.

The pediatric neurosurgeon attracted early criticism in the role after emails showed Carson and his wife ordered a $31,000 dining room set to redecorate his office, as reported by the New York Post.

The ordering of the set was subsequently canceled.

In the interview with Newsmax TV Carson said he would ‘certainly finish out’ his term. 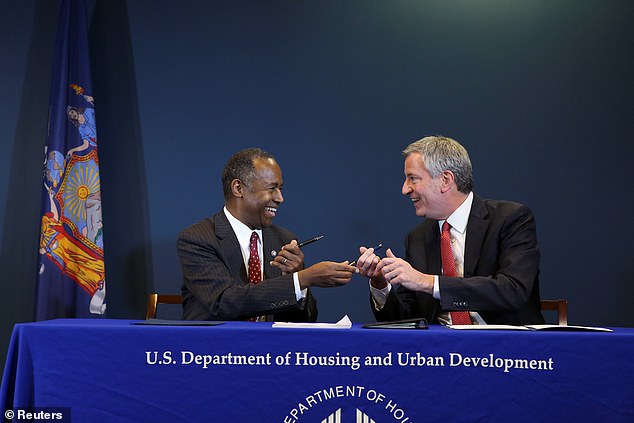 In April 2018 as HUD secretary, Carson put forward ambitious plans to change federal housing subsidies, which would see an increase in the rent of tenants receiving federal housing assistance.

At the end of January Carson signed an agreement with New York Mayor Bill de Blasio intended to correct mismanagement of the NYCH and announcing a new federal monitor for the city’s public housing authority.

His comments about stepping down from the role presume a second term is on the cards for Trump. 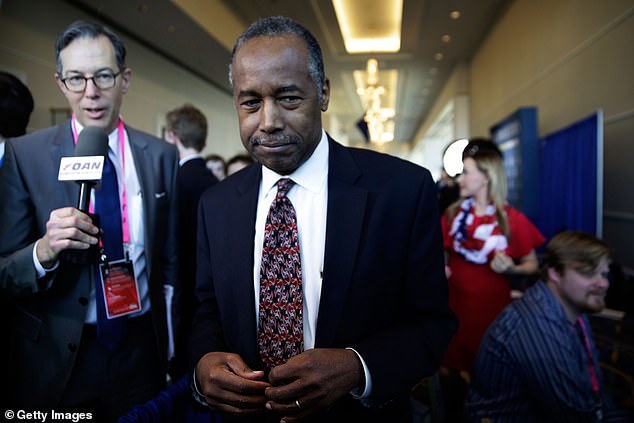