Ben Fordham announces he will host the Today show

It has been reported that Today host Karl Stefanovic, 43, will be ‘gradually phased out’ before fill-in presenter Ben Fordham permanently takes over next year.

And on Sunday night, the Australian Ninja Warrior presenter, 41, announced he will be taking Karl’s place on Channel Nine’s breakfast show for the next week.

Ben shared an Instagram photo of himself and Georgie Gardner, writing in the caption: ‘I’m hosting the Today show this week with this awesome human. Tune in.’

I wake up with… Ben Fordham! Ninja Warrior presenter confirms he is hosting the Today show this week amid rumours he will be Karl Stefanovic’s full-time replacement next year

Ben’s fans celebrated the temporary line-up, with some even claiming they made for a ‘much better combo’ than Karl and Georgie.

One follower wrote: ‘Great! You and Georgie have great working chemistry together. I definitely see this being a permanent one in the future for the Today show. Looking forward to the week ahead.’ 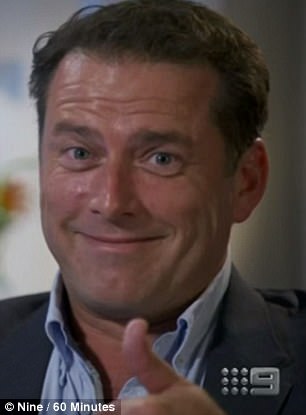 ‘Exit strategy’: The news comes after Woman’s Day alleged last month that Karl (left) will be gradually phased out before being permanently replaced by Ben (right) in 2019

The news comes after Woman’s Day alleged that Karl will be gradually phased out before being permanently replaced by Ben in 2019.

A source claimed last month: ‘(Nine management) plan to wheel Karl out as much as possible for 60 Minutes assignments, which will justify his absence from Today.

‘Ben Fordham will fill in while he’s gone, prepping him to take over in January 2019.’

According to the magazine, Karl will ‘disappear’ in November and ‘that will mark the end of Karl’s 13 years as host of Today.’

Back in October 2017, a network insider told The Saturday Telegraph that Karl had been ‘begging’ to leave Today.

It was even claimed that Karl felt ‘like a hostage’ in the role.