BREAKING NEWS: The stunning reason Australia’s most decorated soldier Ben Roberts-Smith is suing his ex-wife is revealed – just days before she testifies against him at defamation trial

Ben Roberts-Smith has sensationally taken legal action against his ex-wife Emma, accusing her of potentially hacking into his email account ahead of his defamation ‘trial of the century’ against Nine.

The reason behind the former Special Air Service trooper’s sudden lawsuit against Ms Roberts was revealed in the Federal Court on Friday by one of his barristers, Arthur Moses SC.

Mr Moses told the court that evidence showed Ms Roberts ‘had access’ to an email account used by Mr Roberts-Smith to speak with his lawyers about an inquiry into Army conduct in the Afghanistan war.

Mr Roberts-Smith is suing Nine over newspaper articles alleging he committed war crimes while deployed in Afghanistan – which he vehemently denies.

The court heard that Nine sought documents from Mr Roberts-Smith on April 19 relating to that case. Those documents apparently included emails and attachments from his account.

Ms Roberts is expected to testify for Nine at the trial.

Mr Moses told the court that Mr Roberts-Smith had also found emails ‘had also been deleted from the inbox and outbox’ of his account without his consent.

Ms Roberts was ordered to deliver all information in her possession, copies or data from the email account to the Federal Court by 2pm today.

She was also ordered to tell the court how she obtained the information, whether it was by herself or ‘agents’ including her friend Danielle Scott or anyone else who was potentially involved. 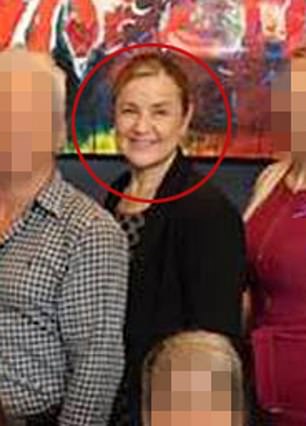 Ms Roberts handed over unspecified paperwork to the court on Friday morning.

Mr Moses said if such material had been handed to Nine it could cause legal issues with the defamation case.

The court heard the Federal Government will also seek to review whether Ms Roberts is in possession of material concerning the Afghanistan inquiry.

Orders were made for the separate lawsuit to go to hearing at a later date.

Mr Roberts-Smith, the recipient of the Victoria Cross, will be the first witness of an expected 60 to take the stand at his defamation trial next Monday.

An April pre-trial hearing heard that he is eager to ‘expose the lies’ he claims the newspapers had told about him.

‘He’s extremely anxious to do so,’ his lawyer Bruce McClintock SC said.

The trial will begin with an opening address from Mr Roberts-Smith’s lawyer, followed by the soldier giving evidence-in-chief and being cross-examined by Nine.

Character witnesses – originally to include the former Governor-General Dame Quentin Bryce – will then attest to the soldier’s reputation.

Nine will then present its case: that the serious allegations it has levelled against Mr Roberts-Smith are true.

The media company argues Mr Roberts-Smith was complicit in and responsible for the six alleged killings while on deployment and that they constituted war crimes. 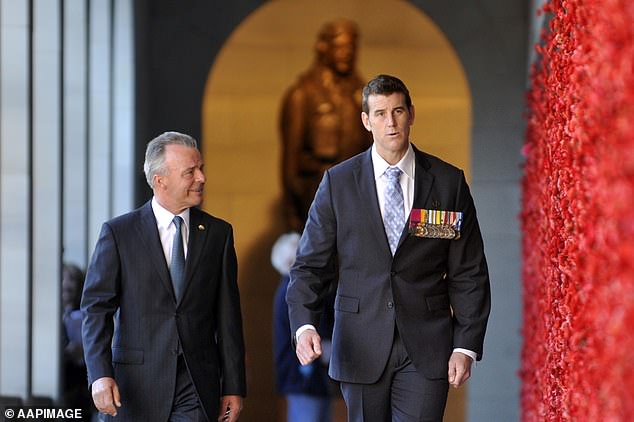 Mr Roberts-Smith’s reputation is on the line – as is how the country understands Australia’s role in the Afghan war. Above, the soldier at the Australian War Memorial

Ms Roberts, her friend, a former bodyguard to Schapelle Corby and Afghani villagers will be among those to give evidence.

Then Mr Roberts-Smith’s team will call evidence from his other witnesses. 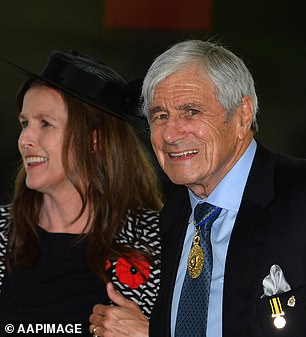 Much is on the line at the trial. Mr Roberts-Smith’s reputation would be in tatters if Nine successfully defends the action.

If Nine lost, it would be a devastating blow – both in financial terms, given hefty legal fees on top of multi-million dollar damages – but also for morale.

Also on the line are the egos of the country’s biggest media proprietors.

In audio obtained by 60 Minutes, Mr Roberts-Smith said he would be ‘f***ed’ without Mr Stokes’s financial firepower.