Ben Rutten insists he ‘absolutely’ wants to coach Essendon in 2023, despite 66-point loss to Tigers

Ben Rutten may appear a dead man walking after Essendon’s questionable handling of their Alastair Clarkson pursuit, but the Bombers coach insists he still sees himself in charge of the side in 2023.

Rutten’s position is seemingly hanging by a thread after the AFL club made a knee-jerk approach for supercoach Clarkson this week, in a bid to snatch the four-time premiership winner from North Melbourne.

However, the 54-year-old chose the Roos in a humiliating episode for the Bombers, with club chief David Barham revealing that Rutten’s future will be determined on Sunday, after Saturday’s game against Richmond.

And despite the axe looming over his head, Rutten is adamant that he will remain at the club next year.

‘Absolutely,’ he said when asked if he sees himself coaching the club in 2023 prior to the game at the MCG.

‘I really believe in the playing group we’ve got at the football club and what we’re building.

‘I’d love to be able to see it through and that’s certainly my intention at this stage.’ 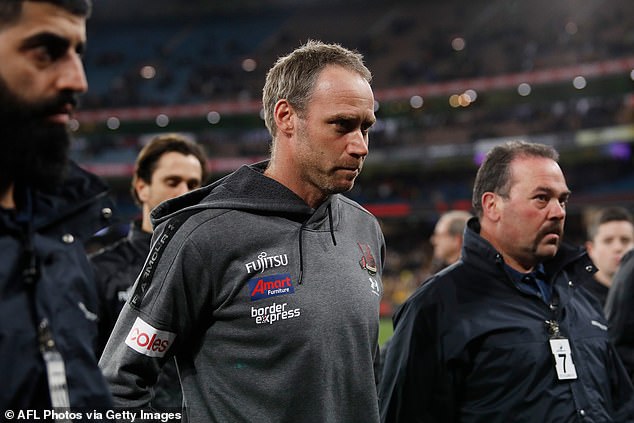 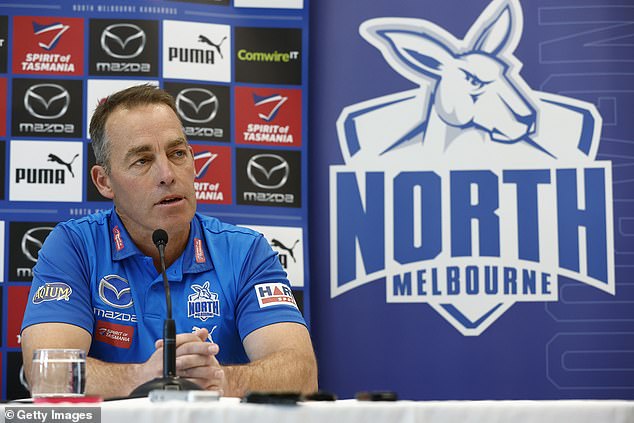 The Bombers hoped to lure Alastair Clarkson to the club, only for the four-time premiership winning coach to sign with North Melbourne on Friday instead

Rutten’s likely last AFL game as Bombers coach ended in defeat, as Richmond thumped Essendon by 66 points on Saturday but will sweat on a groin injury to superstar forward Tom Lynch ahead of the finals.

Lynch was substituted for Jason Castagna in the final quarter, after booting five second-half goals, to sour the Tigers’ otherwise impressive 21.15 (141) to 11.9 (75) victory at the MCG.

It had otherwise been a relatively routine win for Richmond, who sealed seventh place and added an exclamation mark to Essendon’s self-inflicted week of turmoil.

Rutten is contracted for next season but it appears he will be sacked after a board meeting on Sunday, days after the club’s botched attempt to lure now-North Melbourne coach Clarkson. 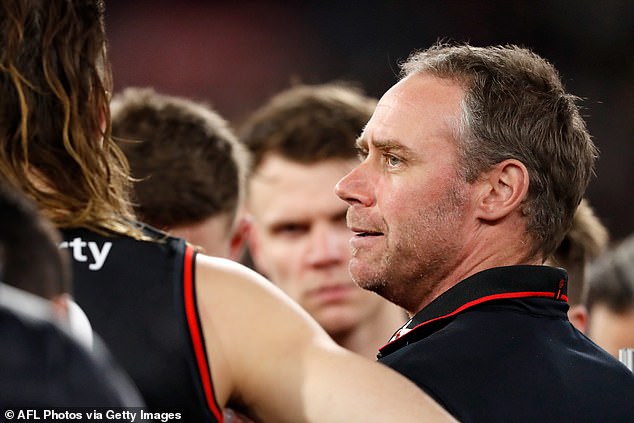 On Saturday night, Richmond kept Essendon at arm’s length for the first two quarters then kicked away to leave the Bombers languishing in 15th.

The typically reliable Dion Prestia (31 disposals, five clearances) was Richmond’s best in an even team performance, while Lynch exploded after the main beak. 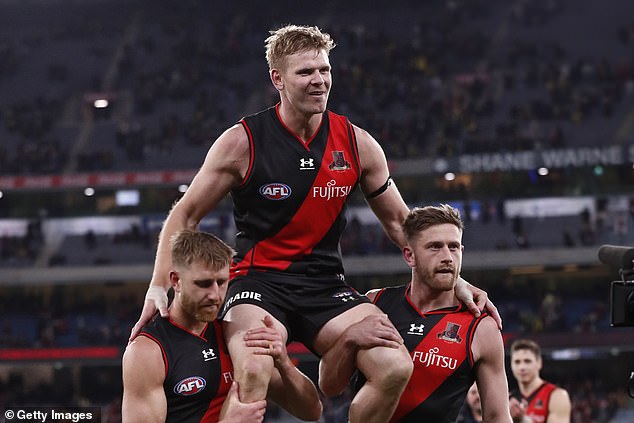 Hurley also had an emotional end to the night, marking close to goal late and kicking truly before waving to the Bombers’ supporters in celebration.

Defender Ben Miller drifted forward and goaled after the siren to give the Tigers a 19-point lead at the first change. 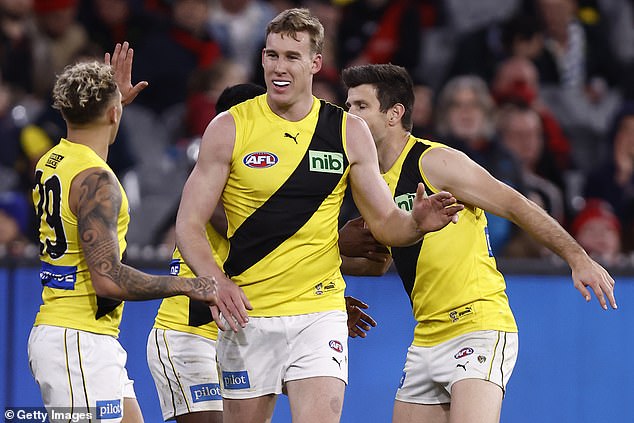 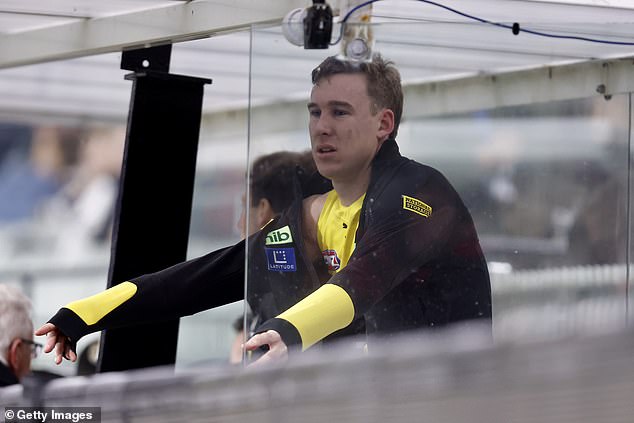 Essendon kicked the first two goals of the second term but were unable really get a foothold in the game.

Bombers dynamo Jake Stringer had to be substituted out of the contest after copping an accidental knee to the back of the head from Marlion Pickett, who had attempted to hurdle the forward.

Richmond maintained their 19-point lead at the main break and booted the first six goals of the second half to effectively lock up the four points midway through the third term. 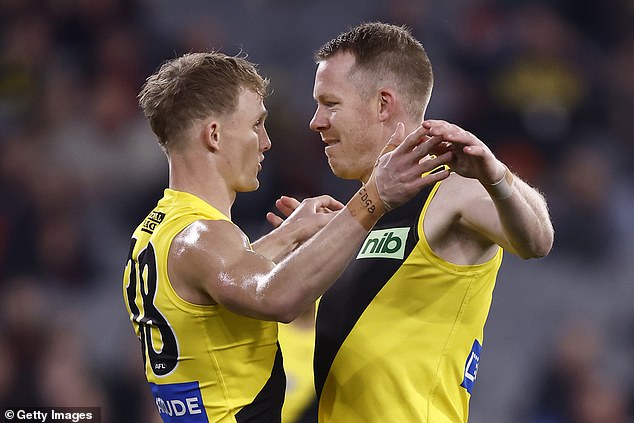 Lynch came to life, monstering Jayden Laverde to boot his first three goals of the match.

But the Tigers kept the foot down after the final change to nudge their winning margin beyond 10 goals, with only Lynch’s injury stopping their momentum.