Ben Stokes has paid tribute to his side’s ‘no fear of failure’ philosophy after they became the first in Test history to win 3-0 in Pakistan.

The England captain was at the crease when opener Ben Duckett hit the winning runs barely half an hour into the fourth morning of the final Test in Karachi, and Stokes immediately ascribed the riches of a remarkable few months – which has brought nine wins out of 10 – to a change in mindset.

‘When you take that burden off individuals and the team, you see players excelling and showing more within themselves,’ he said. ‘The ambition to win and play an entertaining brand of cricket, that overrides any fear of failure. No one is worried about getting out. 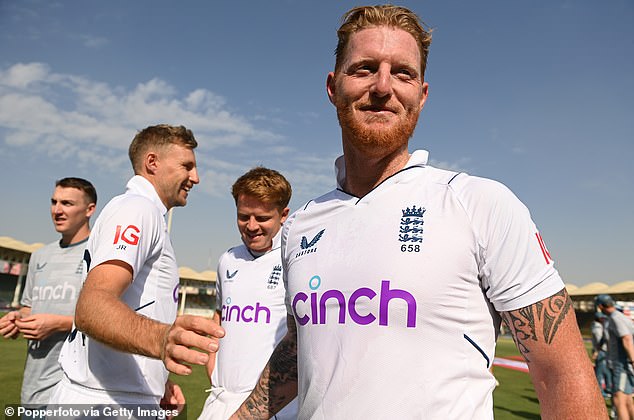 ‘I remember getting out for a duck in the first Test, and Ollie Pope said: “You’re in a good place, aren’t you?” You just accept getting out is part of batting. I think just releasing that fear of failure is why we’ve produced the results.’

Before this tour, England had won only two Tests out of 24 in Pakistan. In the past few weeks alone, they’ve added three to the tally.

‘It won’t really sink in until we get home or in the new year,’ said Stokes. ‘But we understand what we’ve done is pretty special – to win 3-0 out here will be something to be really proud of.’

And he was full of praise for his relationship with head coach Brendon McCullum after a series in which England have out-manoeuvred Pakistan at almost every turn.

‘I didn’t realise we’d be so aligned,’ he said. ‘They say opposites attract, but maybe not with captains and coaches. He takes credit for believing in me. He’s very straight to the point, and leaves no questions to be answered. As soon as his name came up, I knew he was the best person. 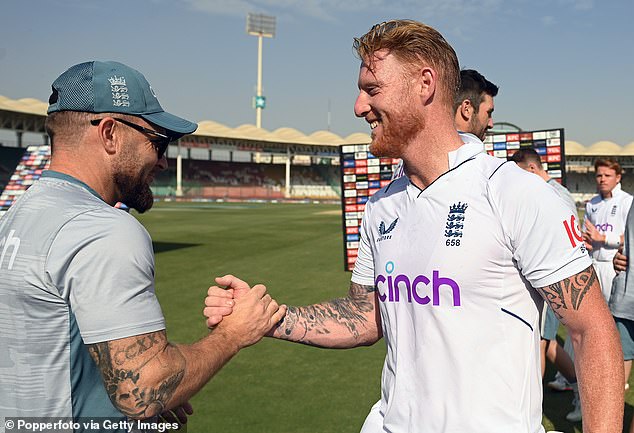 ‘I’m proud of everyone – we got through the external stuff, with the illness that’s been floating around, and everyone’s put the effort in. We’ve had some days out in the field when the bowlers have come off drained and not feeling great. But they’ve rested up and then they’ve all turned up again the next day.’

His Pakistan counterpart Babar Azam suggested Pakistan had thrown away the chance of a series win – despite being roundly outplayed for most of the three Tests.

‘A defeat like this hurts,’ he said. ‘We had two matches under our control, but we lost them. If we’d won those, this would be a different scenario. As a professional, you’ll have to accept these things.

‘But you have to credit England the way they’ve dominated, and the different way they’ve played their cricket.’