‘Great to be back hitting balls’: England talisman Ben Stokes raises hopes further of being fit for the Ashes as he bats for the first time in THREE MONTHS… and his last shot was a lot better than his first!


Ben Stokes increased hopes of his international comeback coinciding with the Ashes on Thursday when he publicised his return to hitting cricket balls.

Stokes, 30, posted a video on social media of a private batting session in the indoor nets at the Emirates Riverside in which he struck under-arm throw-downs from England physio Craig de Weymarn, who had travelled north to check on his progress following a second surgery on his left index finger last week.

And although England have told their Test vice-captain to take his time on a return to action following an unsuccessful first operation in April that contributed to him taking an indefinite break from the sport last summer to protect his mental health, performance director Mo Bobat acknowledged a change in mood when revealing the 14-man England Lions squad that will shadow the full side in Australia from November 4 onwards. 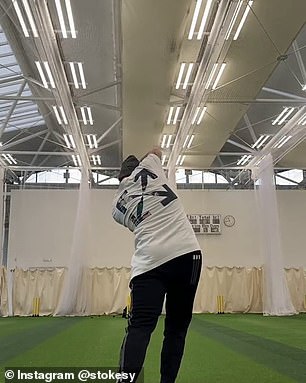 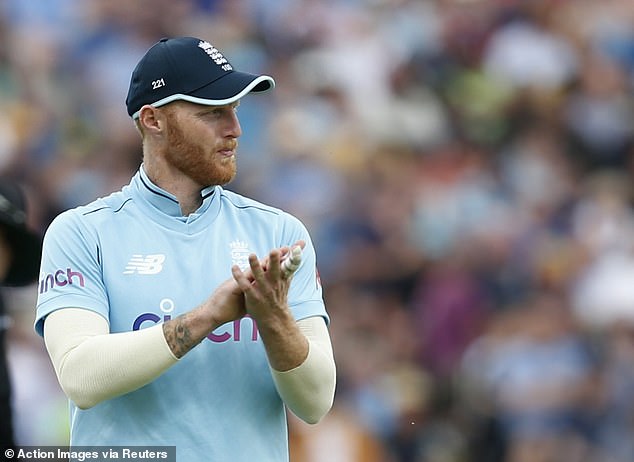 ‘As people are probably noticing more broadly, and we have noticed internally with all of our communication with him, to see his energy and excitement return, and him trusting his finger again – which is really important – is hugely positive,’ Bobat said.

‘Ultimately, given what he’s experienced and where he has been it is important that he and we move at the right pace for him.

‘There is certainly no expectation or pressure from us. It’s a case of us supporting Ben physically and however else we need to support him, so that he can continue to progress at the rate he would like to and at which he feels comfortable.’

Stokes, whose sensational hundred at Headingley two years ago inspired one of the great Ashes Test wins, was ‘not even thinking about cricket’ last month but appears to have been buoyed by an operation by Leeds-based consultant Doug Campbell on October 4 that finally allowed him to grip a bat handle properly for the first time since he fractured his finger at the Indian Premier League six months ago.

Bobat added: ‘It’s the same for any us, really. If there is something you love doing, something you feel you’re good at and you are inhibited and can’t do that, it’s difficult to take.

‘Certainly, it looks like the extra medical stuff that has happened, the removal of scar tissue and everything else he had done, has freed up his finger and given him that feeling of confidence back.’ 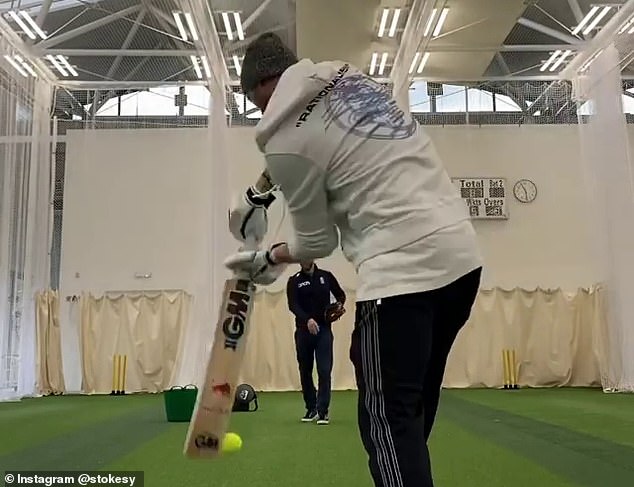 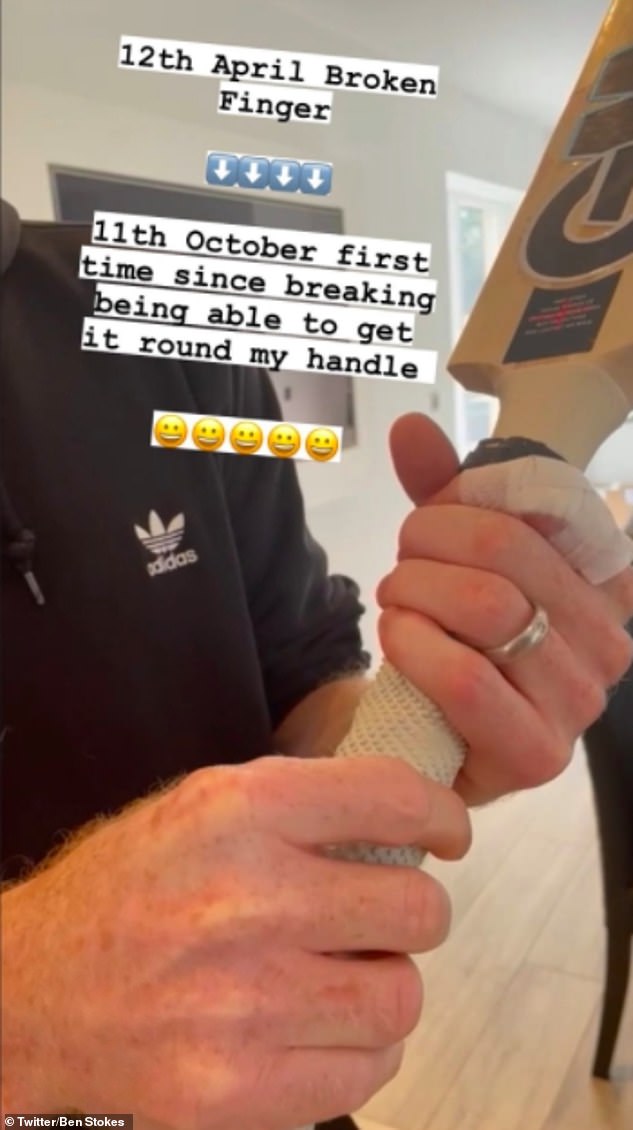 Tantalisingly, the first Test at the Gabba is eight weeks away, and Stokes could be match fit by mid-November.

Around the time that the full England team will play the Lions in a three-day intra-squad match, followed by a four-day fixture which is expected to have first-class status.

In all, 31 players have been chosen and Bobat confirmed that the ECB are open to individuals from outside the 17 Ashes squad joining the full tour.

Although the Lions trip ends on December 16, some might be asked to stay on, he said, while he did not discount turning to the likes of Liam Livingstone and James Vince, both of whom are expected to play in the Big Bash, in an emergency.

Livingstone did not make the cut for the second-string group because ‘from a red-ball perspective, it felt like there were other players ahead of him right now,’ Bobat said. 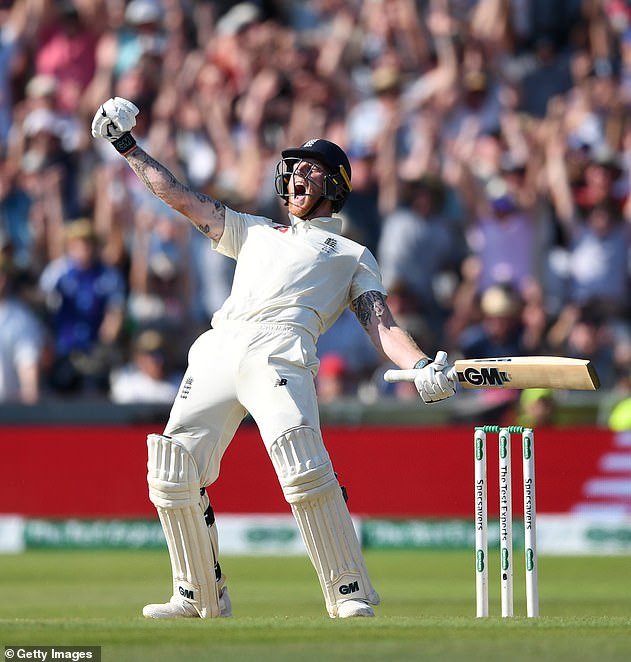 Those selected have been reminded of the minimum fitness levels required to board the plane in three weeks. The ECB’s multifarious physical testing works on a traffic light system in which two reds prove terminal.

However, ahead of a fortnight of training at the academy in Loughborough, Bobat insisted: ‘We try to work with players to catch them in, not catch them out.

Meanwhile, Will Pucovski, vying with Victoria team-mate Marcus Harris to open with David Warner in the Ashes, has suffered what is thought to be his ninth concussion after being hit on the head by a ball during state practice. The 23-year-old hit 62 on his Test debut versus India in January.