‘That will be another kind of game’: Benjamin Mendy claims Manchester City will be ‘on fire’ for Real Madrid in Champions League after slumping to a draw against Crystal Palace

Manchester City defender Benjamin Mendy has insisted that his side will be back to their best against Real Madrid in the Champions League after their draw with Crystal Palace.

Pep Guardiola’s side were shocked in the dying moments of their Premier League tie with Palace on the weekend after a Fernandinho own goal cancelled out Sergio Aguero’s late brace. The match ended 2-2 at the Etihad Stadium and made their title defence against an unbeaten Liverpool an even tougher, near impossible task.

The draw is one of several disappointing results this season for City in the league, but Mendy said they will be ‘on fire’ for their upcoming European match-up with Real Madrid. 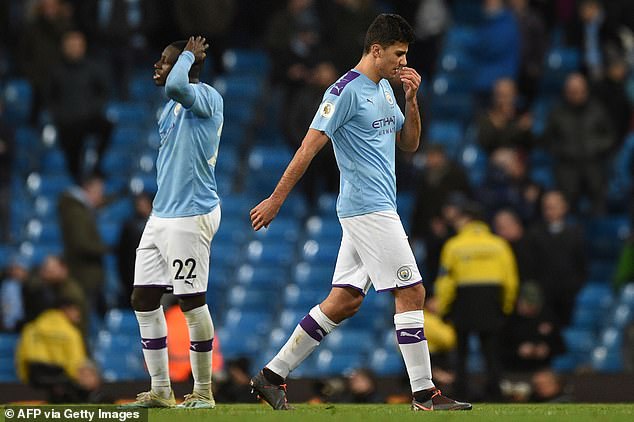 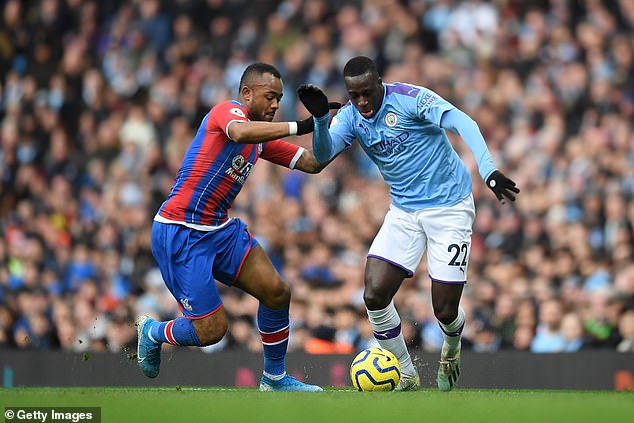 However, the left-back believes his side will be fully prepared for their Champions League tie

‘That will be another kind of game – Champions League, big game,’ the Frenchman said.

‘Every game is big, but everyone knows that this game will be watched by everyone, so mentally you have a feeling, the atmosphere, how you come to the game puts you on fire, excited.’

Manchester City have drawn the Spanish giants in the Round of 16 in the Champions League, with the first leg set to be played at Santiago Bernabeu on February 26.

The European title is the only one that Pep Guardiola has failed to win in Manchester since he took over in 2016 – despite his success in the competition with other clubs.

Domestically it hasn’t gone to plan this season for Guardiola, with rivals Liverpool running away in the league title race. Speaking on how the camp are dealing with it, Mendy explained: ‘We deal well with it. When another team is doing well you can’t be upset or angry.

‘We know when you start the season, after winning the league, you have to win most of the games. This is the truth, no-one can complain – they (Liverpool) are a good team, strong team who win, win and win, so in our dressing room we try to focus on us. 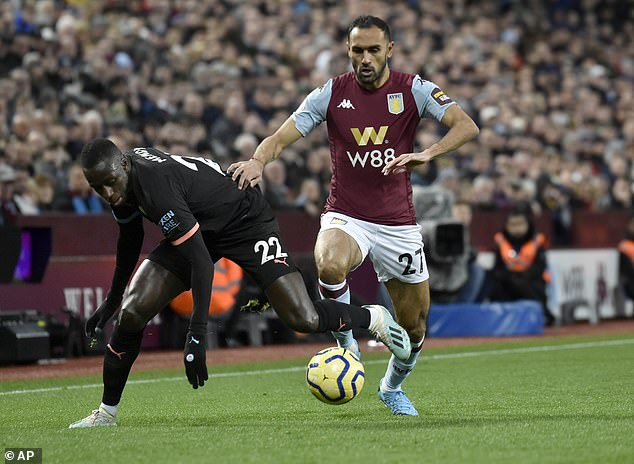 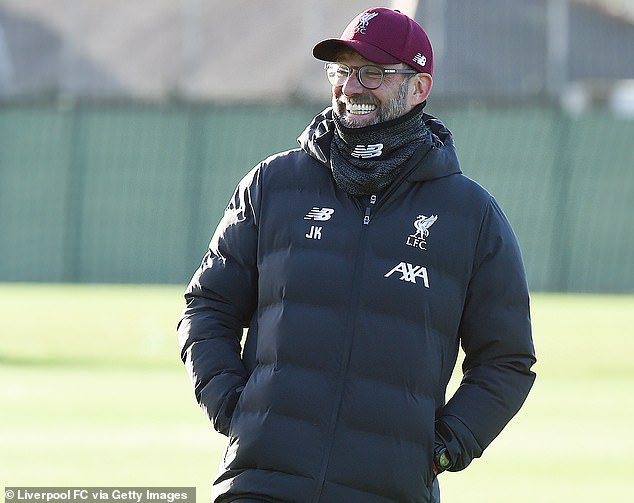 ‘All the people say Man City are finished, that we’re finished. They can say what they want – we will just keep focusing on us, play our football, win the games, to fight until the league is over.

‘When you have won two titles in a row, or even one, the next season is not easy. We have seen that other teams who have won the title have not reached the Champions League the season after – they were in the Europa League.

‘We won our first title, and then won again, and are now we are still second or third. It’s not easy in the Premier League – every team fights and believe they can do something.

‘That’s why this league is a dream, and we enjoy it so much. We don’t have the answer of what happened, but every player tries to give everything for the team.’