Shot of the year? Benoit Paire performs mesmering drop shot at the Swiss Open against Jozef Kovalik… with his sliced backhand producing so much spin that it bounced BACK over to his side of the net

Benoit Paire left fans in awe after producing one of the shots of the year in the first round at the Swiss Open.

After getting on the front foot following an emphatic first serve in his match against Jozef Kovalik, Paire got everyone off their seats with an outrageous drop shot at the net.

The Frenchman sliced a backhand drop shot with so much spin that it bounced back over to his side of the net in the 6-3 7-6(2) win over his Slovakian opponent.

Paire put on a show on Monday, a far cry from his recent display at Wimbledon – which attracted plenty of criticism.

At Wimbledon, the 32-year-old was heckled by the crowd and sanctioned by the umpire for not trying during his opening round defeat to Diego Schwartzman.

The Frenchman, one of the most divisive figures in tennis, was 6-3, 6-4, 5-0 down against Schwartzman at Wimbledon before the match took a peculiar turn.

Paire played two soft returns into the net before being given a court violation for poor sportsmanship. 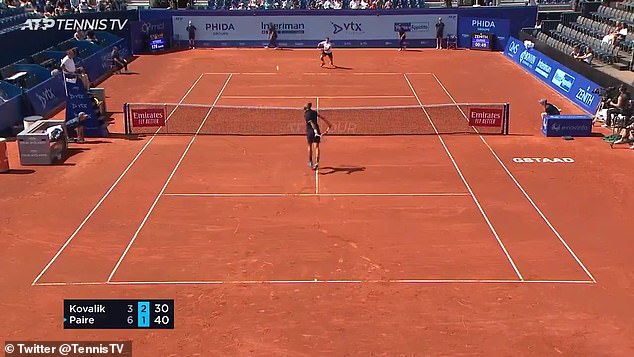 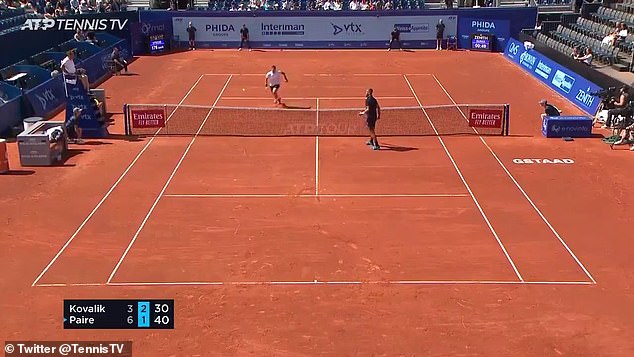 Kovalik hurries to return the ball, but the Frenchman’s drop shot beat him all ends up 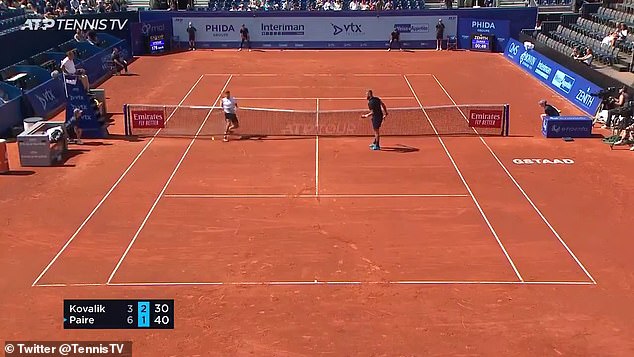 And then when arguing with the umpire, a fan shouted to him: ‘You’re wasting everybody’s time.’

And after losing the match, Paire said: ‘I do not care about the people. I play for me and that is it.’

Paire has struggled in the coronavirus tennis bubble, and has continually voiced his frustrations over the restrictions.

But Paire appeared he was returning to his stylish ways as he saw off Kovalik in straight sets to progress to the second round of the Swiss Open. 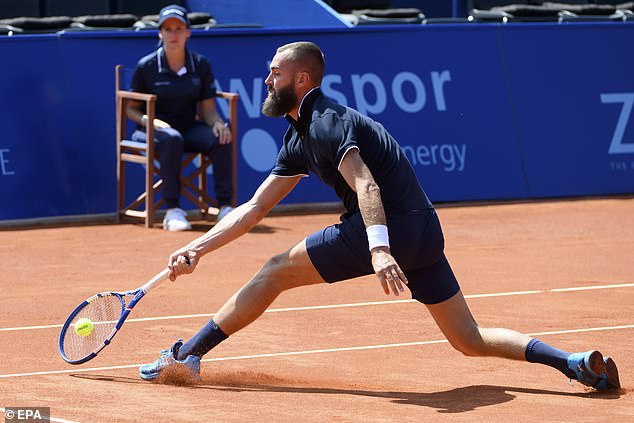