Karim Benzema is slammed for being ‘cavalier’ after not turning up again at second day of his sex-tape blackmail trial, with a decision to be made on Friday over a potential conviction and up to five years in jail

By Max Winters and Sam Mcevoy For Mailonline

Karim Benzema has been described as ‘cavalier’ after failing to show up again to his three-day trial for involvement in an alleged attempt to blackmail former France team-mate Mathieu Valbuena over a sex tape.

The legal team acting on behalf of the Real Madrid striker – who was not present on either Wednesday or Thursday – told the court in Versailles on day one that professional obligations made it ‘impossible’ for him to attend.

Benzema had played in the Champions League in Ukraine the night before the first day of the trial and is now training for Sunday’s El Clasico clash with Barcelona in LaLiga – one of the biggest games in world football.

The 33-year-old featured in Real Madrid’s 5-0 Champions League rout over Shakhtar Donetsk in Kyiv on Tuesday, which saw the Frenchman score the final goal.

Investigators allege that Benzema encouraged Valbuena to pay a group of alleged blackmailers in order to keep the sexually explicit tape out of the public eye.

Benzema has denied wrongdoing and his lawyer has described the case against the player as ‘absurd’. 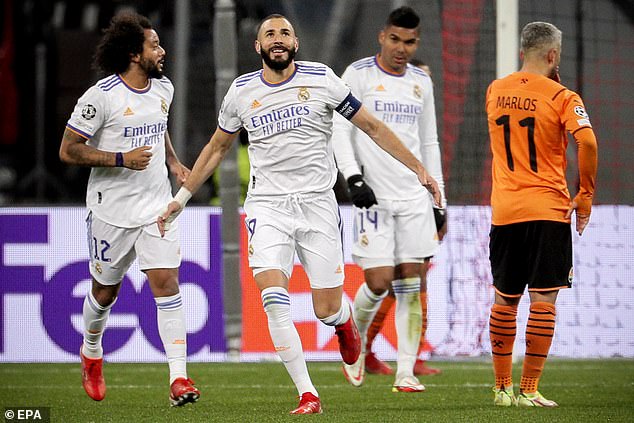 Benzema failed to show on Wednesday due to ‘professional reasons’ after playing in Ukraine and now preparing for Sunday’s El Clasico clash with Barcelona, said his lawyer

But now the President of the Tribunal has furiously condemned Benzema’s absence from the trial and its potential impact on the case.

He said on Thursday morning: ‘I find it cavalier that he is not here and that we do not have many resources presented to us on this element of the trial.’

Valbuena will also miss the afternoon session on Thursday as he leaves for Frankfurt in Germany to play for Olympiacos in the Europa League – European football’s secondary club competition.

According to French radio station RMC, a verdict in the trial could come as soon as Friday with Benzema facing up to five years in jail and a £63,000 (€75,000) fine if convicted. 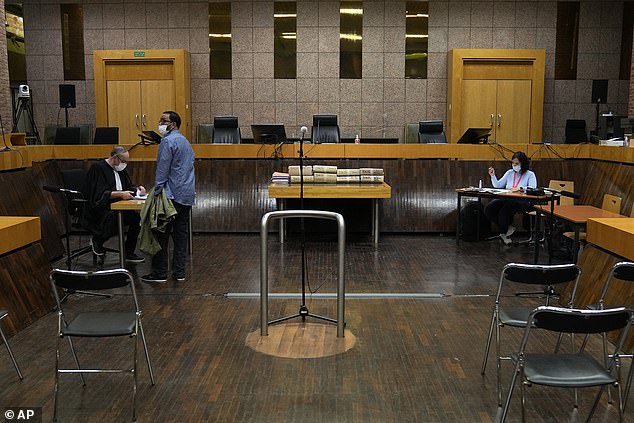 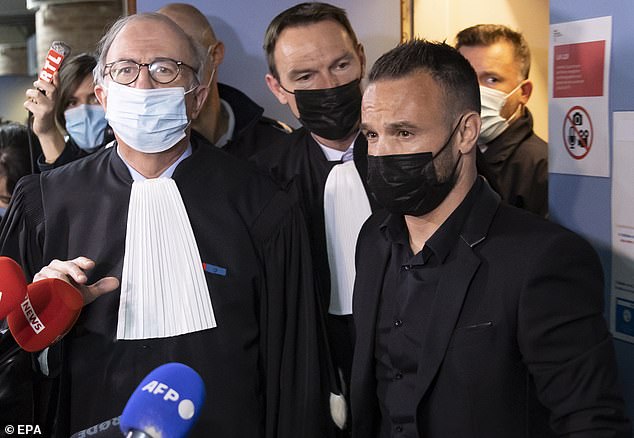 As reported by Marca, he said: ‘This matter, from day one, has had a huge impact on both sides.

‘Judicial information was produced by leaks in the press. Both learned of Benzema’s participation more from the press than from Valbuena himself. It has repercussions.

‘Beyond that, it is a case in which Benzema has always remembered his total innocence. He does not get involved directly in the exchanges that concern other defendants.

‘His voice is easy to carry: he intervened in a single conversation with Mr. Valbuena to offer, if he so wished, freely and without consideration, to try to prevent this sex tape from coming out.’

Benzema and Valbuena lost their places in France’s national team in the wake of the scandal, dubbed the ‘sex tape affair’. 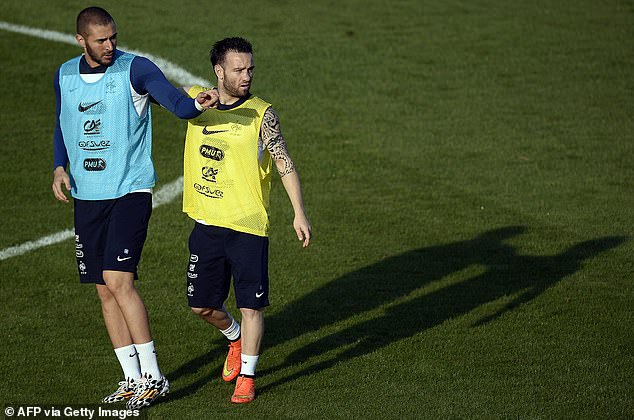 Benzema was recalled to the France squad for this year’s European Championship and the trial comes at a time when the 33-year-old striker is shining for club and country.

Prosecutors say Valbuena received a first call threatening to expose the sex tape in early June 2015 while at the French squad’s training centre in Clairefontaine, west of Paris.

The anonymous caller said he wanted to ‘come to an arrangement’ with Valbuena and told him to name an intermediary.

Prosecutors allege Benzema was recruited by the alleged blackmailers to convince his team-mate to pay up.