Tomic had to battle hard against the top seed, saving four match points in a tense final set before wrapping up the match in two hours and 15 minutes.

The Australian sent down 12 aces and won 70 percent of his first serves to claim his first title since his victory in Bogota in 2015.

The last few years have been hard on Tomic, who slipped out the world’s top 20 after a significant slump in form.

The Australian has faced criticism from back home for a perceived lack of effort out on court and questions abound over his temperament.

This year, Tomic has managed to mostly stay away from the sort of unwanted headlines that have dogged him in the past, and has climbed to 123 from 243 in the world rankings since May. 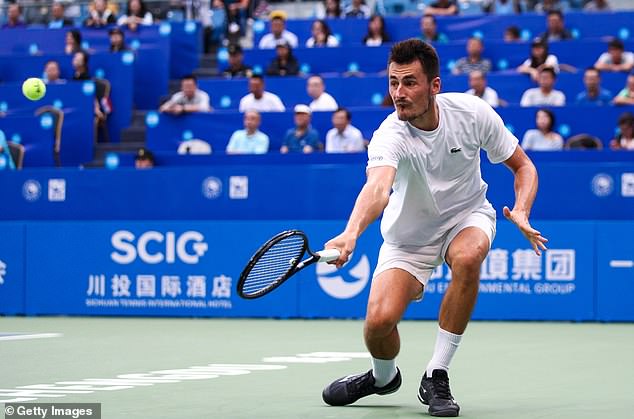 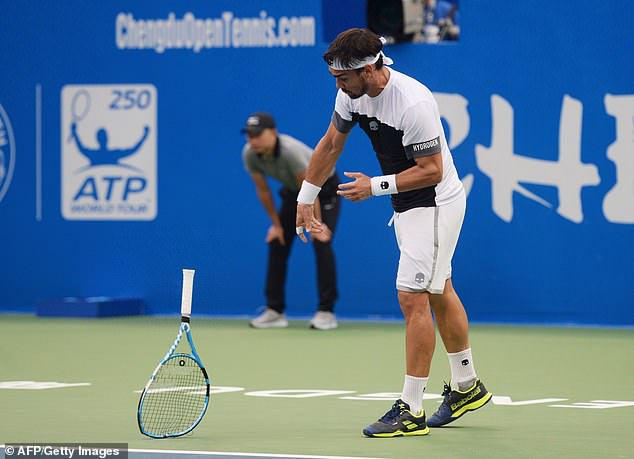 He started poorly against Tomic but settled into his stride in the second set, levelling the match at one set apiece to set the stage for a thrilling finale.

Both players exchanged breaks of serve at the start of the final set, before Tomic broke again to open up a 3-1 lead.

Fognini rallied to level at 3-3 and the match went to the tiebreak where the Italian carved out an early advantage, racing into a 5-2 lead before suffering a startling reversal.

Tomic survived four match points before Fognini sent a forehand long to hand the Australian a match point of his own.

The 25-year-old made no mistake, sealing the win with a powerful crosscourt forehand before collapsing to the court in celebration. 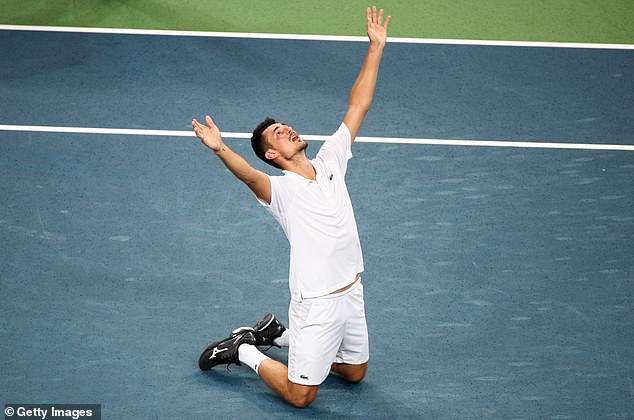 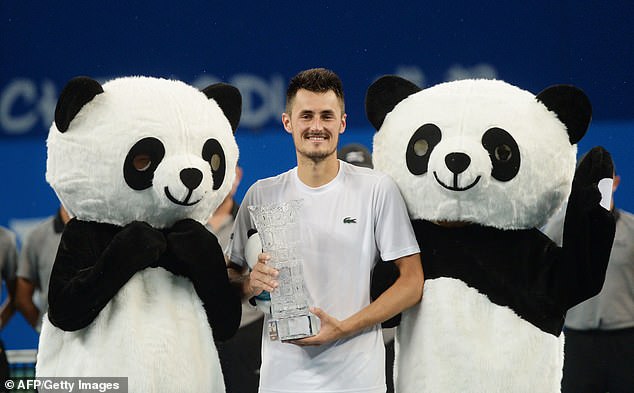 Tomic poses with two people dressed as pandas, who are native to the Sichuan province