Arsenal goalkeeper Bernd Leno is desperate to leave before the January transfer window slams shut with Newcastle United reportedly interested in a loan deal until the end of the season.

Leno started the season as the first-choice, but the German has dropped down the pecking order at the Emirates Stadium, and he now wants to leave the north London outfit for regular game time, according to Football London.

England international Aaron Ramsdale was brought in during the summer to provide competition for the 29-year-old, but his impressive form has seen him keep hold of the No 1 shirt for the majority of the season.

Leno, who joined the Gunners from Bayern Leverkusen in 2018, has only played seven times this campaign with only three of those coming in the Premier League.

Newcastle currently have Martin Dubravka as their first-choice goalkeeper, but Leno is very much on their radar, as they look to shake things up under Eddie Howe and the Magpies new ownership as they bid to avoid relegation.

It’s also understood that New England Revolution goalkeeper Matt Turner is a target for the north Londoners, who are working on a deal to bring the 27-year-old to the club, as they plan to replace Leno in the final days of the window. 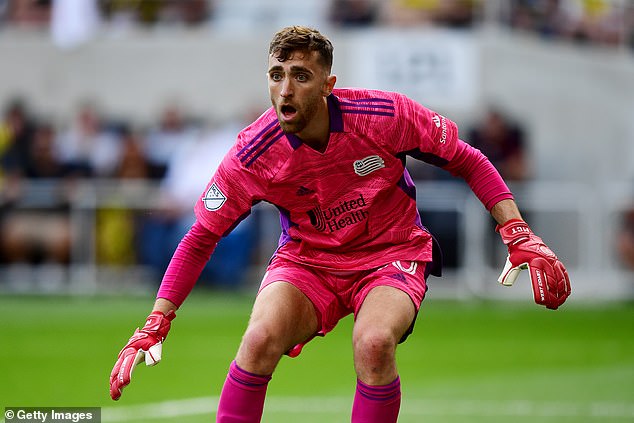 Talks are underway with the MLS for the New England Revolution keeper with Arsenal looking to wrap up a deal swiftly.

Turner has 13 caps for USA and was a member of their CONCACAF Gold Cup winning side last summer.

The offer is understood to be around £5million with add-ons taking it to £7m.

The Gunners do have some young talent among their ranks with the likes of Arthur Okonkwo, James Hillson, and Karl Hein.

Hein, 19, has however joined Championship side Reading on loan until the end of the season.

The shot-stopper has played six times for the Gunners’ under-23s side this season in the Premier League 2 – keeping one clean sheet and conceding eight goals in the process.

Boss Arteta still has Okonkwo and Hillson at his disposal, which could be good options for the bench, if Leno is to leave in the coming days.

However, this would leave Arsenal short in the goalkeeper department, so if they could bring Turner in, then this would be the ideal option.