Bernie opens up attack on centrist Third Way group after it calls him an ‘existential threat’ to the Democratic Party, then vows to break up the ‘major banks’

Vermont Sen. Bernie Sanders opened up an attack on a centrist think tank whose head called him an ‘existential threat’ to the Democratic Party.

Sanders, who is running second in national Democratic Party polling, took on his ideological critics days after giving a speech in defense of democratic socialism.’

‘I was called quote an existential threat to the Democratic Party,’ Sanders said Saturday, as he opened up a speech to party delegates and activists with a slam on the group, which he said took Wall Street money.

‘Why am I an existential threat?’ he asked. ‘Maybe its because my administration will finally take on the insurance companies and the drug companies and pass a Medicare for all’ bill, he said.

Vermont Sen. Bernie Sanders teed off on a group that called him an ‘existential threat’ to the Democratic Party

At Third Way’s convention in Charleston on Tuesday, the group’s president drew a sharp line separating Sanders and other potential nominees, most of whom are on hand in Columbia for a state party convention Saturday. 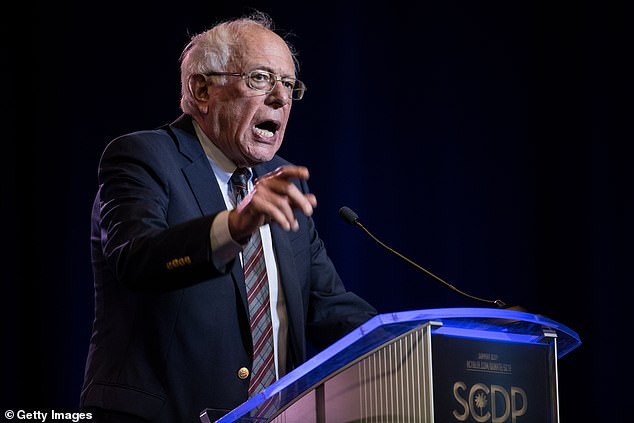 Sanders vowed to ‘break up the major banks on Wall Street and lower interest rates for consumers,’ he said 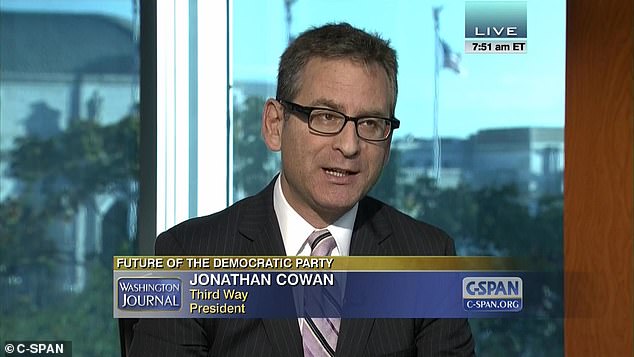 “But I don’t believe a self-described democratic socialist can win,” he said, the Guardian reported.

Sanders ‘has made it his mission to either get the nomination or to remake the party in his image as a democratic socialist,’ said Cowan. ‘That is an existential threat to the future of the Democratic party for the next generation.’

Sanders continued to tee off on the group in comments immediately after his speech,

‘I don’t care who they prefer,’ he said. ‘That’s not what I’m talking about. But I am talking about the need to have a Democratic Party that represents the needs of working families in this country. The working class that has been decimated over the last 45 years and to stand up to Wall Street and the insurance companies and the drug companies and the fossil fuel industry,’ he said.

Sen. Elizabeth Warren of Massachusetts, who has not run afoul of the group, called for ‘big, structural change.’

‘The time for small ideas is over,’ she said in her remarks.